Skeletal remains found in 1964 belong to a previously unrecognized type of plesiosaur that bear an unusual resemblance to the fabled Loch Ness Monster. 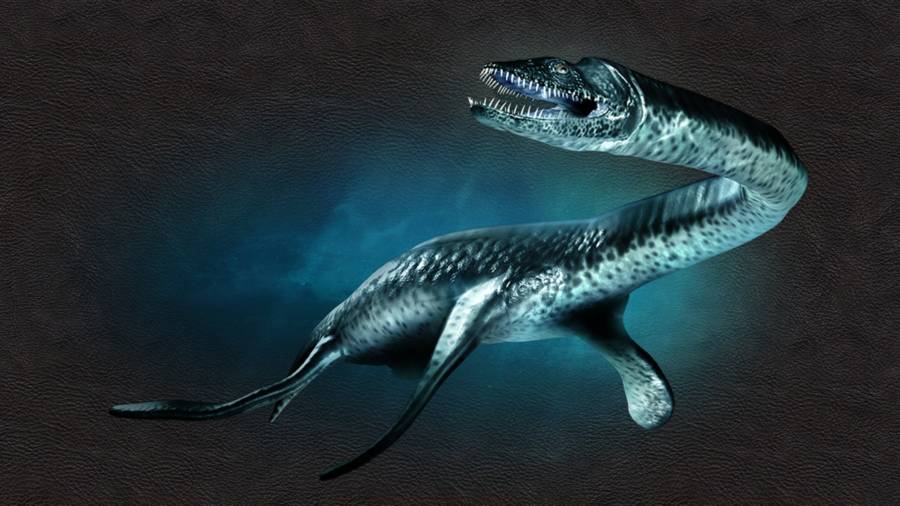 Skeletal remains found in 1964 belong to a previously unrecognized type of plesiosaur that somewhat resembles the Loch Ness Monster, the fabled creature said to reside in its namesake lake in the Scottish Highlands. Obtained by private collectors in 1964, scientists said the remains were part of an eight meter-long skeleton (not pictured). Only recently were experts asked to identify the ancient creature by the Lower Saxony State Museum in Hanover, Germany.

Plesiosaurs were an especially formidable type of dinosaur, which roamed the seas between 65 million and 203 million years ago. They were ferocious predators that went extinct with the last of the remaining dinosaurs after the Cretaceous-Paleogene extinction event some 65 million years ago.

The newly identified plesiosaur has been named Lagenanectes richterae, Latin for “Lagena swimmer,” so called for the German name for the Leine River during medieval times. It was also named after Dr. Annette Richter, who prompted the fossil’s identification, and who is also the Chief Curator of Natural Sciences at the Lower Saxony State Museum.

Plesiosaurs were known for their long necks and could reach a size of up to 56 feet in length. The remains in Saxony include a majority of the skull, vertebrae, ribs, and bones that once moved its flippers to propel it through the sea.

“The jaws had some especially unusual features.” said Dr Jahn Hornung a paleontologist and coauthor of a new paper detailing the findings. “Its broad chin was expanded into a massive jutting crest, and its lower teeth stuck out sideways. These probably served to trap small fish and squid that were then swallowed whole.”

Scientists theorize that the dinosaur’s jaws may have contained “nerves linked to pressure receptors or electroreceptors on the outside of the snout that would have helped [it] to locate its prey.”

The bones of this particular animal displayed signs of a chronic infection that may have ultimately killed it.

“The most important aspect of this new plesiosaur is that it is amongst the oldest of its kind,” noted Dr. Benjamin Kear of the Museum of Evolution at Uppsala University in Sweden, and the senior author of the paper. “It is one of the earliest elasmosaurs, an extremely successful group of globally distributed plesiosaurs that seem to have had their evolutionary origins in the seas that once inundated Western Europe.”