A copy of the oldest known coloring book, from 1760, was discovered in the Missouri Botanical Garden's library. 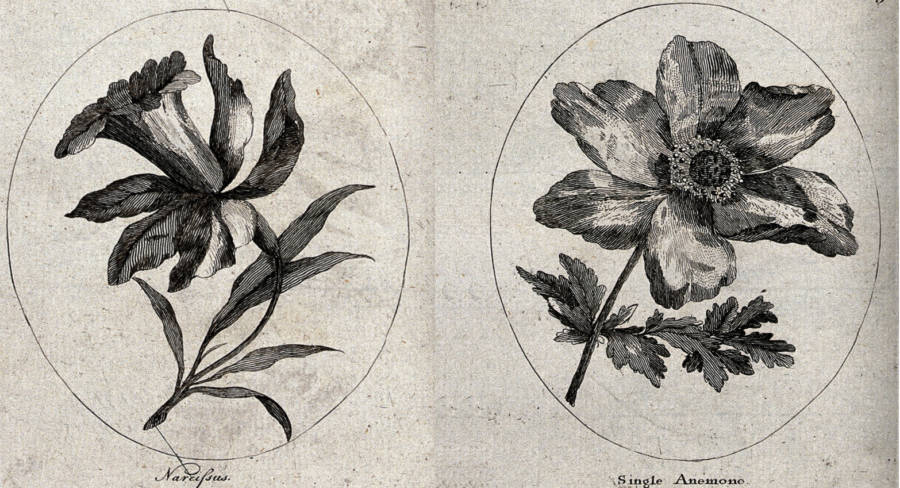 An 18th-century coloring book was recently found buried the back shelves of the Missouri Botanical Garden’s library, according to the St. Louis Post-Dispatch. This coloring book, printed in 1760, predates all other known coloring books by nearly 100 years.

The 257-year-old book was published by London printer Robert Sayer and entitled “The Florist.” The pages of this book contain 60 outline drawings of various flowers, leaves, and plants. At the time, the Linean system of classification, in which all living things are given a two-word Latin name, had just been developed, and botany had become a craze with the British upper class.

Unlike the many botany books at the time, this book was not for the purpose of educating people on fauna, but merely designed as entertainment. In his introduction, the publisher explains that the book is a “new work intended for the use & amusement of gentlemen and ladies delighting in that art,” and gives instructions on “drawing and painting according to nature.”

Along with the coloring book, the publisher sold a number of pigments for watercolor, as pre-made paints were not readily available at the time.

Luckily, the copy discovered in Missouri had not been painted in and thus remains in its original state. It appears that the owner of the book only used it for pressing and preserving flowers, which left a number of stains on blank pages, but left the art untouched.

This light use makes it the most well-preserved copy of the book known to exist. It is one of only ten extant copies of the book and only the second in the United States.

This rare book was discovered by a curious botanist with the garden, who was researching botany books from the 18th century and came upon a reference to the coloring book. When she looked up the book in the library, she was surprised to find that they had a copy of this rare text available.

The Missouri Botanical Garden’s library has now digitized the book, and you can now download and print out images from “The Florist”, so that you can color the same images that Victorian elites were coloring over 200 years ago.

Next, read about the bizarre rare book collection at Yale University. Then, check out some contemporary artists who are turning old texts into beautiful book art.