Woman Smashes 91-Year-Old With Brick And Tells Him “Go Back To Mexico!”

"There was a lot of blood on his head and face. He looked like his mouth and teeth were broken."

On July 4, 91-year-old Rodolfo Rodriguez found himself in the hospital covered in blood and bruises.

Rodriguez had traveled to Willowbrook, Calif. from Michoacan, Mexico to visit family who lived in the city in Los Angeles County. It’s a trip Rodriguez makes about twice a year and everyone in the neighborhood knows him, said Erik Mendoza, Rodriguez’s grandson.

Rodriguez was taking a walk at around 7 p.m. when he walked past a little girl and, presumably, her mother. 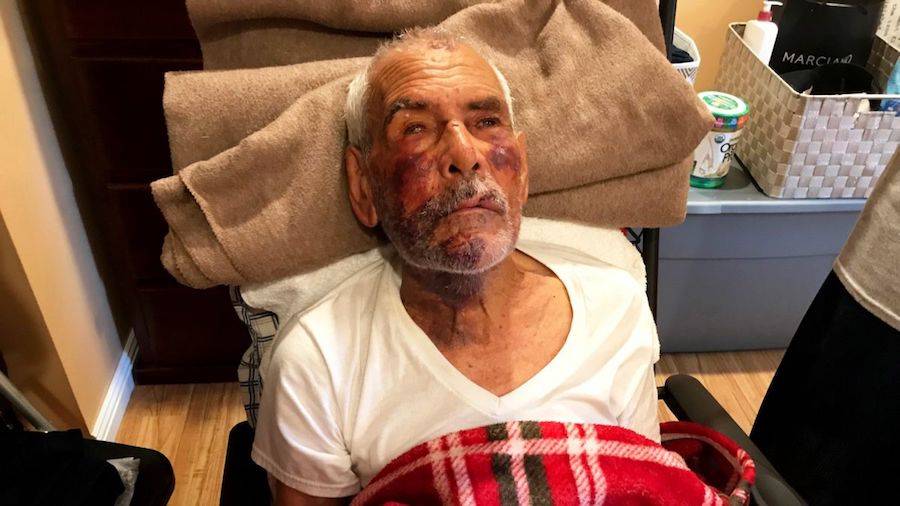 According to Misbel Borjas, a witness who was driving by, Rodriguez bumped into the young girl accidentally, which prompted the mother to push the elderly man to the ground. She then began to bash him in the face with a concrete brick she picked up while yelling, “Go back to your country! Go back to Mexico!”

“When I tried to videotape her with my cell phone, she threw that same concrete block, tried to hit my car,” Borjas said.

After the woman had hit Rodriguez with the brick, she enlisted a group of nearby men to continue beating him up. Rodriguez said the men began to kick him while he was laying on the sidewalk.

Borjas called the police, then exited her car and waited for the ambulance to arrive. 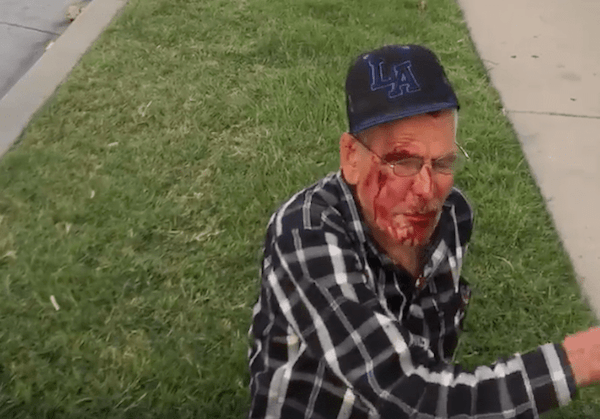 Rodriguez, who is turning 92 in September, said he didn’t remember when the woman picked up the brick but that he was hit repeatedly with it.

Mendoza, meanwhile, had gone out to look for his grandfather. He had realized Rodriguez was missing when the fireworks display was about to start and found him on the ground next to a bloodstained sidewalk.

Rodriguez told his grandson in Spanish that he couldn’t walk and, “I’m in so much pain.” 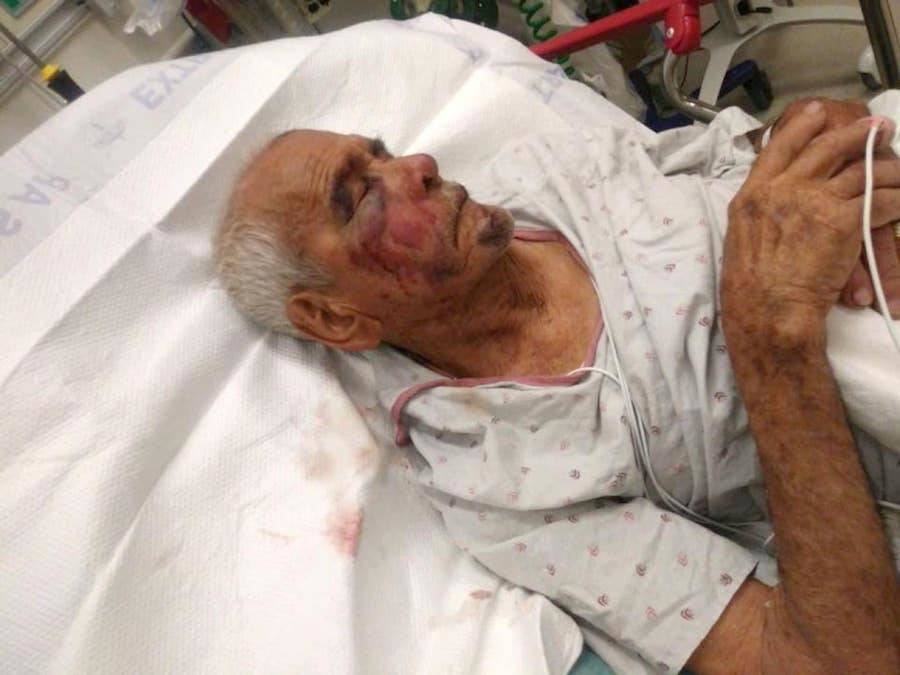 Erik MendozaRodolfo Rodriguez in the hospital after the attack.

Mendoza said his grandfather was taken to the hospital, where he remained for four or six hours with two broken ribs, a broken jaw, broken cheekbones, and bruises across his face.

The woman reportedly ran up to the group of men and told them Rodriguez was trying to take her daughter away from her.

“But that’s not true,” a crying Rodriguez said while recovering at his family’s home. “In the years I have been alive I have never offended anyone.”

“We are concerned, especially with the type of crime they committed,” Robinson told KTLA5, particularly because the child allegedly witnessed the whole thing. “We can’t have these kind of people like that out in the streets,” said Robinson.

Sheriff’s Det. Carlos Cueva reported that no one has been apprehended yet.

Mendoza said he just wants police to find the suspects. “That’s all our family wants, justice for our grandpa.”