Mistakenly-Released Inmate Granted Freedom For Good Behavior On The Outside

A paperwork error wrongly released Rene Lima-Marin from prison — and gave him the chance to eke out a new life. 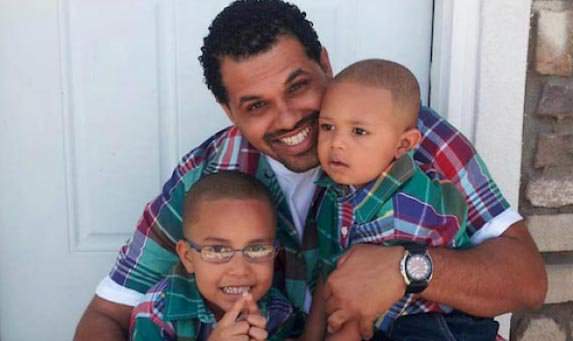 After robbing two video stores in 1998, Rene Lima-Marin — who was 21 at the time — received a 98-year prison sentence.

When authorities accidentally released him in 2008, he didn’t take his second chance for granted.

Before being rearrested six years later — when the mistake was realized by authorities — he had found a job, gotten married, bought a home and started a family.

“It would be utterly unjust to compel Lima-Marin, at this juncture, to serve the rest of his extremely long sentence,” Samour wrote in his 165-page verdict.

The mix-up boiled down to a paperwork error in which Lima-Marin’s sentences were described as being served “concurrently” instead of “consecutively.”

He was released in 2008 and his absence wasn’t noticed until 2014, when a prosecutor couldn’t find his name on the Department of Corrections website and alerted the authorities.

The father-of-two was rearrested that night on the same charges he was locked up for in 2000: kidnapping, burglary, aggravated robbery, and use of a deadly weapon during the commission of a crime.

He was essentially given a life sentence, though no one was injured in the robberies.

“In effect, after its utter lack of care led to Lima-Marin’s premature release and prolonged erroneous liberty, in January 2014 the government decided to compensate for its transgressions by swiftly turning back the clock and returning Lima-Marin to prison — not through the use of a magic wand or the invention of a time machine built out of a DeLorean, which might have transported him back to his life in April 2008, but through the simple issuance of an arrest warrant, which merely put him back in prison, disregarding everything that had transpired between April 2008 and January 2014,” said Samour.

Ignoring how Lima-Marin — who Samour described as an “asset to society” and an “outstanding citizen” — behaved during his time outside is essentially ignoring the purported main purpose of the American prison system: rehabilitation.

Three quarters of U.S. prisoners are rearrested on new charges within five years of release. Nearly two-thirds of felons struggle with unemployment after release.

“This is a really uplifting case,” Lima-Miran’s attorney, Kimberly Diego, said. “The judge was very thorough, took a lot of time and gave this case a lot of attention. You can tell he wanted to make sure this was perfect. We are thankful that he took the time that he did.”

Next, learn check out a new study finding that black Americans are wrongfully convicted at far great rates. Then, read about investigators who discovered that private prison inmates were denied heat and hot water for months.