The portrait of a fictitious, 18th-century man is the first piece of art created by an algorithm to be sold by an auction house. 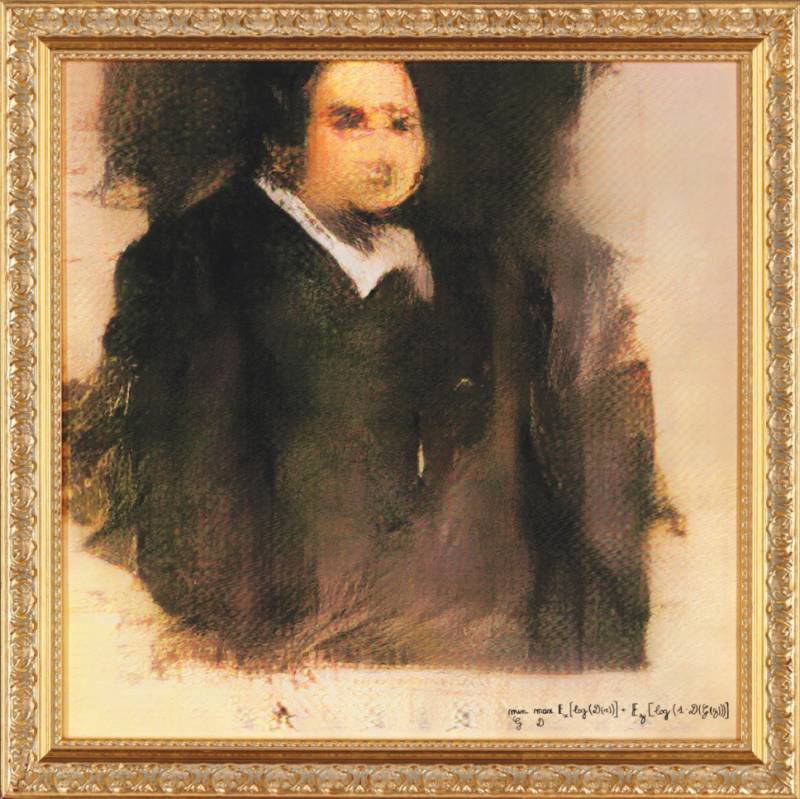 A portrait that was created by an algorithm instead of an artist is currently up for sale and set to fetch a high price at one of the world’s most prestigious auction houses.

The artwork up for auction at Christie’s in New York from Oct. 23-25 is titled Portrait of Edmond Belamy. It was created using an algorithm and artificial intelligence, according to the auction house. The only thing that identifies this piece of art as one not created by a human is a tiny signature of the AI’s algorithm in the bottom right corner of the painting (if it can technically be called a painting).

In the frame sits a chubby, fictional, 18th-century French man by the name of Edmond de Belamy, whose outfit suggests that he is a man of the church. The portrait is blurry and appears unfinished with blank canvas surrounding the edges, but these quirks could easily be interpreted as the frustrations of a human artist if you didn’t know the technology behind the artwork.

In selling this portrait, Christie’s has become the first auction house to ever put a work of art created by an algorithm up for sale.

The painting was produced by Obvious, a collective based in Paris that seeks to explore the space where art and artificial intelligence meet. The Portrait of Edmond Belamy is just one piece of art in a group of paintings depicting the fictitious Belamy family. 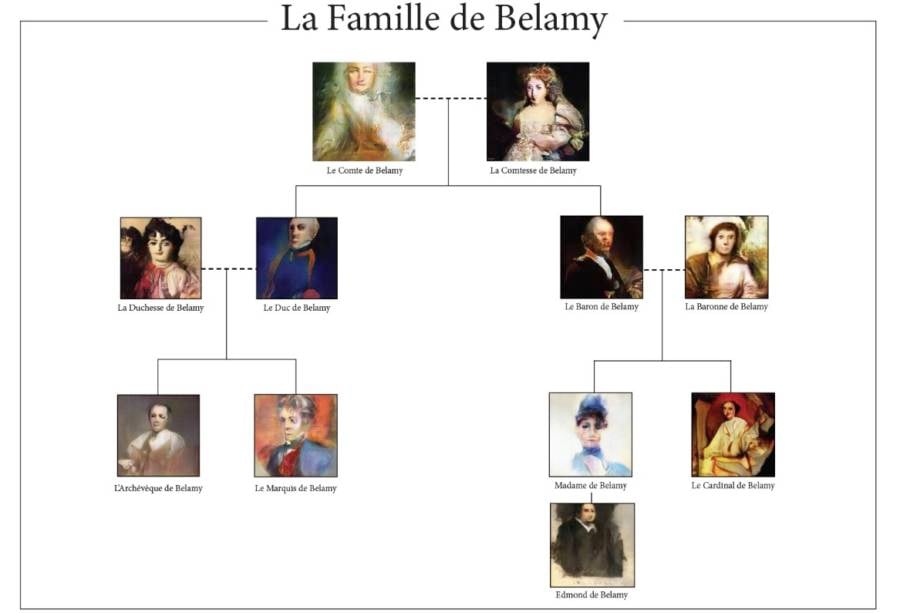 ObviousAll of the portraits of the fictional Belamy family.

To create these portraits, Obvious uses something they call a “generative adversarial network” or GAN.

“The algorithm is composed of two parts,” Hugo Caselles-Dupré told Christie’s of the technology they use for their artworks. “On one side is the Generator, on the other side the Discriminator. We fed the system with a data set of 15,000 portraits painted between the 14th century to the 20th. The Generator makes a new image based on the set, then the Discriminator tries to spot the difference between a human-made image and one created by the Generator.”

“The aim is to fool the Discriminator into thinking that the new images are real-life portraits.”

To create the portrait, the image developed by the AI is “printed on canvas with inkjet, framed and signed with the math formula” according to Obvious’ website.

Despite the futuristic nature of this portrait, art created by computers is not a new concept, according to NPR. The beginning of “robotic paintings” can be traced back to the 1970s with the AARON software created by artist Harold Cohen.

Today, artists in the United States are also trying their hand at AI-generated art. According to Christie’s, Ahmed Elgammal, the director of the Art and Artificial Intelligence Lab at Rutgers Univesity, is using a system called CAN to create portraits, which is the same as Obvious’ method but swaps out the word “generative” for “creative.”

Such algorithmic origins aside, the Portrait of Edmond Belamy is now estimated to sell for a price tag of around $7,000 to $10,000.

Next, check out the Banksy painting that self-destructed immediately after being sold for $1.4 million. Then take a look at the now-solved mystery behind one of art history’s most scandalous paintings.