"The plane actually lost power and went zero AC [air conditioning], and then now we've got the doors open and one kid is puking, and people are just losing their minds," one passenger said. 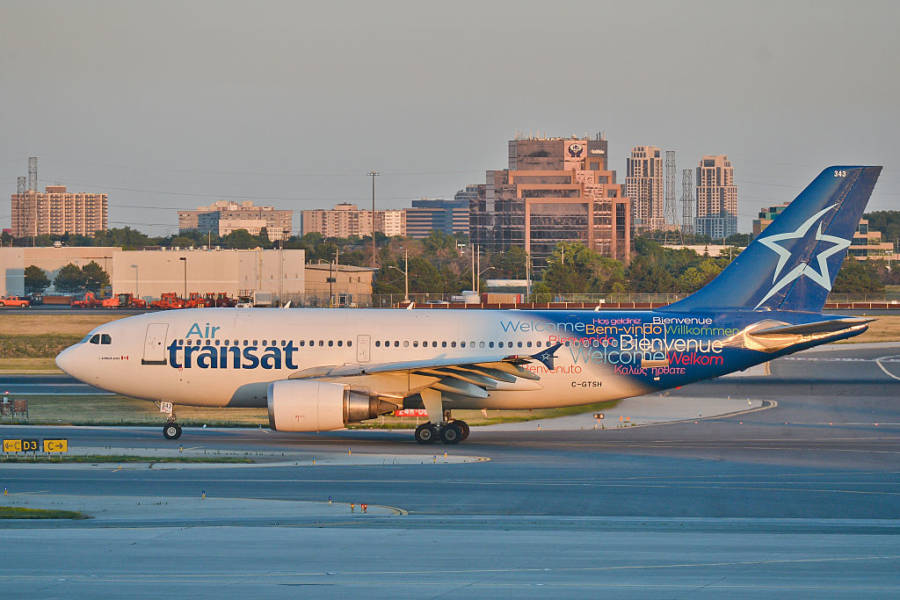 People are pissed at airlines.

Just to recap, we’ve got the the doctor being brutally dragged out of his seat, the the couple being kicked off the plane while on the way to their own wedding, the the flying of a mechanically unsafe plane 23 times, and the in-flight death of a famous large rabbit.

Now, as if we all needed another reason to keep our feet firmly planted on the ground, passengers stuck in two Air Transat planes for hours on end eventually had to call 911 for a glass of water.

Due to bad weather in Montreal and Toledo, around 20 flights were redirected to Ottawa yesterday. This resulted in classic airline chaos.

Two of those flights had it particularly bad.

Flight 157 was meant to go from Brussels to Montreal, but landed in Ottawa after eight hours of flying. The passengers stayed in their seats for more than six hours as the plane waited on the tarmac.

Laura Mah, who was on board, used the free time to call CBC News.

“The plane actually lost power and went zero [air conditioning], and then now we’ve got the doors open and one kid is puking, and people are just losing their minds,” she told reporters.

“They’re just getting mad, saying, ‘This is not all right, this is not OK, you can’t do this to us,'” Mah continued. “The police are in here and the fire department’s in here and they’re telling us that they can’t do anything, that we just have to stay put.”

The emergency responders were onboard due to a distress call from at least one passenger. Without the air conditioning, the cabin had become almost unbearably hot and people needed water.

No air. They are looking for who called 911 after 5 hours of suffocation @airtransat #passengerrights pic.twitter.com/7Am5kBUkBi

Without any passengers being allowed to leave, the flight finally took off for Montreal and landed in its destination eight hours and 15 minutes late.

Due to bad weather out of our control, we were sent to another airport.Waiting for authorities,but should be leaving very soon.CPA

I'm sorry to hear that – it's up to the airline to determine whether to deplane or wait it out when a flight diverts.

The other flight in question, No. 507, was heading to Montreal from Rome.

The plane landed in Ottawa after nearly ten hours of flying, and then sat on the tarmac for four hours.

A passenger on this plane also dialed 911 for help with the heat.

At this point, airlines might as well just start punching their own passengers in the face.

Oh, wait. They did that too:

Next, check out these 33 thrilling images from the wild early days of flight. Then, read about the Spanish café that charges customers more if they are rude to the staff.