The latest incident occurred on Tuesday, April 11 in Tabqah, Syria. 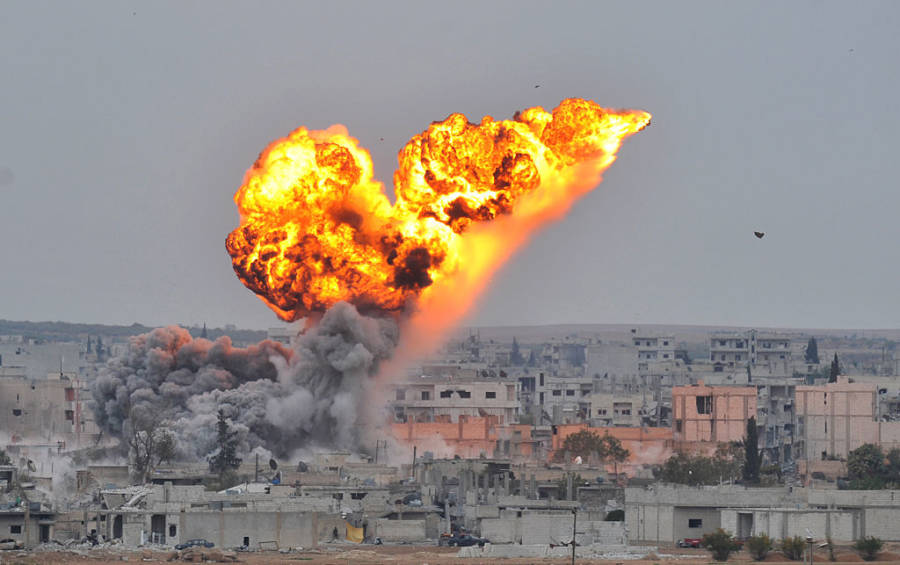 The incident occurred on Tuesday, April 11 in Tabqah, Syria, and marks the third time in a month that American airstrikes have unintentionally murdered civilians and allies.

The previous two attacks — which are currently being investigated by the Pentagon — killed and wounded an unknown number of civilians in a Syrian mosque complex and in a building west of Mosul, Iraq.

In its statement, U.S. Central Command officials explained that the Tuesday target had been identified as an ISIS fighting position by partner forces.

It was only after they blew it up that they realized it was actually their allies, a forward Syrian Democratic Forces (SDF) fighting position.

“The Coalition’s deepest condolences go out to the members of the SDF and their families,” the statement reads. “The Coalition is in close contact with our SDF partners who have expressed a strong desire to remain focused on the fight against ISIS despite this tragic incident.” 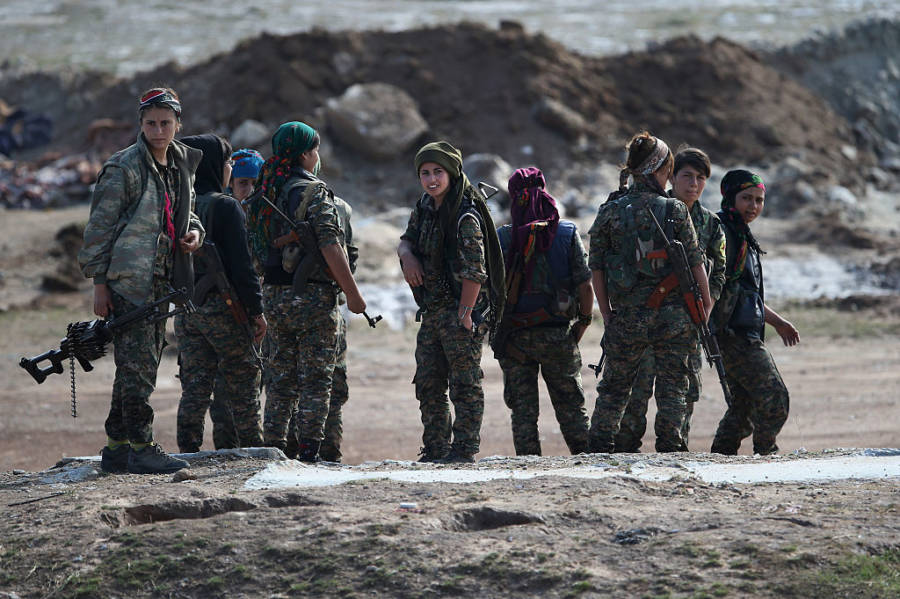 John Moore/Getty ImagesFemale troops from the Syrian Democratic Forces, the group that was mistakenly targeted in an American-ordered airstrike last week.

The increased incidents of civilian and ally casualties were to be expected, military officials said, as fighting intensifies in the struggle to retake Mosul, the terrorist group’s last major holding. 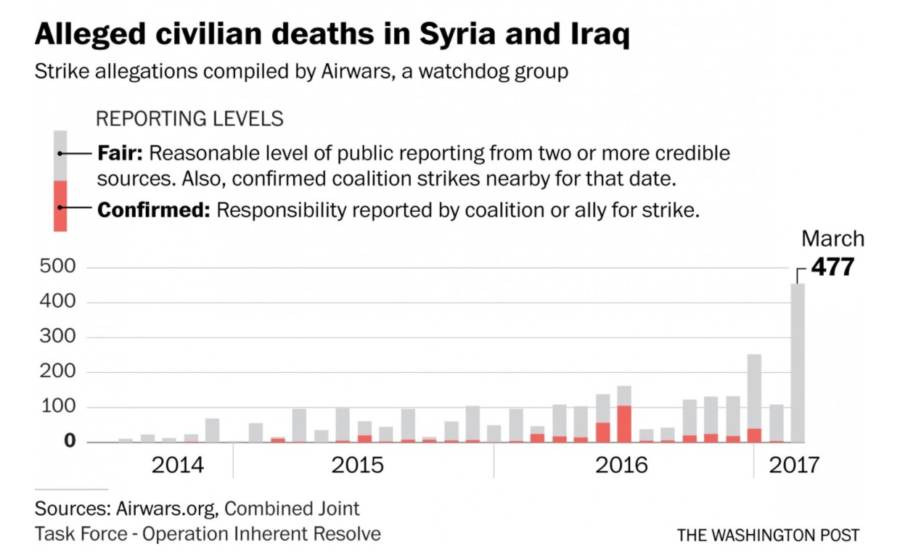 There is also speculation that the mounting casualties are linked to the change in Commander-in-Chief.

Though military spokesmen say few rules have changed governing how they operate in Iraq and Syria since the election, one former Pentagon official suggested that the new President’s aggressive statements may still have influenced fighting.

Inflammatory signals from Trump go “all the way up and down the system in small, subtle ways,” Ilan Goldenberg, an official with the Center for a New American Security, told the Washington Post. “Generally people are feeling the vibe that they should be a little more aggressive.”

Officials are now investigating what went wrong in all three attacks, but since the fighting is ongoing these likely won’t be the last civilian casualties in the region. Sometimes attacks are purposefully initiated where the loss of innocent life is seen as a sad but unavoidable consequence.

“The reality of the situation is that there will be a higher level of civilian casualties, and sometimes that really will be the outcome that military planners have to accept,” Ryan Goodman, a former Pentagon official said. “But that’s very hard to explain to the public.”

Next, take a look at these heartbreaking photos from the front lines of the Syrian refugee crisis. Then, learn how ISIS feels about Donald Trump’s travel ban.