"After almost eight years, we need to 'unteach' him the dog paddle, so he can swim like a normal alligator." 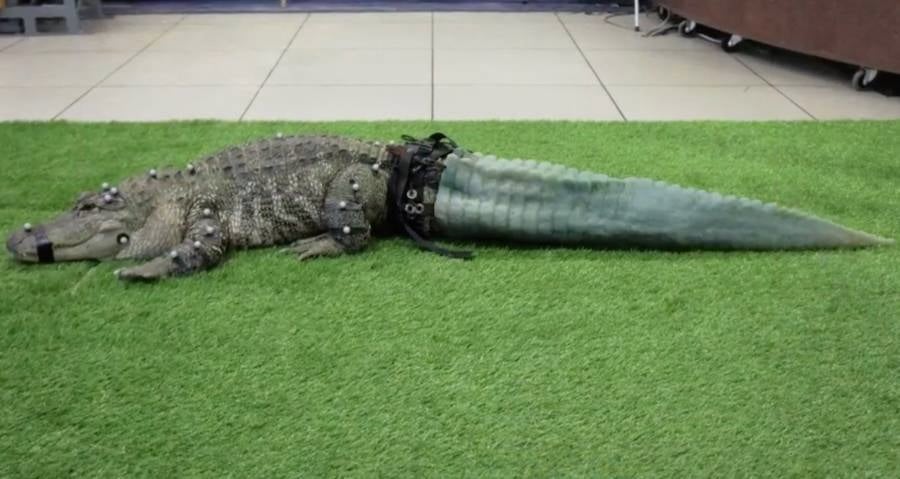 An alligator in Arizona is getting a second chance at a normal life after receiving a new 3D-printed tail.

The alligator, Mr. Stubbs, lost his tail several years ago while being transported illegally by a group of animal traffickers. According to National Geographic, he was found in 2013 alongside other exotic animals in the back of a semi-truck and shortly afterward was transported to the Phoenix Herpetological Society.

Shortly after arriving in Phoenix, the staff at the herpetological society said that Mr. Stubbs would just roll over on his back and not be able to right himself when placed in deep water. They knew that the alligator could not go through life like that so they got to work trying to find a solution to Mr. Stubbs’ problem.

The team went through many unsuccessful methods before finding the perfect fit.

Their first attempt to give Mr. Stubbs a new tail came in the form of a prosthetic tail made from the cast of a similarly-sized alligator. This method didn’t quite work because the clunky tail threw off his center of mass and buoyancy, and made it hard for him to move around. Mr. Stubbs also outgrew this prosthetic, and others, as he matured.

The team’s breakthrough came years later when 3D printing and scanning technology became more readily available. Justin Georgi, an associate professor of anatomy at Midwestern University in Glendale, Ariz., along with a master’s student at the university, teamed up to use this new technology to find Mr. Stubbs a more permanent solution.

According to National Geographic (see video above), they used an Artec 3D scanner to precisely measure the gator for his new appendage. The 3D technology allows the team to better anticipate his growth and fits the animal more naturally.

“We’ve got reflective markers on our alligator and those reflective markers are being shot by several different cameras all pointed in the same space,” Georgi said when describing the technology. “And the computer can see each of those markers from all of those cameras and tell you exactly where, in 3-dimensional space, that animal is.”

Mr. Stubbs seems to be adjusting well to life with his new tail. After just five weeks of wearing the new appendage, Mr. Stubbs showed a sign of returning to normal alligator behavior when he tail-slapped a volunteer at the rescue facility.

“My initial reaction was, ‘That’s wonderful!'” Georgi told National Geographic. “Of course I had to stop and ask if the volunteer was okay, too. But hearing that he was using the tail in a natural fashion was just a terrific and exciting landmark.” 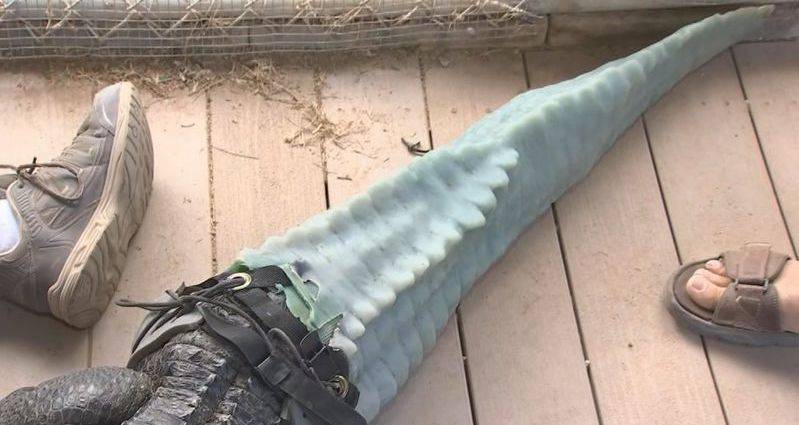 While Mr. Stubbs has been showing signs of progress, he still has a long road ahead of him until he can be back to his original self.

“After almost eight years, we need to ‘unteach’ him the dog paddle, so he can swim like a normal alligator,” Russ Johnson, the president of Phoenix Herpetological Society told AZFamily.

With his new tail, it seems like Mr. Stubbs is no longer a fitting name for this resilient alligator.

Next, check out some unbelievable vintage photos from the heyday of alligator farms. Then, watch a massive alligator take a leisurely stroll through a Florida golf course.