Researchers have discovered a treatment meant to fight Alzheimer's also regrows dentin, the hard calcified tissue underneath a tooth's enamel. 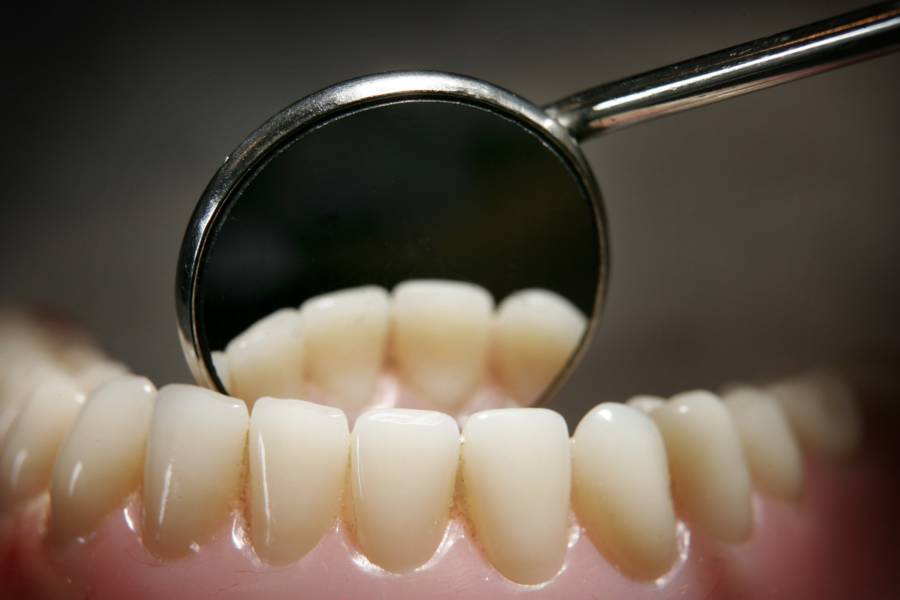 If you enjoy having your teeth drilled, cavities filled, and infected molars pulled, researchers at King’s College London have some bad news for you.

A new study published in Scientific Reports shows that an experimental Alzheimer’s drug called Tideglusib has a small side effect of encouraging dentin growth when applied topically to teeth, causing a tooth to regrow and protect itself from cavities or dental injuries.

Dentin, a bony calcified tissue, makes up most of a tooth and sits right underneath the hard enamel that encases them. And the fact Tideglusib encourages dentin growth now has researchers excited about new possibilities.

“Using a drug that has already been tested in clinical trials for Alzheimer’s disease provides a real opportunity to get this dental treatment quickly into clinics,” said one of the study’s authors, Paul Sharpe, in a news release. “The simplicity of our approach makes it ideal as a clinical dental product for the natural treatment of large cavities, by providing both pulp protection and restoring dentine.”

Tideglusib, a neurological drug, was originally used in Alzheimer clinical trials as a way to encourage brain cell growth and fight dementia.

It does this by targeting tau proteins found in neurons — and other parts of the body, such as teeth. When applied, Tideglusib inhibits a form of tau protein that stops teeth from producing dentin. According to the report, the topical medicine causes teeth to create stem cells that then grow dentin over any exposed area.

Only a tiny layer of dentin usually grows back over an exposed injury, but nowhere near enough to deter a dentist from drilling or removing a tooth to stop an infection. Since Tideglusib blocks the enzyme keeping dentin growth in check, the tooth can heal itself.

The researchers tested this by putting Tideglusib on biodegradable collagen sponges and placing them where cavities had formed. They then found that the cavities healed themselves without any drilling or filling required.

This method’s simplicity means that dental offices could implement the new treatment relatively effortlessly, perhaps spelling the end of the current methods that so many of us dread.

Next, check out the wildly successful trials for a new Alzheimer’s drug, before reading about the lung cancer vaccine from Cuba that’s getting FDA approval.