U.S. Going To Be A “Browner Country,” Obama Says

No matter what changes Trump brings to immigration policies, Barack Obama says our nation will be "browner." 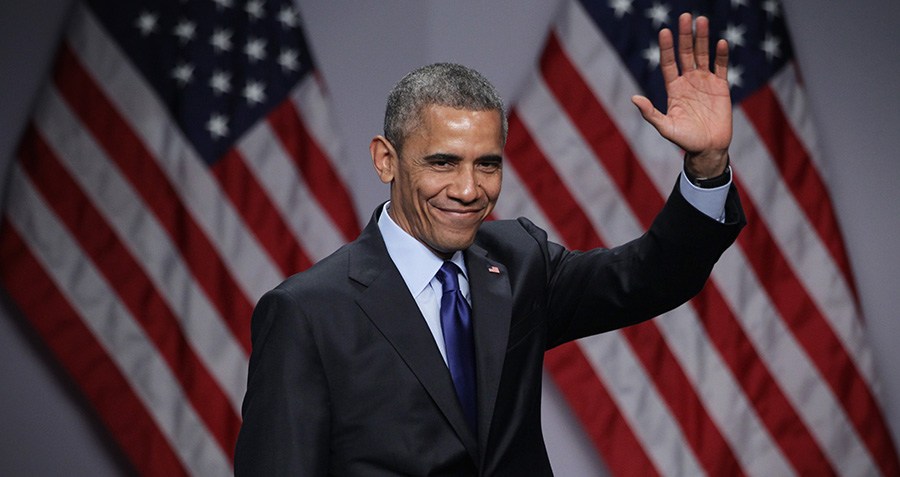 In an interview aired on Monday, the outgoing president offered NPR’s Steve Inskeep a vision of the United States in the future, and it’s considerably darker than what we see today.

“If you stopped all immigration today, just by virtue of birth rates, this is going to be a browner country,” Obama said.

“And if we’re not thinking right now about how we make sure that next generation is getting a good education and are instilled with a common creed and the values that make America so special and are cared for and nurtured and loved the way every American child is treated, then we’re not going to be as successful.”

Trump, whose strident “build a wall” remarks on immigration earned him a massive following on the campaign trail, has promised to overturn an executive order that provided temporary protection to undocumented immigrants brought to the U.S. as children.

Trump has also promised to double the country’s gross domestic product each year in office — but experts say that hard-lining on immigration will do little to boost economic growth. In fact, they say, it could squash it.

“We have a huge wave of baby-boom era people retiring,” Robert J. Gordon, an economist at Northwestern University and author of The Rise and Fall of American Growth, told NPR.

And, like it or not, Gordon adds, much of those workers are immigrants.

Should Trump overturn the Deferred Action for Childhood Arrivals (DACA) program that Obama unilaterally enacted, experts at the Immigrant Legal Resource Center (ILRC) estimate that 645,000 people would lose their legal right to work in the U.S. — and that the price tag for finding and retraining replacements would cost businesses approximately $3.4 billion.

These losses, ILRC experts say, would over the course of a decade reduce Social Security and Medicare contributions by $24.6 billion.

“The incoming Administration would be wise to leave DACA fully intact,” immigration attorney and ILRC report author Jose Magaña-Salgado said. “The billions of dollars in tax contributions resulting from the program should be reinvested in our nation’s workers and retirees, not left on the table.”

Regardless of the net economic benefits of immigrant laborers in the United States, Trump has demonstrated little interest in changing his tune.

Next, learn about how immigration has changed in one single map.