Once pulled over, the two Amish men abandoned their buggy and made for the woods. They still haven't come forward to claim their horse.

A CBS Pittsburgh segment on the bizarre encounter.

The Trumbull County Sheriff’s Department in Ohio witnessed something right out of a subversive coming-of-age comedy when, according to CNN, they came across two Amish men operating a horse and buggy while drinking a 12-pack of Michelob Ultra and blasting music from a stereo on a routine traffic stop.

Deputy Eric Hermsdorfer encountered the sight on Sept. 15 when he, according to WKBN 27, signalled that the two men of faith pull over just before 1 a.m.

But when Deputy Hermsdorfer requested they stop their buggy on Donley and Mahan Parker Roads in North Bloomfield, the unidentified men lept off and ran into the woods. The horse, meanwhile, continued to trot down the road until police safely stopped it. 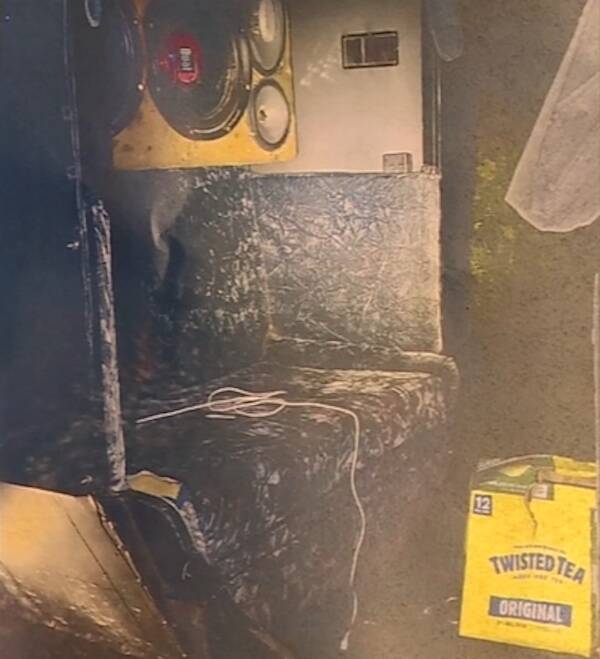 Trumbull County Sheriff’s OfficeIn the buggy were open bottles of alcohol in addition to a full 12-pack of Michelob Ultra. Nobody has yet come forward to claim their belongings, including the horse and buggy.

After authorities inspected the buggy and found several open bottles of alcohol beside the sound system, the vehicle was towed. Police also made sure to find someone who could safeguard the horse until the owner identified himself. As of yet, nobody has come forward.

While the Amish community as a whole doesn’t forbid its members from drinking alcohol, many of their sects do. It’s unclear which sect these riders were a part of, though their reactionary escape might indicate as much. Then again, drinking and driving is just as illegal horseback as it is in a car.

According to The New York Post, the Amish faith was by Anabaptist Swiss-Germans in the 1500s. They’ve since become known for their minimalistic lifestyle in the countryside foregoing modern amenities like stereo systems, for instance. 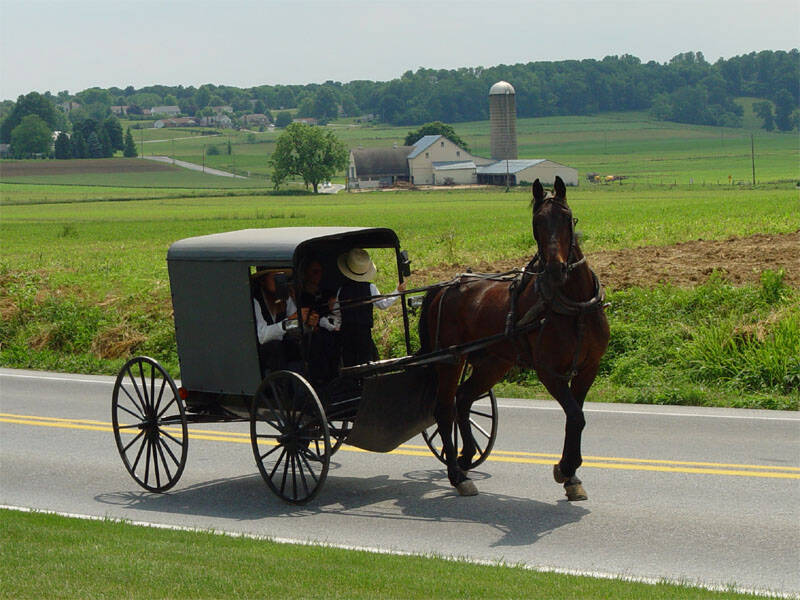 Wikimedia CommonsWhile the Amish are encouraged to test out the traditional life experiences of modern society during a period known as “Rumspringa,” alcohol is otherwise forbidden across many Amish groups. Drinking and driving, of course, is also federally illegal — even aboard a horse and buggy.

This wouldn’t have been the first time the Amish were slapped with a DUI. Many members have received DUIs for driving their buggies drunk, such as a 21-year-old Ohioan who ran a stop sign in April and subsequently admitted he drank 10 beers beforehand.

In 2012, four Amish people were arrested for drinking while underage and crashing their buggy into other buggies, then fleeing the scene. The dichotomy of a strict, no-tolerance policy and exploring the experiences of adolescence, seems to have prevented some of these young Amish from accepting the societal repercussions of their actions.

At least Chief Deputy Joe Dragovich seems to think so, as he said the two men could be charged with both failure to comply with the deputy’s commands and driving under the influence.

“Maybe there’s just that fear of the consequences — and that would be a reality check for them, that there are consequences,” he said.

As it stands, the horse has been handed off to a local farmer. The two Amish men who ran off are still in the wind, while Chief Deputy Dragovich urges them to face the music and retrieve their buggy.

Next up, take a look at these 69 photos from Woodstock. Then, learn about the time police closed Scientologists’ facilities after finding people held prisoner inside.