Watch out for this creepy crawler next time you're in Thailand. Oh, and it swims. 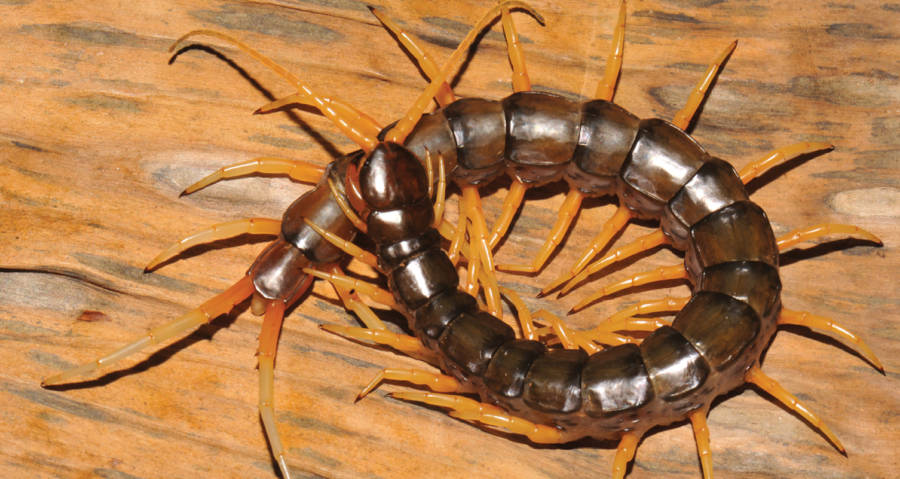 You used to only have to fear centipedes on land — until now.

According to a report published this week in ZooKeys, researchers in Southeast Asia have now discovered the world’s first known amphibious centipede.

Scolopendra cataracta — which sports a dark, greenish-black color and can measure up to eight inches in length — can be found both crawling on land and swimming in water throughout Thailand, Laos, and Vietnam.

According to National Geographic, entomologist George Beccaloni of the Natural History Museum in London first discovered the centipede when he was on his honeymoon in Thailand. He was looking under rocks near a waterfall and was able to capture a specimen of this large creature.

These circumstances account for the centipede’s scientific name, cataracta, which is Latin for “waterfall.”

Water is indeed where this newly discovered centipede often makes its home and where it hunts. No other known species of centipede hunts on the water, let alone lives there.

When in the water, S. cataracta is said to swim like an eel, with its many legs moving in a wave-like motion in order to propel the creature forward, which surely helps during hunting.

The centipede is carnivorous, likely eats aquatic invertebrates, and uses a venom to kill its prey.

Although this bite can’t kill a human or cause lasting damage, it will result in a painful bite from the creature’s “fang,” and may lead to a burning sensation that can persist for days.

All around, it’s an insect you surely wouldn’t want to encounter while swimming.

Next, check out a giant-mouthed prehistoric fish that was discovered in Colorado. Then, learn about this recently discovered species of spiny ants named after the dragons from Game Of Thrones.