Chan Chan was the largest city in pre-Columbian America, but it sat in ruins from the time the Incas destroyed it in the 15th century — until now. 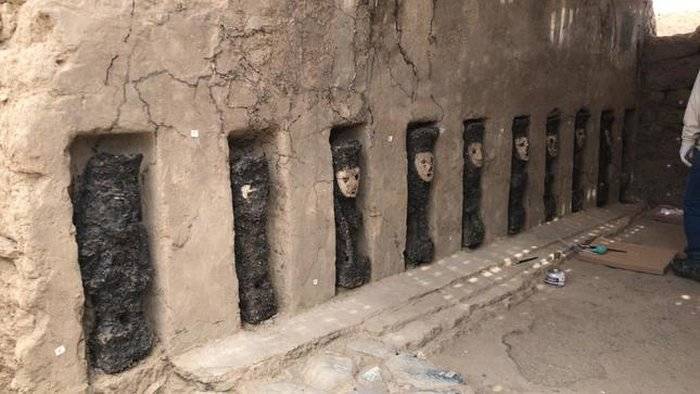 Researchers have discovered a 750-year-old passageway filled with creepy masked statues in the ancient abandoned city of Chan Chan in Peru.

According to Newsweek, the country’s Ministry of Culture says that these 19 statues are believed to be from the pre-Columbian Peruvian civilization known as the Chimú empire. This empire operated between 900 and 1470 A.D., after which time the Incas conquered the city.

The wooden idols were covered in clay masks and the corridor in which they were found stretched 100 feet long. Each of the statues measures 27 inches tall and appear to be holding a scepter in one hand and what looks like a shield in another. Each of the statues is suspected to represent a different anthropomorphic character.

“It’s an important discovery for its age and the quality of its decoration,” said Patricia Balbuena, a member of the ministry. 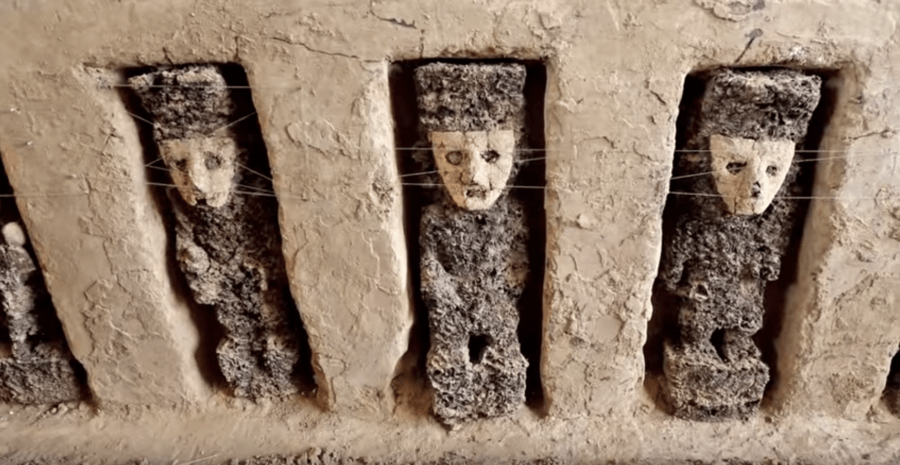 “We assume they are guardians,” said archaeologist Henry Gayoso Rullier in the Peruvian newspaper El Comercio. “They could belong to the middle stage of Chan Chan, between 1100 and 1300 CE, and we would be talking about the oldest sculptures known on this site.”

According to UNESCO, the city of Chan Chan was the largest city in Pre-Columbian America. Before it was conquered by the Incas, Chan Chan was believed to be home to some 60,000 people who lived in some 10,000 buildings. This makes it one of the world’s largest mud-brick complexes that has ever been discovered.

But after it was conquered, the city began to decline and fall into ruins. The excavation of the Chan Chan ruins began in 2017 and is expected to continue through to May 2020.

Footage of researchers at work during the Chan Chan excavation.

Earlier this year, a mass child sacrifice was discovered less than a half a mile away from Chan Chan. The event is believed to have taken place about 550 years ago, according to National Geographic.

More than 140 children and 200 young llamas were apparently ritually sacrificed. This discovery gave insight into some of the lesser-known ritual sacrifice practices in use in pre-Columbian civilizations.

While instances of human sacrifice have been widely documented in the era of the Inca, Aztec, and Mayan civilizations, largely due to Spanish conquistadors conquering these peoples and documenting their traditions. But relatively little is known about human sacrifice before these times, making the Chan Chan discovery incredibly important.

And this latest discovery gives insight into another element of what pre-Columbian Peruvian civilization looked like. Hopefully, as the excavations continue, archeologists will be able to better paint a picture of what life looked like in the ancient lost city of Chan Chan.

Next, read up on the mysteries of Peru’s ancient Nazca Lines. Then, check out this story about the Inca ice maiden known as the Lady of Ampato, which may be the best-preserved mummy in human history.