"This has to be a concern for the governments we trust to protect our coastal cities and communities." 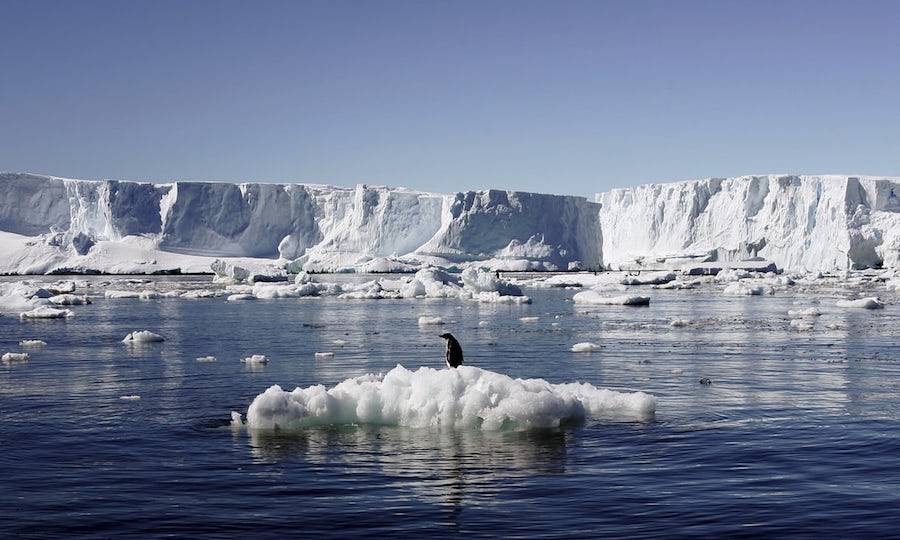 Antarctica has enough ice to raise the global sea level by as much as 190 feet if it all melted. That’d be enough to put New York City, to pick just one example, underwater.

Now, the researchers behind this study, the most comprehensive of its kind, aren’t suggesting that the entire continent will melt by the end of the century. But Andrew Shepherd of the University of Leeds, who led the study with Erik Ivins of NASA, said, “According to our analysis, there has been a step increase in ice losses from Antarctica during the past decade, and the continent is causing sea levels to rise faster today than at any time in the past 25 years,” adding that “This has to be a concern for the governments we trust to protect our coastal cities and communities.”

As sea levels continue to rise, coastal cities and communities will indeed be affected in a number of ways, including soil erosion, flooding of wetlands, pollution of aquifers, habitat destruction, and severe storms, among others.

But why is Antarctica’s melting ice such an increased cause for concern now?

Until recently, Antartica didn’t play a large role in global sea levels because the cold Southern Ocean insulated it from warmer water that could melt its ice.

But due to climate change, warmer water is now finding its way to the west of the continent, where the largest amount of ice melting is occurring. The warmer waters are melting floating ice shelves from below, causing those shelves to thin and weaken. When that happens, the shelves are less able to prevent continental ice from flowing into the sea and melting.

The Eastern Antarctic ice sheet is more geographically protected from the warmer waters and thus the kind of melting described above, so the area has actually seen a slight rise in its ice coverage recently. But the ice losses in other areas of Antarctica more than offset the rise in this region.

Now, the researchers behind the new study hope that their results will allow us to take action, or at least have a better idea of what we’re up against. In the words of NASA’s Tom Wagner, “Data from these missions will help scientists connect the environmental drivers of change with the mechanisms of ice loss to improve our projections of sea level rise in the coming decades.”

Next, check out some of the most unbelievable facts about Antarctica. Then, discover how Thomas Midgley Jr. contributed to climate change and accidentally became one of the most dangerous people in human history.