There’s A New Record For Earth’s Lowest Temperature Ever

There’s cold and then there’s Antarctica. 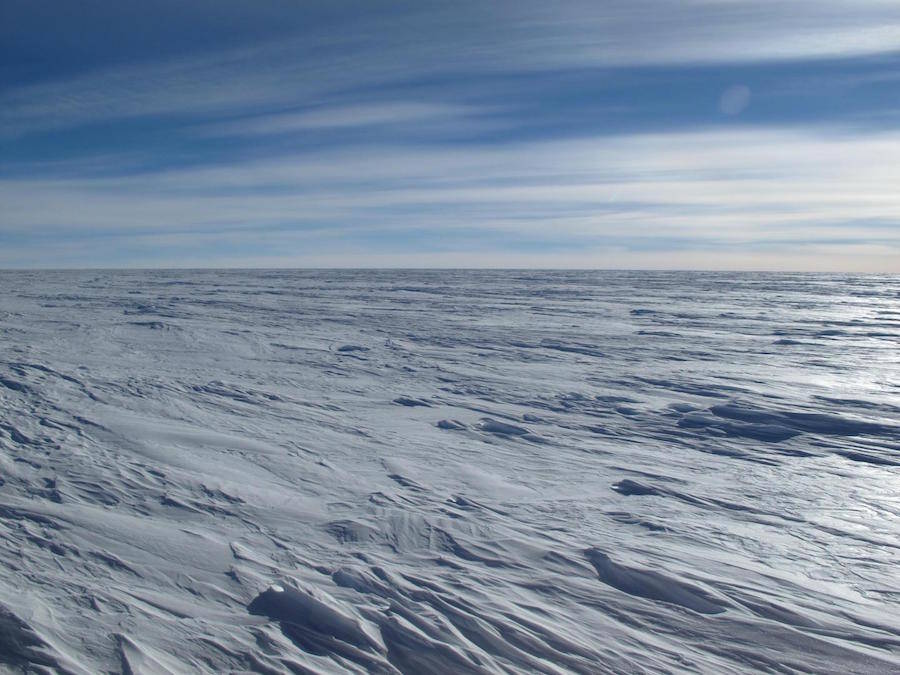 It’s the coldest place on Earth. And as it turns out, it’s even colder than we thought.

In 2013, based on remote satellite data scientists announced that they had found surface temperatures of -135 degrees fahrenheit on a snowy plateau in East Antarctica, which is the coldest place on earth.

However, a new study with updated data has found that the coldest site has actually reached an unbelievable -144 degrees fahrenheit. The study was published in the journal Geophysical Research Letters, and the international team of researchers who conducted it believe it’s the lowest temperature ever recorded on Earth’s surface.

Both temperatures were pulled from the same dataset, which was gathered between 2004 and 2016. But reanalyzing the information with more up-to-date weather station measurements allowed the team to determine the temperatures with much more accuracy.

According to the satellite readings, the freezing temperatures were recorded in pockets of the ice around 10 feet deep.

The lowest air temperature measured on planet Earth using official instruments at ground level is -128.6 degrees fahrenheit. Recorded in the same area by the Russians’ Vostok Station in 1983, it’s considered different from satellite readings because it measures the temperature of the air just above ground, rather than the temperature of Earth’s surface or just under it.

Aside from showing just how cold Earth can get, the reexamination also provides new insight into how the temperature can get so low.

In the previous study, the team found that clear skies were necessary for such extreme negative temperatures.

The new information the researchers found was that in addition to clear skies, the air must be extremely dry as well. That’s because water vapor traps heat in the air. So when the air is dry, there’s no water vapor to keep in the heat that rises from the surface.

“This allows the heat from the surface of the snow to radiate into space more easily,” Ted Scambos, the study’s lead researcher from the National Snow and Ice Data center, told USA Today.

The researchers stated in the study that it may be rare to see temperatures this low in the future, citing increases in carbon dioxide and water vapor in the Antarctic atmosphere.

Next read about how there’s way more water on the moon than previously thought. Then read about Oymyakon, the world’s coldest city.