The internet naturally responded with alternative names like "plague enthusiasts." 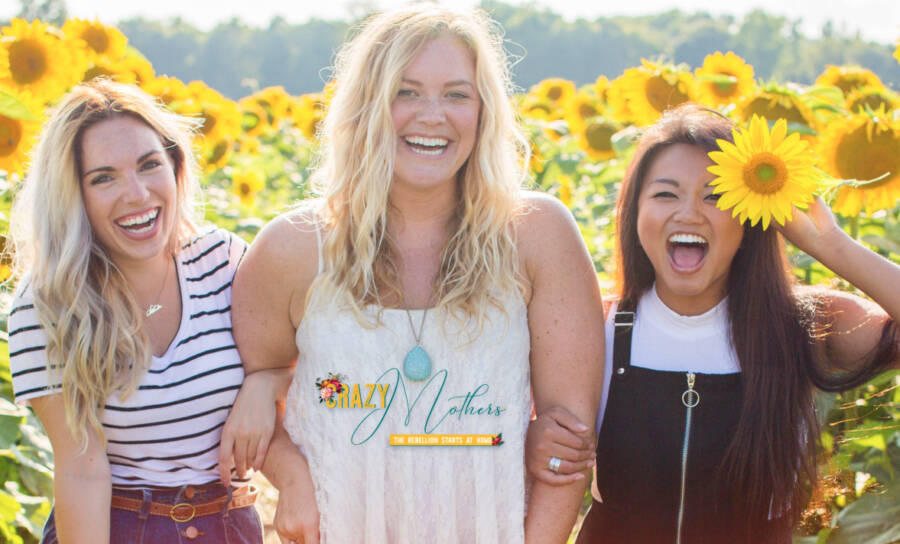 Crazymothers.infoThe founder of the group Crazymothers, Hillary Simpson, frequently ends her posts with #DoYourResearch. Do with that information what you will.

A group of anti-vaxxers requested on both Twitter and Instagram on Dec. 1 that the media stop labeling them “anti-vax” because the term is “derogatory, inflammatory,” and it “marginalizes both women and their experiences.”

According to LiveScience, the anti-vaccination group, called Crazymothers, requests instead that its members be called “vaccine risk aware.” This was naturally met with a flurry of critical responses.

Many social media users chimed in with their own alternative names for the group, like: “plague enthusiasts” or “pro-disease.” With measles outbreaks and an increasing public concern for the well-being of children who attend public schools and parks, the anxieties of these users are well-founded.

Despite a decade-long study published in the Annals of Internal Medicine earlier this year which showed that vaccines do not cause autism, paranoia and concern on behalf of people like the Crazymothers continues.

The study was exhaustive and examined more than half a million kids born between 1999 and 2010.

Dear Media,
Please retire the use of the term “Anti-vaxxer.” It is derogatory, inflammatory, and marginalizes both women and their experiences. It is dismissivemy simplistic, highly offensive and largely false. We politely request that you refer to us as the Vaccine Risk Aware. pic.twitter.com/WtAyFOhLuv

When bacteria or viruses enter the body for the first time, a person’s immune system initiates a rather clever defense mechanism. Proteins called antibodies are generated and they stick to so-called antigens, proteins that hang off the invading pathogens and destroy them.

This process is subsequently remembered by the body. But when a particularly dangerous bug such as measles enters, the immune system can be overloaded in building up its defenses. This is where vaccinations help — and save lives.

The vaccines themselves are comprised of dead or weakened pathogens. These don’t infect the body, but instead, initiate the immune system’s process of building up antibodies. Thus, when the vaccinated person later gets sick, their body already knows what to do.

Vaccine risk biased. No vaccine is without risk, but the risk of a severe reaction is vanishingly small:https://t.co/dXtUGPtckG

There is no link with autism https://t.co/Gfz5H5O6Qt

But huge evidence of benefit:https://t.co/YA4xu1CUuX

The very origin of the theory that vaccinations lead to autism itself is founded on the thoroughly debunked 1998 work of Dr. Andrew Wakefield. According to The Daily Mail, the British scientist has had his work pulled from every single medical journal it was ever published in.

According to the the Centers for Disease Control and Prevention (CDC), more than 20 scientific studies confirm that no link exists between the measles vaccine and the development of autism.

Naturally, the proponents of vaccines are urging anti-vaxxers to reconsider — albeit sometimes quite aggressively.

5 children died last night of measles. 30 more have died over the last month. Anti-vaxxers convinced the Samoan government to halt their vaccination programme. You are child killers.

“Anti-vaxxers threaten the lives of children, their own & more importantly other children,” one Twitter user wrote. “You dangerous, absolute fucking morons,” wrote another.

In the last 20 years, childhood vaccines have saved the lives of 732,000 American children. According to a 2014 study from CDC, vaccines also prevented over 300 million kids from getting sick.

“Vaccines are safe,” a statement from the American Academy of Pediatrics (AAP) said. “Vaccines are effective. Vaccines save lives.”

The mistrust on behalf of anti-vaxxers might come from the fact that vaccines, like all medical products, carry some risk. According to the CDC, however, nearly 90 percent of these aren’t serious.

A video of Crazymothers founder Hillary Simpson either rapping or doing slam poetry about her anti-vaccination mission.

A 2011 report from the National Academy of Medicine showed that in over 1,000 studies of vaccines, severe reactions such as seizures, inflammation of the brain, and fainting were rare.

Unfortunately, similar to the team-based ideological war between vegans and meat-eaters, the arguing is unlikely to end anytime soon. It seems that, more than ever, people find what they want to believe in, dig in their heels, and refuse to reconsider the other side.

Next, take a look at these nine vaccine myths that refuse to die. Then, read about 23 famous people with autism who accomplished incredible things.