The $100 Trillion Medical Nightmare No One Is Talking About 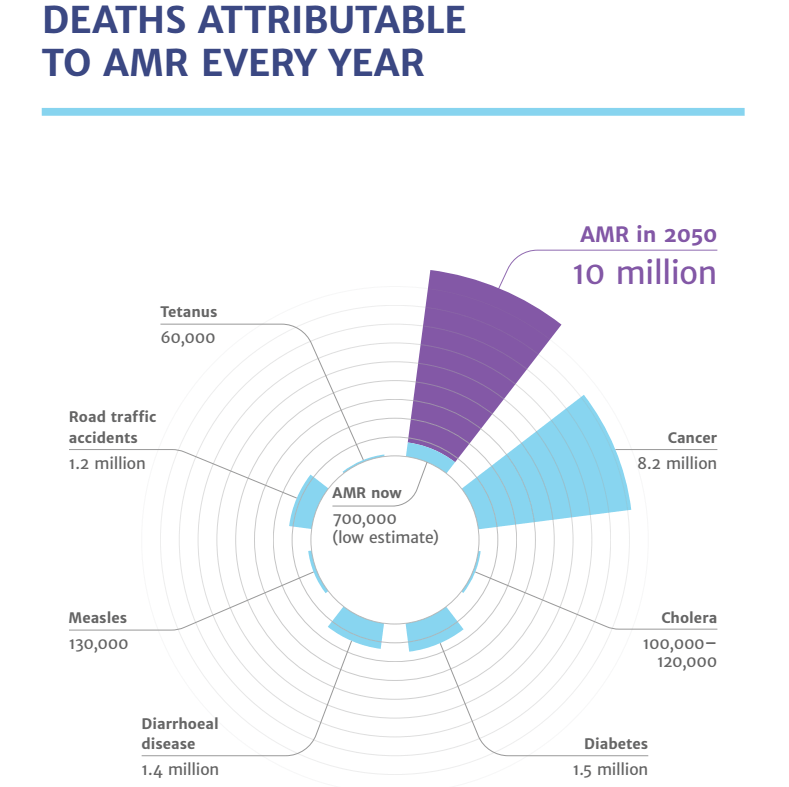 The number of people killed annually because of antimicrobial resistance (AMR) and an estimate of what that total will be in 2050 compared with the death tolls attributable to other major diseases. Source: Review on Antimicrobial Resistance

The U.K. government’s new Review on Antimicrobial Resistance contends that when it comes to the rising number of infections resistant to antibiotics, the world is perched on the edge of catastrophe.

Over the course of the 20th century, antibiotics revolutionized medicine, saved millions upon millions of lives, and eradicated diseases that had plagued humanity for centuries. But at the same time, their use — and more pointedly, their over-use — has created a new generation of bacteria resistant to these antibiotics.

And now, antimicrobial and antibiotic resistance is a global problem — and one that doesn’t get nearly enough attention. No matter how you break it down, the outlook is grim.

In addition to human lives, the economic toll will be similarly catastrophic. If we don’t take action against antibiotic resistance, the report warns, the world economy will take a hit, due to lost production costs, in the amount of approximately $100 trillion.

In the U.S. alone, each year, antibiotic resistance causes 2 million infections and costs the country’s healthcare system more than $20 billion.

Sadly, it’s economic concerns like those, more so than concern for human lives, that have steered this issue and landed us in such a dire state. 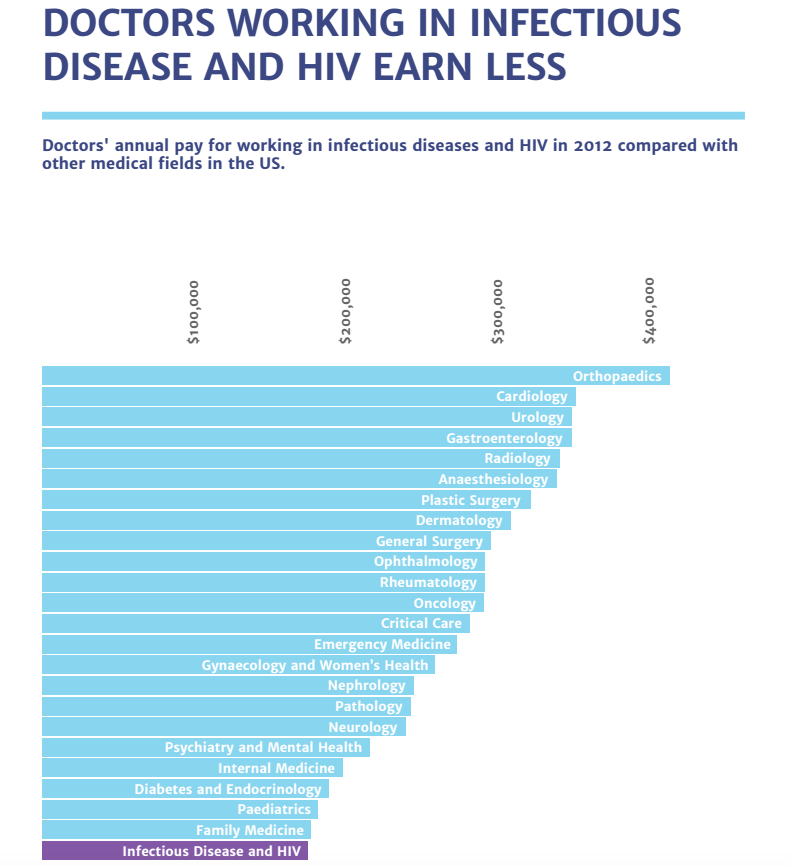 The truth is that there just isn’t much money to be made in fighting antibiotic resistance — so doctors and pharmaceutical companies don’t do it. Over the last 15 years, pharmaceutical companies have “divested from their antibiotics research teams steadily, to the benefit of areas that may not be ‘easier’ but that definitely have a higher commercial return,” the report states.

For example, oncology (one of medicine’s most profitable fields) had about 800 new products in the works in 2014. For antibiotics, that number was just 50. And of the $38 billion venture capitalists funneled into pharmaceutical research and development between 2003 and 2013, just $1.8 billion went toward antibiotic resistance.

As bad as the problem is, the report claims that we can handle it, if global action is taken now. The report’s ten-step plan involves developing new treatment methods, improving hygiene, coming up with new diagnostics, and more.

These are, of course, steps that will take many years and about $40 billion, they estimate, to realize. But the true first step is even simpler: Get the world to listen.