After shooting his grandmother in the head, he turned the gun on himself. 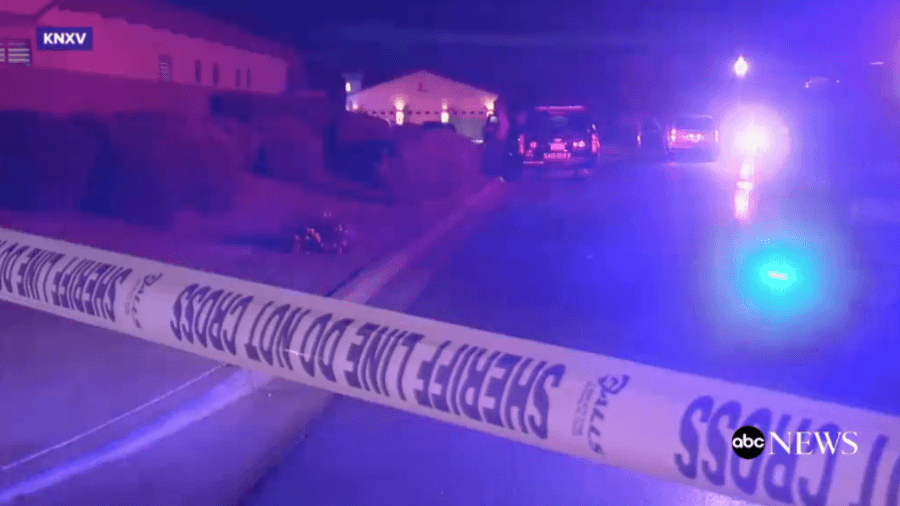 Kids often throw temper tantrums when they’re forced to do things that they don’t want to do. But one 11-year-old in Arizona took his tantrum to a shockingly macabre place that left both him and his grandmother dead.

According to CNN, the boy lived with his grandparents (none of whom have been named) in Lichfield Park, Ariz. and grew angry after his grandmother and grandfather repeatedly asked him to clean his room on Nov. 3.

The grandfather said that he and his 65-year-old wife “asked their grandson to clean his room and pick up after himself throughout the day, as he was being stubborn about it,” according to Maricopa County Sheriff’s Office spokesman Joaquin Enriquez.

Finally, the husband and wife were sitting on the couch in their living room when their grandson reportedly emerged with a gun and shot his grandmother.

“The grandson came up behind them and shot (the grandmother) in the back of the head, with a handgun which belonged to the grandfather,” Enriquez said. It’s unclear where and how the weapon was stored.

A local news report on the shooting.

The grandfather told police that, after the shooting, he ran after his grandson before tending to his wife. But shortly after the first fatal gunshot, he heard another gunshot, which turned out to be the sound of the boy taking his own life.

The grandfather then retrieved his handgun and proceeded to call 911.

ABC NewsThe home in which the boy and his grandparents lived.

Authorities stated that the boy had shown no signs that might have indicated he was capable of dangerous behavior.

Enriquez said in his statement: “In the preliminary stages of this investigation there had been no previous signs that the grandson might harm someone or himself and there was no cause for concern prior to this event.”

Furthermore, neighbors who were interviewed said that they were a friendly family.

“Nice family. I knew the kid. I mean, he would ride his bicycle around, play around the neighborhood,” neighbor Walter Venerable told CNN news affiliate KTVK. “It really hasn’t set in just yet. I mean this is a nice neighborhood, it’s really quiet — as you can see — it’s just a tragic, tragic thing.”

Another neighbor said that those that live near the family stood outside of their home and prayed following the incident.

“It’s just hard. You can’t get your mind around it, you just can’t,” said neighbor Danny Dillon. “You have that neighborly connection but your heart just wishes that you had more and you could’ve done more, you could’ve seen something or said something.”

Next, read about how ten-year-olds Robert Thompson and Jon Venables killed two-year-old James Bulger. Then, discover the story of 11-year-old murderer Mary Bell.