Chinese state media is forecasting unfavorable relations with the U.S. under Trump, and they don't expect China to be on the losing side. 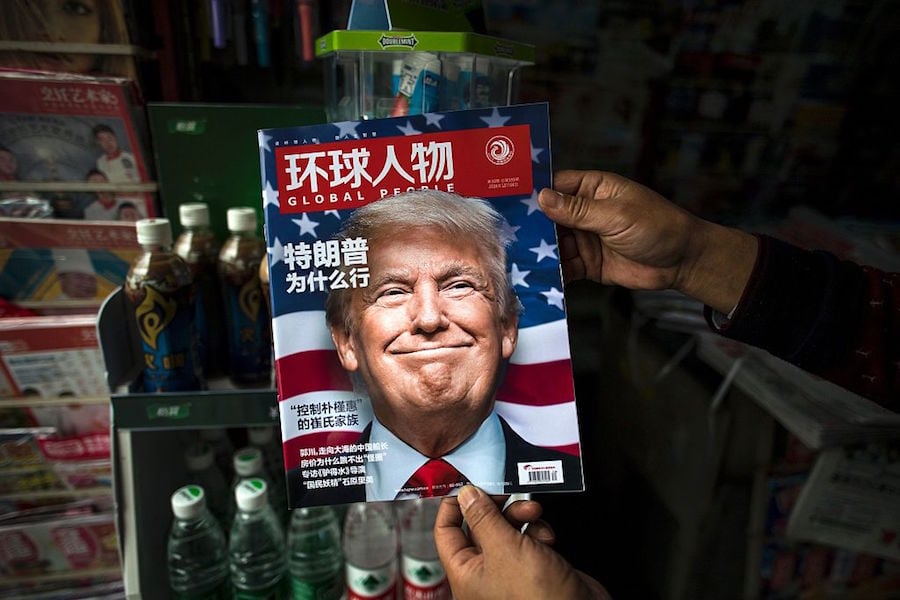 The “arrogant” U.S. is “just a shooting star in the ample sky of history,” wrote Chinese state media in an editorial warning President-elect Donald Trump “not to boss China around.”

Backed by the ruling Communist Party, the Global Times newspaper took a hard line on U.S.-China economic and security issues this Wednesday. According to the paper, the U.S. has had its time to shine in global history.

“May the arrogant Americans realize that the United States of America is perhaps just a shooting star in the ample sky of history,” the paper wrote, continuing to say that Trump is “fixated” on trade.

These remarks come hot on the heels of Trump appointing yet another outspoken critic of China, Robert Lighthizer, to his team as America’s next chief trade negotiator.

A corporate attorney and former Reagan-era trade official known for his use of tariffs, Lighthizer has denounced China for not abiding by international trade agreements and called for higher trade tariffs against the country. He advocates a strict approach as the only way to change the system.

Lighthizer, who negotiated steel import deals for the Reagan administration, may not be as outspoken as Navarro but has expressed the opinion that Chinese economic policies are inherently flawed.

“Going forward, US policymakers should take these problems more seriously, and should take a much more aggressive approach in dealing with China,” Lighthizer once wrote.

Trump, for his part, has said that Lighthizer would “fight for good trade deals that put the American worker first,” before adding that, “he will do an amazing job helping turn around the failed trade policies which have robbed so many Americans of prosperity.”

“There is almost no guessing, economic policy under Trump will become more nationalistic and more interventionist,” said Louis Kuijs, the head of Asia economics at Oxford Economics and a former senior China economist at the World Bank, to the Guardian. “It’s very clear their policies will be especially tough on China.”

Next, find out why China criticized Trump for his “unwise” climate change plan.