Believe it or not, he kept it in his backpack. 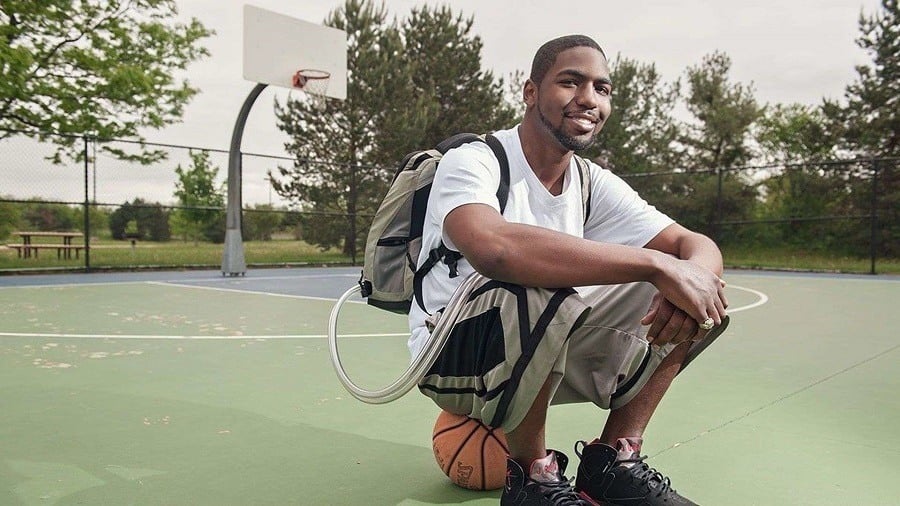 Stan Larkin with the artificial “backpack heart” he now no longer needs after finally receiving a heart transplant. University of Michigan Health System

Last month, Stan Larkin finally received the heart transplant he so desperately needed — after surviving a staggering 18 months without a heart.

Nine years ago, the 25-year-old Michigan resident collapsed unexpectedly on the basketball court and was soon found to have familial cardiomyopathy, a genetic condition that stretches the heart muscle in a way that prevents efficient blood flow.

Finally, by late 2014, Larkin’s heart was failing and had to be removed, to be replaced by an artificial heart. While that was expected, what came next for Larkin was truly surprising.

Doctors found that Larkin was doing extremely well with the artificial heart he’d been given, so much so that he could actually leave the hospital and live with no heart inside his body.

“I was shocked when the doctors started telling me that I could live without a heart in my body and that a machine was going to be my heart. Just think about it — a machine,” Larkin said.

And that machine is nothing short of incredible. A 13-pound device called the Freedom driver, this artificial heart connected to Larkin’s body by several tubes and fit into a backpack that he could take with him anywhere — even on the basketball court, where Larkin continued to play. 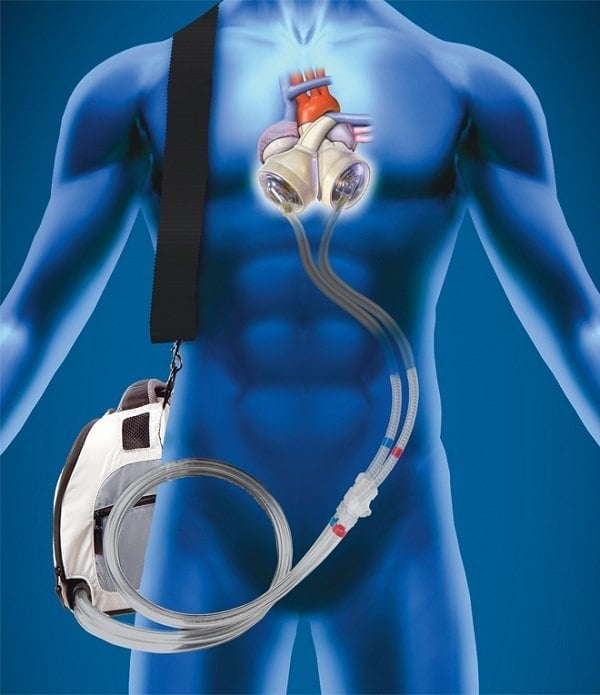 “It’s just in a bag with tubes coming out of you, but other than that, it feels like a real heart. … It felt just like a backpack with books in it, like if you were going to school,” Larkin said.

Now, as incredible as that device is, Larkin won’t need it at all. The heart transplant he’d long been waiting for came through last month and he should be returning home to his three children as early as next week.

The U.S. Organ Procurement and Transplantation Network estimates that approximately 4,000 people across the U.S. are waiting for a heart transplant at any given time. Thankfully, in the meantime, devices like the Freedom driver can keep some very lucky people like Larkin alive.

Next, read up on whether or not donor hearts can into the recipient. Then, get the story on the first-ever penis transplants performed in the U.S. earlier this year.