Australia, A Nation Of Extreme Weather 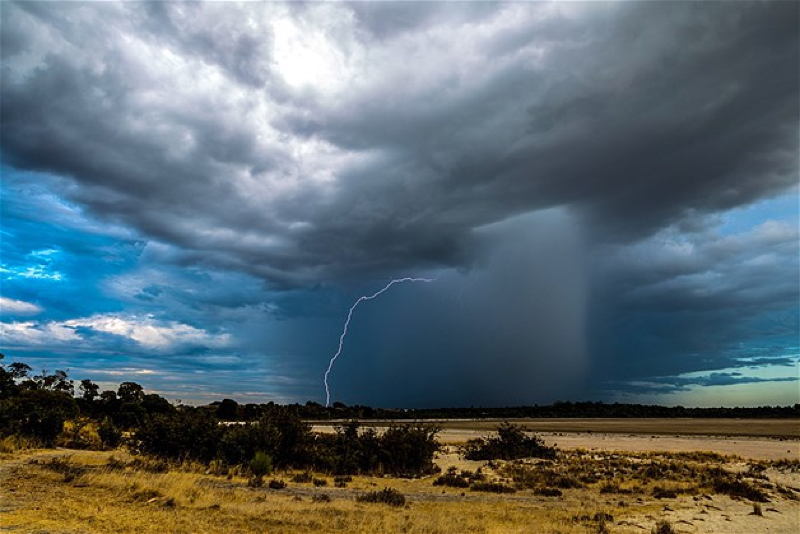 If you’re planning on visiting Australia, bring your wellies and mac along with your bikini. Weather is nothing if not dramatic in the Land Down Under. 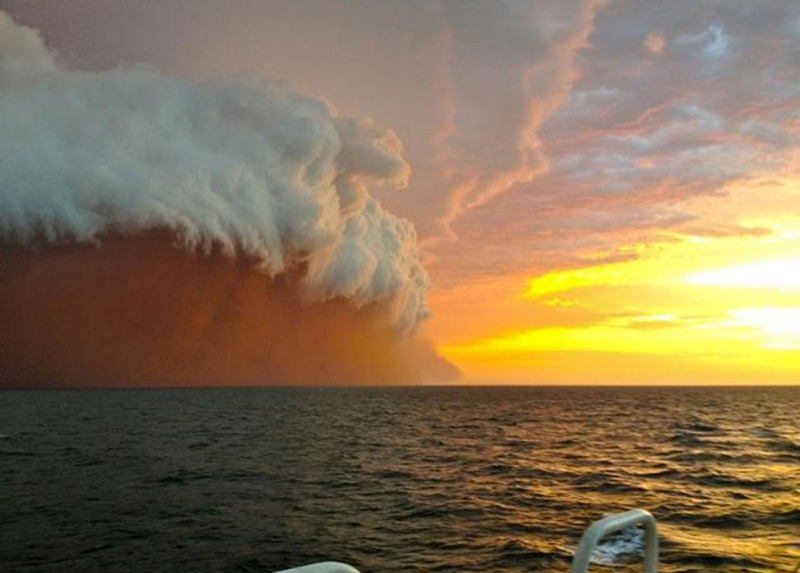 January 2013: a white shelf cloud riding atop a haboob, or dust storm, in western Australia
Source: The Atlantic

Their recent nine-year drought, known as the Big Dry, began in 2001. By 2006, Australia’s farm community was in crisis. Foreclosures and bankruptcies caused farmers to commit suicide at a rate of one every four days. 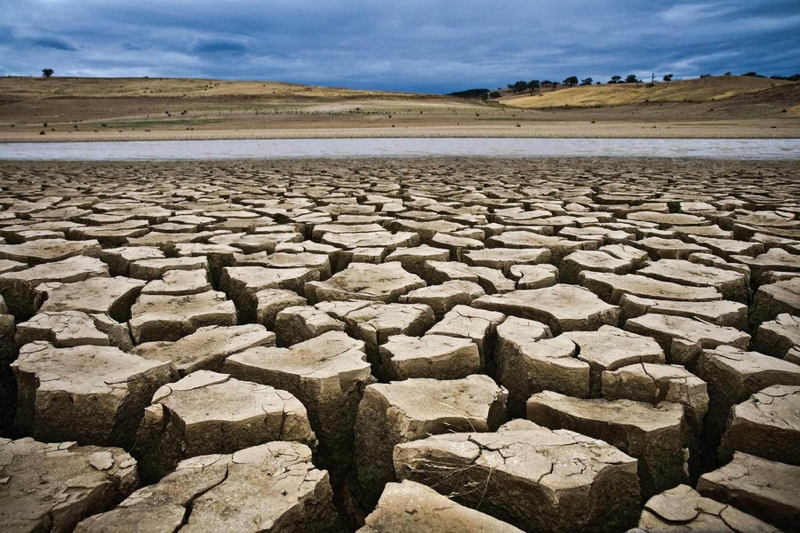 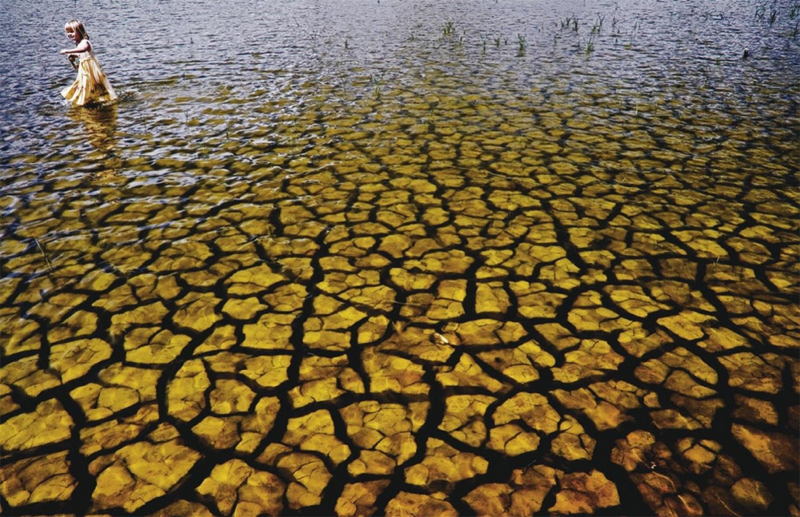 A cracked lakebed after the rains Source: Rodney Dekker

The Big Dry was washed from existence in by a series of colossal rainstorms in 2010 which even dropped spangled perch on the tiny desert town of Lajamanu. That’s right, it rained fish. How could this have happened? Let renowned naturalist and broadcaster David Attenborough explain.

In fact, so much rain fell from 2010 to 2011 that the global sea level went down 7 mm for 18 months. Flooding on the continent was a major problem. It’s as if nine years’ worth of Aussies’ prayers for rain were all granted at once.

But even after the floodwaters subsided, the nation’s extreme weather was far from over. 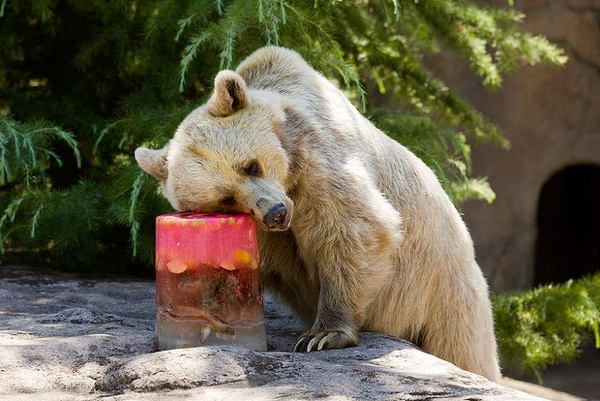 At Melbourne Zoo, a Syrian Brown Bear named Honey nuzzles up to an ice block made just for her with fish, meat, fruit, veggies, and strawberry topping
Source: SMH

A heat wave aptly dubbed the Angry Summer hit the continent in January 2013. It was so intense that Australia’s Board of Meteorology had to add a new color to their weather map: incandescent purple, marking temperatures from 52°C to 54°C, or 125.6°F to 129.2°F. 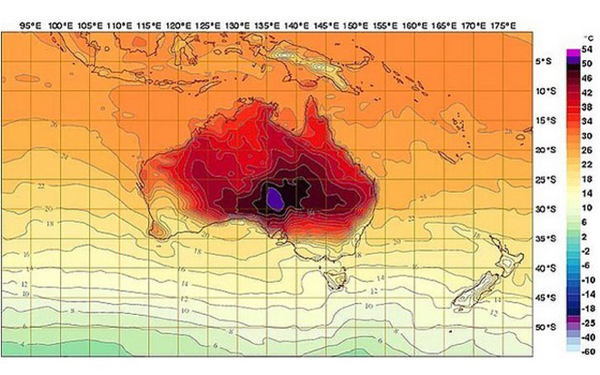 Can you imagine nearly 130° weather? For perspective, Apple says never to expose your iPhone or iPad to temperatures over 113°. 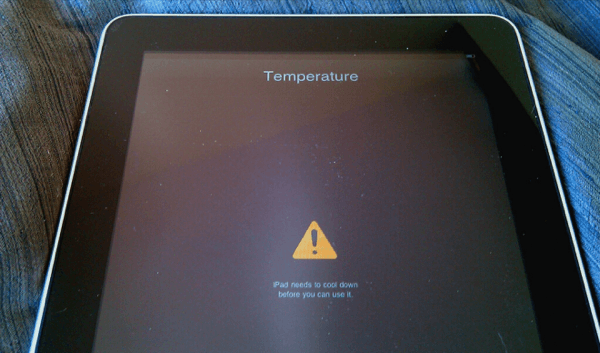 An iPad is no match for Sydney’s temps in January 2013
Source: Wired

The 2013 Australian Open was forced to shut down some matches and reschedule them to evening hours due to extremely high temperatures that caused some players and ballboys to collapse. 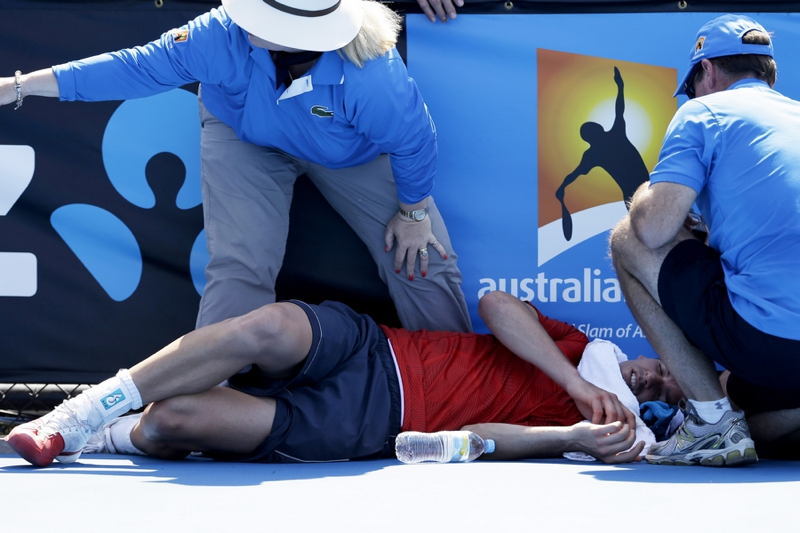 After hallucinating Snoopy on the court, Canadian tennis player Frank Dancevic passes out due to the heat
Source: New York Post

Bush fires, the Aussie equivalent to wildfires, burned for weeks. 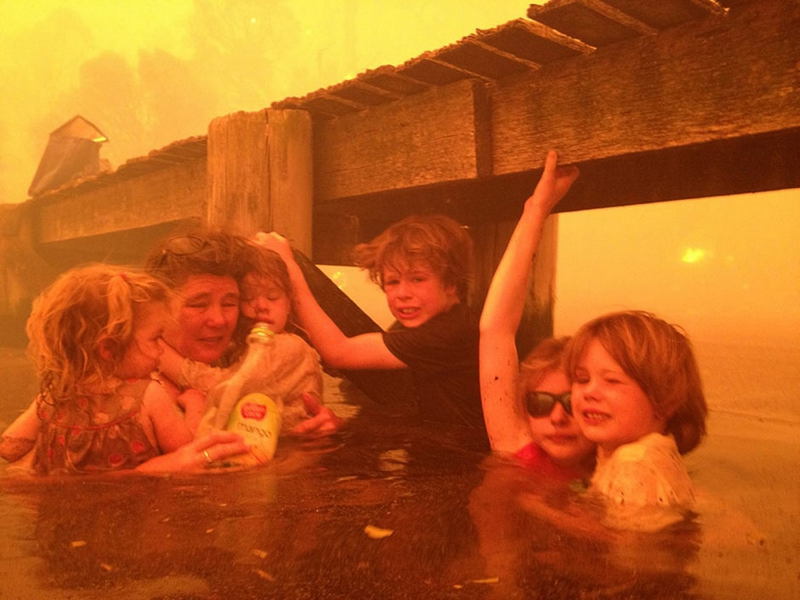 Tammy Holmes and her grandchildren huddle in a canal while a bushfire rages around them
Source: The Guardian 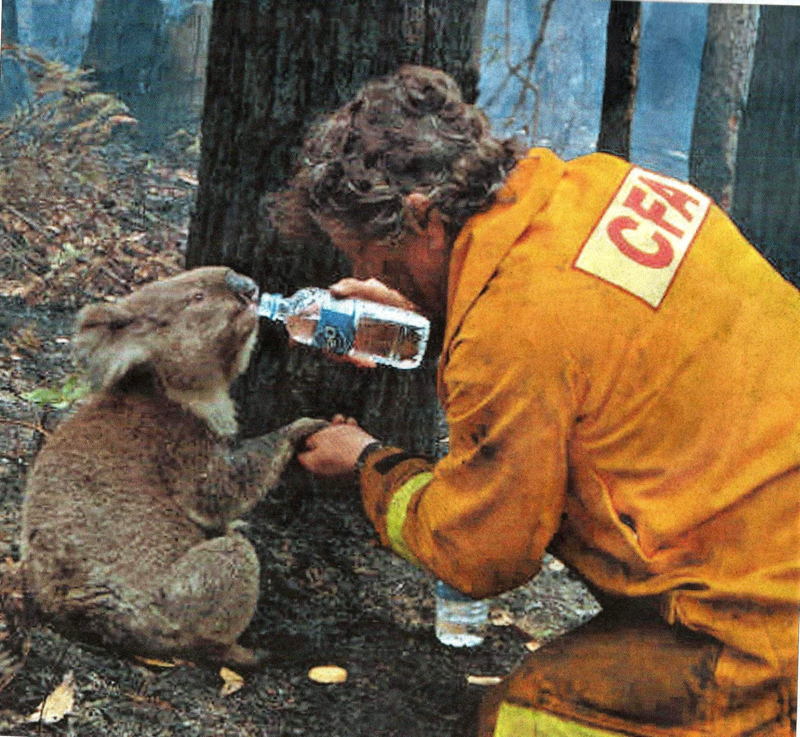 Leslie Maryann Neal
Leslie Maryann Neal is a writer and editor living in Los Angeles. She received her BA in English from California State University, Long Beach.
You might also like
Remove Ads
×
Follow ati On
Join The All That's Interesting Weekly Dispatch
Like Follow