Game of Thrones fans eagerly awaiting season six now have something in the real world to get excited about: Slovenia’s “baby dragons.”

Biologists in Slovenia are preparing for a new brood of olms, cave salamanders known locally as “baby dragons,” to hatch deep in a minimalist aquarium in a dank European cave.

The olm is the continent’s only cave-adapted vertebrate, and only reproduces once every six or seven years. So, when a new brood of 57 eggs was laid in January, scientists and tourists alike crowded into the cave in the hopes of being the first to witness the newest batch of baby dragons. 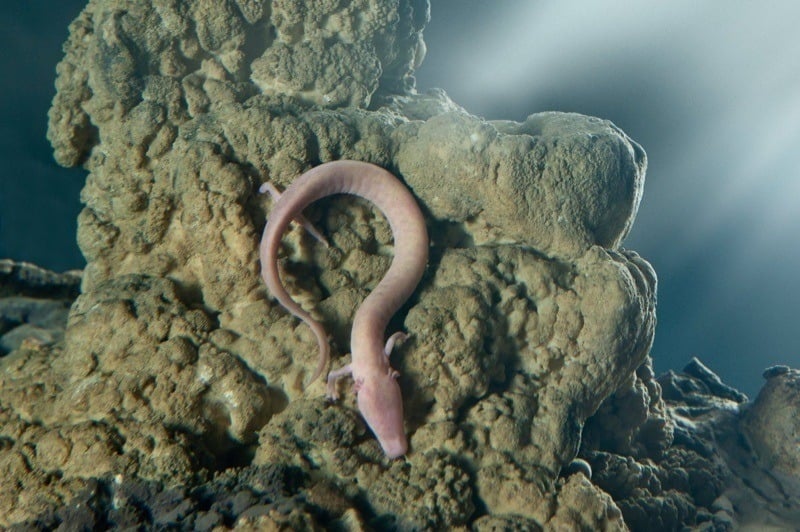 A quick glance at an olm is all it takes to understand the myth and mystery surrounding these creatures. Olms have a thin, snake-like body, short and stubby legs, and frilly fan-like gills protruding from each side of the head. It’s blind (baby olm’s eyes atrophy after about four months) so it hunts worms, insects, and snails using only its senses of hearing and smell. In addition to their keen ears and noses, olms have evolved to detect electric and magnetic fields.

It’s no wonder 15th century humans once believed that the olm was the offspring of dragons.

“People had never seen it and didn’t know what it was,” biologist Saso Weldt told the Christian Science Monitor. “During the winter time, clouds of fog often rose from the cave, so they came up with stories of a dragon breathing fire from the cave, and they thought the olms were its babies.”

Sure, the species can’t breathe fire and they only grow to about 10 inches long, but they can live for 100 years and survive 10-year spans without food. But rubbernecking birthers shouldn’t get too excited about seeing new hatchlings anytime soon — it could take another four months before new babies emerge. There’s also the possibility that the eggs won’t survive long enough to hatch. The last known time an olm laid eggs, the mother’s cannibalistic tendencies cut her hatchlings’ lives short.

This time, however, the waiting biologists are prepared and ready to see these “baby dragons” grow to adulthood.