Vanellope Wilkins was only given a ten percent chance of survival. But this "miracle baby" has defied the odds. 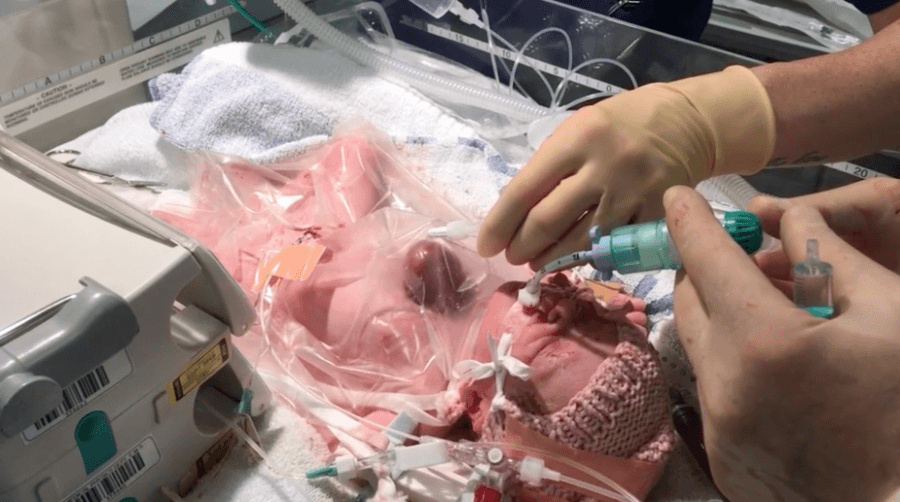 Inside EditionVanellope underwent her first surgery when she was just under an hour old.

A baby in the U.K. who was born with her heart outside of her body will be allowed to go home after nine grueling months in the hospital.

The baby girl, Vanellope Hope Wilkins, was born with a rare condition known as ectopia cordis. The condition occurs when the ribcage of a fetus develops incorrectly in utero and causes the heart to grow outside of the body. The heart goes without the protection of the skin, muscle, or bone in this case.

Babies that are born with ectopia cordis are likely to have additional heart and abdominal defects. There are different levels of severity with this condition that pertain to how much of the heart is exposed.

Vanellope was born with a severe case in which her entire heart beat outside of her tiny chest.

This 'miracle baby' was born with her heart outside of her chest.

Vanellope Hope Wilkins is the first baby in the UK to survive her rare condition. pic.twitter.com/nXi4r1hGnj

What causes ectopia cordis is unknown and is regarded as a random abnormality as of now. What is known is that the condition is more commonly seen in male infants.

Cases of ectopia cordis are also extremely rare and affect approximately one in 126,000 births. Babies only have a 10 percent chance of survival with the condition. According to the Colorado Children’s Hospital, “Most babies born with hearts outside their bodies have severe intracardiac abnormalities, are stillborn, or die within the first few days of life.”

If a baby does happen to survive, it will require extensive medical care by a team of specialists for the rest of its life.

Vanellope is the first baby born with ectopia cordis in the U.K. to survive, according to Reuters. She was scheduled for delivery on Christmas Eve 2017. But due to the condition detected in ultrasounds throughout the pregnancy, she was forced to be born prematurely via Cesarian section on Nov. 22. Her first surgery happened when she was less than an hour old. 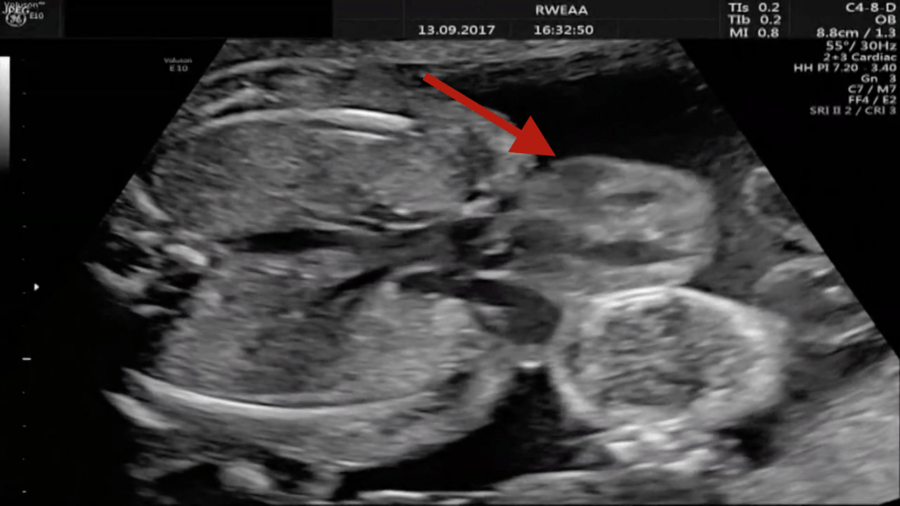 NBC NewsAn X-ray of Vanellope Wilkins before she was born shows her heart developing outside of her body.

After undergoing three surgeries in an attempt to place her heart back inside of her body, doctors have allowed Vanellope to go back home to visit with her parents.

The baby’s family is recreating a hospital-grade critical care environment in their home, and are hoping that Vanellope will be able to return home permanently in the future.

“It’s daunting. It’s the ‘what if’ you get constantly going round in your head and then again it’s putting everything you’ve learned into place,” said Naomi Findlay, Vanellope’s mother, adding that she’s “looking forward” to having her baby girl home.

Findlay was nine weeks pregnant when she and her partner, Dean Wilkins, learned of the baby’s heart condition. According to Inside Edition, Findlay and Wilkins were advised to have an abortion but they refused.

Ever since Vanellope’s birth, she’s been fighting for her life like the world has never seen before, “That’s what keeps me going,” says Findlay. “Knowing that she’s fought all the way to be here.”

Next, check out this story about the six most horrifying parasites found in humans. Then, read about Stanislawa Leszczyńska — the woman that delivered 3,000 babies while imprisoned in Auschwitz.