11-Month-Old Baby Suffers From A Stroke After Contracting Chickenpox

The baby was happy and healthy until he woke up from an afternoon nap with weakness in the right side of his body. 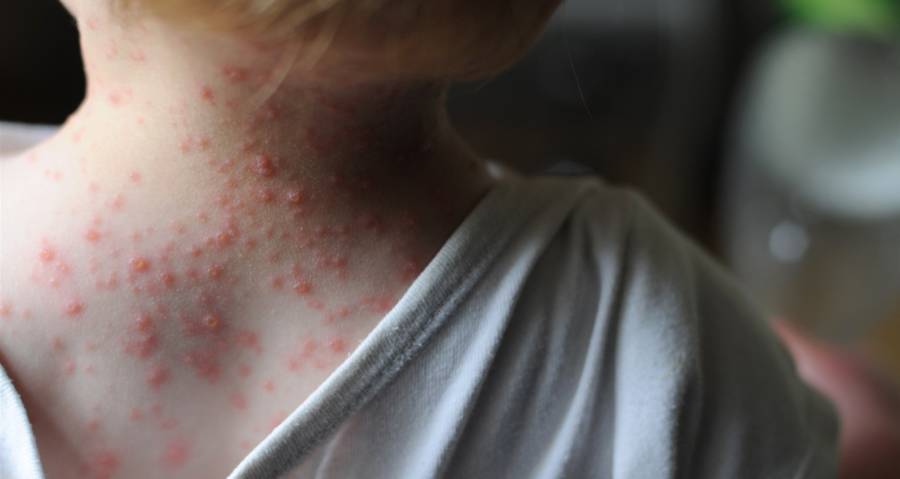 Getty ImagesChickenpox on a child’s neck.

A devasting stroke suffered by an otherwise healthy baby has once again exemplified the importance of vaccines.

In a recent study published in The Journal of Pediatrics, it was documented that an 11-month-old boy suffered a stroke as a result of exposure to the chickenpox a few months prior.

The baby’s mother took him to the doctor after she noticed that he had weakness in his right arm and leg after he woke up from his normal afternoon nap. Tests were conducted on the baby which revealed that he had suffered a stroke, the study said.

Doctors believe that the baby’s stroke was caused by a complication relating to the chickenpox, which they think he must have contracted from a sibling. The boy, along with his two older siblings who were not vaccinated for the virus, contracted the chickenpox two to three months before he woke up with weakness on his right side.

Dr. Tina Tan, a professor of pediatrics at Northwestern University’s Feinberg School of Medicine and a pediatric infectious disease specialist, told NBC that the seemingly harmless chickenpox infection can actually have some severe effects.

“Everyone thinks it’s a minor illness,” Tan said. “There are a number of serious complications.” Like that which ultimately killed the 11-month-old baby.

“Basically, the chickenpox virus infects the large blood vessels in the brain and causes inflammation in them,” she explained. “The blood vessel can scar and that can decrease blood supply to the brain, which can lead to stroke.”

According to the Centers for Disease Control and Prevention, the chickenpox is caused by a virus known as varicella-zoster. This extremely contagious disease is characterized by a blister-like rash covering the skin and causes itching, tiredness, and fever.

The chickenpox was once very common in the United States but an increase in vaccinations have helped to quell the disease. The CDC recommends that children over one-year-old, adolescents, and adults, be vaccinated for the disease.

The new article cited a previous 2014 study which discovered that the risk of stroke in children in the first six months after contracting the chickenpox increased four times if they were not vaccinated. Children who were vaccinated had a zero percent chance.

Vaccination has been a hotly debated topic for decades but doctors cite cases such as this one to support the decision to vaccinate.

“The risks associated with vaccines are very, very, very small,” Dr. Aaron Milstone, an associate professor of pediatric infectious diseases and epidemiology at the Johns Hopkins Health System, told NBC. “But the anti-vaccine community is very loud, especially on social media. They generate a lot of anxiety in those who have not seen the horrors of preventable diseases.”

Widespread vaccination helps to protect children who are too young to be vaccinated as well as those people with compromised immune systems, from contracting diseases or spreading infections.

Dr. Nina Shapiro, the director of pediatric oncology at UCLA, explained the importance of widespread vaccinations in order to prevent cases, such as the sad story of the 11-month-old stroke victim, telling NBC:

Next, check out these nine vaccine myths that refuse to die and the facts debunking them. Then, read up on California’s vaccination bill and why they decided to make vaccines mandatory in the state.