New research shows that the more certain you are that your political viewpoints are better than everyone else's, the more likely you are to overestimate your knowledge about the issues and avoid new information that could change your mind. 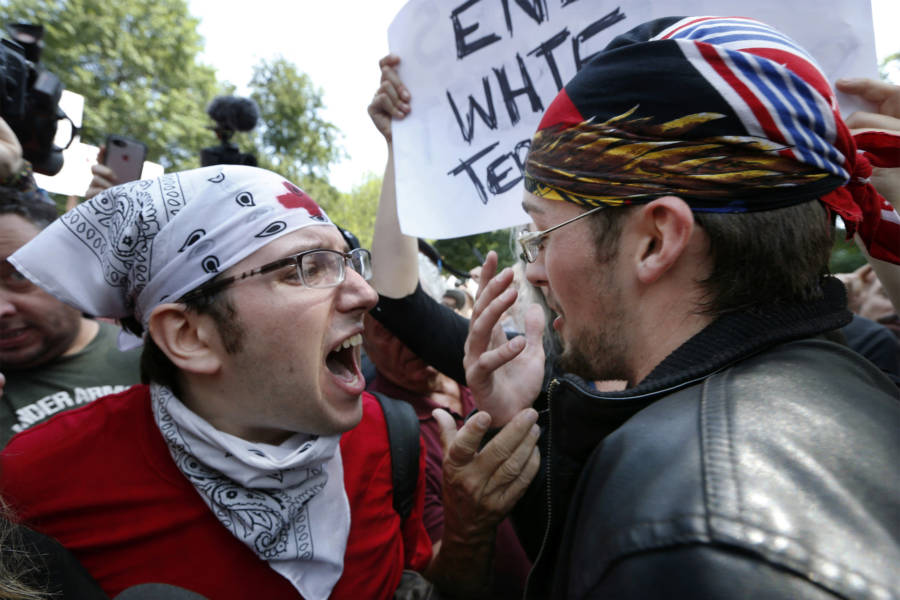 Next time your know-it-all friend or relative tries to spew their “superior knowledge” about politics at you, you can tell them that they’re very likely overestimating how much they actually know — and science says so.

A study recently published in the Journal of Experimental Social Psychology found that the people who think they’re the smartest person in the room are often the opposite.

Past studies have shown that those with high levels of “belief superiority” — the idea that one’s own views on a given topic are superior to the differing views of others — also perceive themselves to be better informed about the topics in question.

The researchers behind the new paper put this to the test to see how just well-informed those with high belief superiority really are.

Using online surveys, the researchers had participants describe how superior they felt their fact-based viewpoints were compared to the views of others on a handful controversial political topics (including income inequality, size of the federal government, terrorism, and gun control). Then they asked the participants a series of multiple-choice questions that would measure their actual knowledge about those issues.

In evaluating the responses of the diverse group of 2,573 American adults who participated, the researchers discovered that the greatest gap between perceived knowledge and actual knowledge existed in those who described their degree of knowledge as the most superior.

In other words, those who are most certain that they’re right and everyone else is wrong are in fact the people who know less than they think they do more so than anyone else.

“The present research investigated whether people who express belief superiority can justify it with superior knowledge,” said the researchers, according to IFLScience. “We found little evidence to support that claim.”

To test this, researchers asked participants to select news articles they wanted to read based on the headlines alone. People with higher belief superiority were more likely to choose the headlines that agreed with the beliefs they already held, thus making them less receptive to other points of view and less likely to change their opinion when presented with new information.

All of this supports the oft-studied Dunning-Kruger effect, which shows that people with low cognitive abilities lack a certain level of self-awareness that makes them overestimate how smart they actually are. Meanwhile, people with a higher cognitive ability can better reflect on their brain’s limitations and thus underestimate their own intelligence.

Furthermore, the new research falls in line with other studies published in recent years that show that belief superiority goes hand in hand with stubbornness and political extremism — on both the left and the right.

While all of this paints a rather dark portrait of current political discourse, the researchers behind the new study did find that at least some of the participants with high belief superiority showed a willingness to seek out new information after the researchers made them aware that they were wrong about certain matters. Maybe there’s just a tiny bit of hope for the quality of political debate in the modern age after all.

Next, read about the recent research proving that people rationalize policies once they go into effect.