Poverty A “State Of Mind,” Says Man In Charge Of U.S. Agency That Helps The Poor

On a Wednesday radio show, HUD Secretary Ben Carson implied that being poor is a choice. 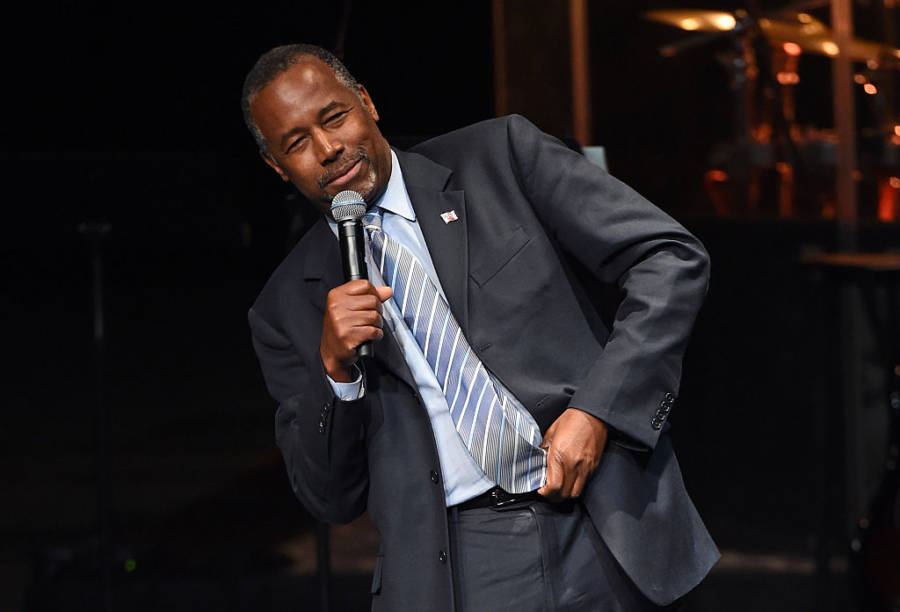 Ben Carson — the man in charge of a federal department meant to help those in poverty — just said that poverty, something that 43 million Americans experience, “is a state of mind.”

The Secretary of Housing and Urban Development shared his theory on a Tuesday talk show.

“I think poverty to a large extent is also a state of mind,” he told friend and radio host Armstrong Williams. “You take somebody that has the right mind-set, you can take everything from them and put them on the street, and I guarantee in a little while they’ll be right back up there.”

He then added that helping people who are poor doesn’t do them much good — that is, if they have a bad attitude.

“You take somebody with the wrong mind-set, you can give them everything in the world — they’ll work their way right back down to the bottom.”

Carson, a renowned neurosurgeon, credits his mother with helping him rise out of the poverty he was born into — saying that “she was a person who absolutely would not accept the status of victim.”

But Twitter users were quick to point out that the fact that one person was able to overcome an exceptionally high barrier does not mean that everyone can, or that the people who haven’t overcome it are unworthy of help or inferior.

Ben Carson would've escaped north then circled back to lecture on behalf of the plantation.

It’s also relevant to note that Carson’s mother did sometimes turn to the government for food assistance, according to Carson’s autobiography.

This framing isn’t unique to Carson, however. As author Stephen Pimpare wrote in The Washington Post, it’s convenient for government officials to portray poverty as a choice.

“Never mind that research from across the social sciences shows us, over and again, that it’s a lie.

Never mind low wages or lack of jobs, the poor quality of too many schools, the dearth of marriageable men in poor black communities (thanks to a racialized criminal justice system and ongoing discrimination in the labor market) or the high cost of birth control and day care.

Never mind the fact that the largest group of poor people in the United States are children. Never mind the grim reality that most American adults who are poor are not poor from lack of effort but despite it.”

Indeed, mountains of data suggest that poverty is very much not a state of mind. It’s a cycle — and a racist one at that.

According to the University of Michigan’s National Poverty Center, African-Americans and Hispanics are more than twice as likely as whites to suffer from poverty.

Experts attribute this to centuries of systematic oppression that — with a “cascading effect” — continue to contribute to significant disadvantages starting at a young age.

Carson’s argument suggests that this startling chasm is actually just a difference between black and white peoples’ minds. As a neurosurgeon, he should know better.

It’s understandable that Mr. Carson would not be familiar with any of this research, though, since he has no former experience in government and zero expertise regarding housing or economic development.

He claims to be qualified for his position because he grew up “in the inner city” and has “dealt with a lot of patients from that area.”

Just like how I’m a qualified veterinarian because I grew up with a dog.

Next, read how the Trump Administration will make life harder for black Americans, according to a new report. Then, learn about how black Americans are wrongfully convicted at far greater rates.