Zebra finches typically learn to sing a song from their parents through imitation, but a new study shows they can learn a song without ever hearing it. 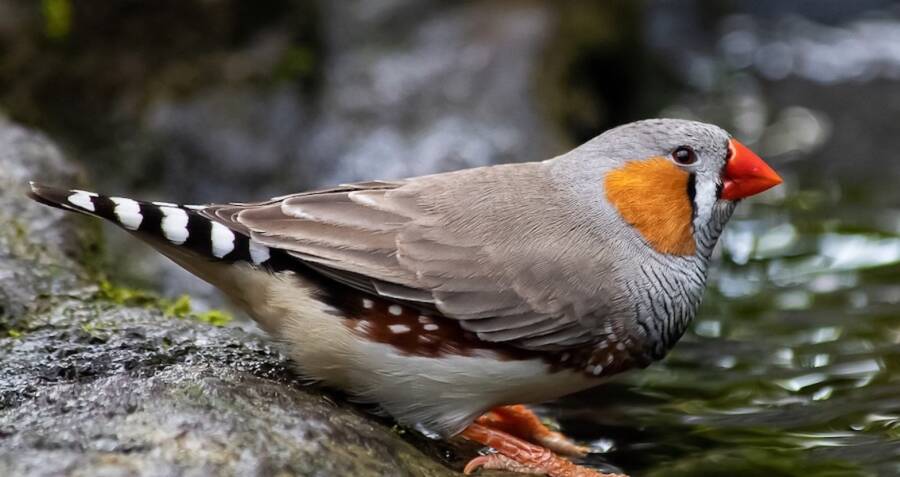 To learn how our bodies work, scientists often turn to study animals with similar physiological traits as humans. Scientists use zebra finch birds, for example, to understand the mechanisms of human speech because the species’ vocal development is quite similar to ours.

Which makes a recent study all the more interesting. A team of neuroscientists recently performed a real-life memory inception on zebra finches, implanting fake memories of melodies that the birds had never heard before.

According to Science Alert, scientists used optogenetics — a method of controlling living tissue with light — to activate certain neuron circuits in the birds’ brains.

As researchers pulsed the light tool in a certain rhythm while targeting certain neurons, they were able to encode “memories” in the birds’ brains. The time certain neurons were kept active corresponded to the lengths of the notes in the songs that the birds were later able to recall.

Zebra finch parents tell their eggs that it’s hot outside.

Zebra finches typically learn to sing a song from their fathers and other adults. In fact, some research has even shown that unhatched baby finches can still process messages sent by their parents from outside the egg.

In this study, however, the light tool assumed the role of parental figure, guiding the bird in memorizing a song without it ever hearing it.

The study is the first of its kind to confirm brain regions that encode “behavioral-goal” memories, which guides creatures — like humans — to mimic a certain speech or behavior.

“We’re not teaching the bird everything it needs to know – just the duration of syllables in its song,” neuroscientist Todd Roberts from the University of Texas Southwestern Medical Centre said in a press statement. “The two brain regions we tested in this study represent just one piece of the puzzle.”

The study also discovered that if communication between two brain regions — called HVC (high vocal center) and NIf (nucleus interfacialis) — were cut off after the bird had learned a song through memory, the bird could still sing it.

But if that communication channel between two regions was cut before the bird had the chance to form memories of the song, the zebra finch could never learn it, no matter how many times it heard the song afterward.

The study was published in the journal Science. It focused only on the duration of a given syllable — not on its pitch. And it may be a while before we’ll be able to make similar discoveries in the human brain.

“The human brain and the pathways associated with speech and language are immensely more complicated than the songbird’s circuitry,” Roberts said. “But our research is providing strong clues of where to look for more insight on neurodevelopmental disorders.”

So, for now, if you want to memorize every Beatles song ever written, you’re going to have to do it the old fashioned way and listen to them over and over again.

Eventually, the goal is to figure out how vocal learning and language development happens in the human brain, and possibly even find work-arounds for people with autism or one of many other neurological conditions that affect speech.

Now that you’ve learned how scientists are performing memory inception on birds, read how scientists discovered the possible key to reducing fear from traumatic memories. Then, discover how scientists recently connected the brains of three different people.