The congressman made headlines earlier this year when he threatened to duel lawmakers who he blamed for Congress’ inability to repeal the Affordable Care Act. 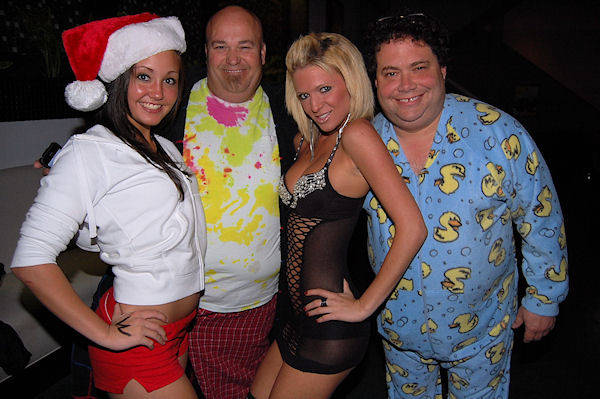 Personal photoRep. Blake Farenthold (Right) standing next to a “Crush Girls” model at a fundraiser in 2009.

The previously unknown member of Congress behind a large sexual harassment settlement paid out through a little-known congressional account has been identified.

Congressman Blake Farenthold (R-Texas) used a taxpayer-funded Office of Compliance account to pay an $84,000 settlement when he was sued for workplace sexual harassment by one of his staffers, reported Politico.

In December of 2014, Lauren Greene, Farenthold’s former communications director, filed a lawsuit against the congressman for gender discrimination, sexual harassment, and creating a hostile work environment.

In her lawsuit, Greene claimed that a Farenthold aide once informed her that the congressman had told him he had had “sexual fantasies” and “wet dreams” about Greene.

“On one specific occasion, Farenthold told Greene that she had something on her skirt and that he hoped his comment wouldn’t be taken for sexual harassment,” the complaint reads. “A reasonable person would infer that Farenthold was joking that she had semen on her skirt.”

She also claimed that Farenthold “regularly drank to excess” and once told her he was “estranged from his wife and had not had sex with her in years.”

In her suit, Greene noted an incident in 2014, when Farenthold’s top aide Bob Haueter made a complaint that Greene’s shirt, claiming it was transparent, and Farenthold responded by telling another woman staffer that Greene “could show her nipples whenever she wanted to.”

When Greene complained about these comments, she says the congressman improperly fired her.

She responded to this firing by filing a lawsuit in U.S. District Court in the District of Columbia, which was dropped after the two parties reached a settlement.

House Administration Committee Chairman Gregg Harper of Mississippi told GOP lawmakers in a private meeting that only one representative in the past five years had used an Office of Compliance account to settle a sexual harassment complaint.

Neither Farenthold nor Greene and her representation, would admit that Greene was the recipient of that settlement.

In response to these allegations, Farenthold released a statement saying, “While I 100% support more transparency with respect to claims against members of Congress, I can neither confirm nor deny that settlement involved my office as the Congressional Accountability Act prohibits me from answering that question.”

Farenthold used government funds to pay this settlement, despite the fact that the Center for Responsive Politics reported his net worth to be $35.8 million in 2011.

The congressman made headlines earlier this year when he threatened to duel Republican lawmakers from the northeast who he blamed for Congress’ inability to repeal the Affordable Care Act.

Talking about this incident, Republican Senator Susan Collins of Maine was caught on a hot mic saying, “I don’t mean to be unkind, but he’s so unattractive it’s unbelievable.”

Next, read how a congressman sent the most disgusting sext in the history of sexting. Then, learn about the anti-abortion congressman who asked his mistress to get an abortion.