Study Shows That People Are More Willing To Seek Treatments, But Only For Unrealistic Benefits

The cost of treatments to reduce cardiovascular risk isn't just in their out of pocket price or side effects, but in their simple inconvenience. 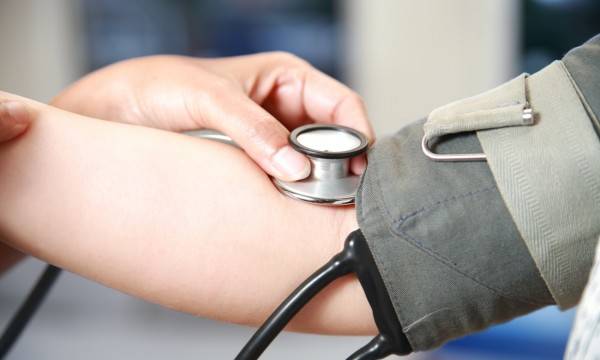 Lowering blood pressure reduces the risk of future health complication and can prolong life. The challenge is in figuring out what it takes for a person to overcome the inconvenience factor

Imagine your doctor tells you that if you drink a cup of tea a day you, you’re guaranteed an extra five years added to your life. It probably seems like a no-brainer.

But in reality, there’s no situation where a simple cup of tea will automatically add five years to your life. A new study presented at the American Heart Association’s Quality of Care and Outcomes Research Scientific Sessions 2018 focused on people’s willingness to make certain lifestyle changes in order to treat high blood pressure. But the researchers didn’t want participants to consider any other factors, aside from the actual treatment, that would potentially dissuade them. So they gave them the easiest parameters possible.

In speaking with All That’s Interesting, Erica Spatz M.D., M.H.S., an assistant professor at the Center for Outcomes Research and Evaluation, at the Yale School of Medicine and lead author of the study said, “Our intention was to make each of these treatments as feasible as possible to implement, and to eliminate any concerns about financial cost or about side effects,” said Spatz. Because even though things like side effects and out of pocket costs can be real problems for patients, sometimes the biggest cost is just simple inconvenience.

Spatz and her team recruited around 1,300 participants, most of whom had high pressure. They were told that these four treatments were free of cost and had no side effects.

But any change poses its obstacles and it can be hard for people to feel compelled to make a change if they don’t know what they’re getting out of it. So participants were also given a clearly defined benefit regarding time added to their lives.

Even though tea and pills were slightly higher than exercise and a shot, across the board, people were overwhelmingly willing to do any of these tasks. Ninety-six percent of people would take a pill or drink a cup of tea, and 93 percent would exercise if added five years to their life. When the added benefit was only an additional month of life, those numbers dropped to 79 percent, 78 percent, and 63 percent respectively.

The thing is, it’s not really about whether an extra month of life is worth it. As Spatz said, “that is an individual judgment.” Rather, it’s about discovering what makes it hard for people to make changes that could benefit them. And at what point to the benefits outweigh the burdens.

“If taking this pill could add years to one’s life, they might feel like the burden was worth it,” said Spatz. Because in reality, the hypothetical treatments and added lifespans posed in the study aren’t true and “a lot of people desire a level of benefit that cannot be promised.”

A previous study done by co-author Dr. Darrel Frances found that if people were asked to take a pill every day for their high pressure, one in four of them expected unrealistic benefits. These people, “desired benefits that surpassed the average effects of statins,” said Spatz. If the true metrics were given, then based on the data, “the inconvenience of taking a statin would not have been worth the benefit it could provide.”

However, high blood pressure is a leading risk for much more serious problems like cardiovascular disease, blood clots, and stroke. It’s called the “silent killer” because it has no symptoms, so it quietly does major damage to your body for years.

When talking to patients with high blood pressure or about preventing it, pinpointing what makes it hard for them to make a change can help in discussing pros and cons and getting them to commit to treatments that will benefit them in the long run. “Recognizing that disutility exists and may be different for different people is useful for enriching real-life discussions and decisions about treatments to reduce cardiovascular risk,” said Spatz.

Sadly, drinking a cup of tea a day won’t add five years to your life. But some things are just as easy, like exercising and eating healthy, that can potentially save you from something like a heart attack year down the road.

If you liked this article, you may also be interested in the tech billionaire interested in injecting himself with young people’s blood to fight againg. Then read about the heroin vaccine that uses the body’s own defense to keep people from getting high.