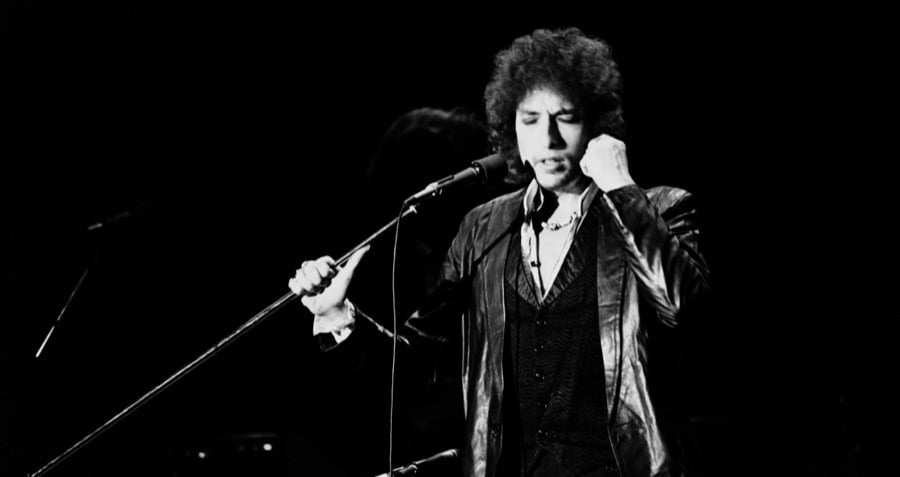 Today, Bob Dylan was awarded the 2016 Nobel Prize for Literature for “having created new poetic expressions within the great American song tradition.”

This award will now have to find room on Dylan’s mantelpiece next to his Golden Globe, Academy Award, Pulitzer, Presidential Medal of Freedom as well as his 12 Grammys. For this latest accolade, Dylan will receive an 18-karat gold medal and a check for about $925,000.

According to Sara Danius, the Permanent Secretary of the Swedish Academy (one of the main organizations behind the prizes), Dylan is more than deserving of these rewards:

“It’s an extraordinary example of his brilliant way of rhyming and his pictorial thinking. If you look back, far back, you discover Homer and Sappho, and they wrote poetic texts that were meant to be listened to. They were meant to be performed. It’s the same way with Bob Dylan. But we still read Homer and Sappho. He can be read and should be read. He is a great poet in the grand English tradition. I know the music, and I’ve started to appreciate him much more now. Today, I’m a lover of Bob Dylan.”

Before Dylan, the last American to win the Nobel Prize for Literature was novelist Toni Morrison in 1993. Since then, the award has gone to artists from a number of different countries including Russia, Belarus, France, and China.

Those prizes as well as all the others in Nobel history have gone to artists working in the more well-established literary traditions such as prose, poetry, and drama. Dylan is the first literature winner who has won based on the poetic value of his song lyrics.

The now 75-year-old Dylan has been honing that craft for decades, first moving to New York to start his career in 1961, when he was just 19. He soon signed to a record label, and it wasn’t long before he would sing at 1963’s landmark March on Washington. In fact, Dylan was on the stage with Martin Luther King Jr. as he delivered his famous “I Have a Dream” speech.

In the years that followed, Dylan went on to expand the very boundaries of what music and lyric writing could be.

“Bob freed your mind the way Elvis freed your body,” Bruce Springsteen said as he inducted Dylan into the Rock and Roll Hall of Fame. “He showed us that just because music was innately physical did not mean that it was anti-intellectual.”

Today, having spent decades proving Springsteen right, Dylan now holds an honor that not even any other Rock and Roll Hall of Famer has ever had.

Next, check out everything you didn’t know about the March on Washington, before seeing if Dylan is actually worth the hype.