Police pull two bodies from the waters of Central Park this week. 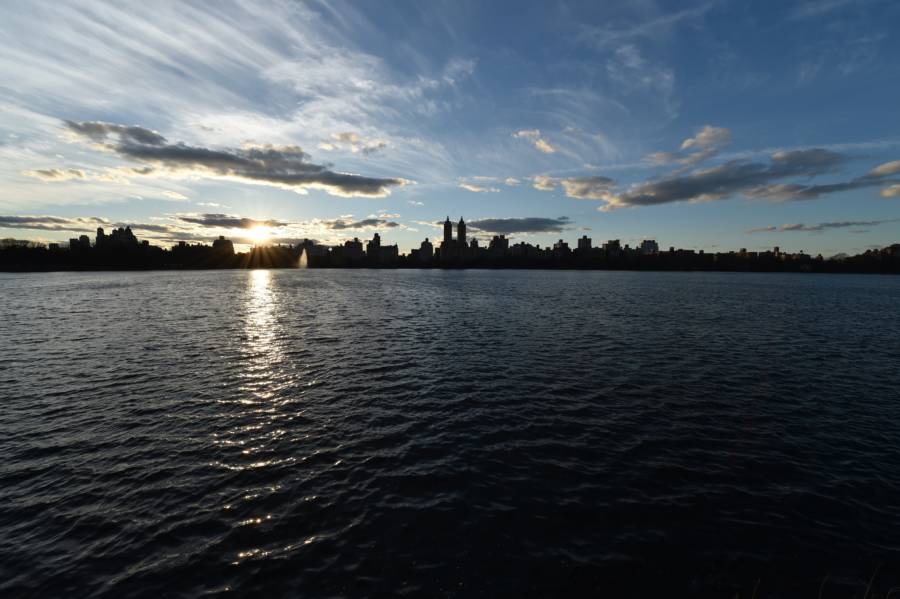 Ahh, spring in New York. The birds are chirping, the outdoor cafes are bustling, and… well, the dead bodies are floating to the surface of most local bodies of water.

Every spring, there is a surge of what have come to be known as “floaters” — corpses that rise from the warming watery depths — and this year is no exception.

Two bodies in two days were pulled from Central Park waters this week and others have been found in the East and Hudson Rivers.

One of the dead, a nude man in his 20s who had likely been underwater for at least a month, was pulled from the Central Park’s Jacqueline Kennedy Onassis Reservoir. Another man in his 30s is thought to have been submerged in “Swan Lake” for about a week.

“When the water is below 39 degrees Fahrenheit, bacteria can’t metabolize in intestinal tracks,” the pathologist explained. “As the water gets up over 40 degrees, the bacteria starts making gases. That causes the body to rise to the surface.”

Police say they don’t keep track of how many bodies are pulled from waters. But in other years, reports have indicated that half of all floaters are discovered in the springtime.

Though these unsettling sightings have become an annual occurrence around New York’s rivers and harbors, floaters are rare in Central Park — especially at the rate of two bodies in two days.

“I knew about the first body, but when you hear about a second body, that’s even more creepy,” Margaret Berenson, an Upper East Side resident, told The New York Times. “But I love the park. I’m not giving it up.”

Though the large number of police and investigators in the typically safe park were unsettling to some visitors, police said the deaths did not appear to be the results of any crime.

“There’s no signs of criminality as of now to make this anything other than coincidence,” Robert K. Boyce, the city’s chief of detectives, said. “But it is unusual for the park.”

A scuba team was sent into the reservoir — which is 37 feet deep on average — on Wednesday to make sure that no other bodies are lurking below the surface.

Next, discover how a dead priest’s DNA might soon solve a nun’s decades-old murder mystery.