Kendra Jackson's nose ran constantly for two years before she found out the true cause. 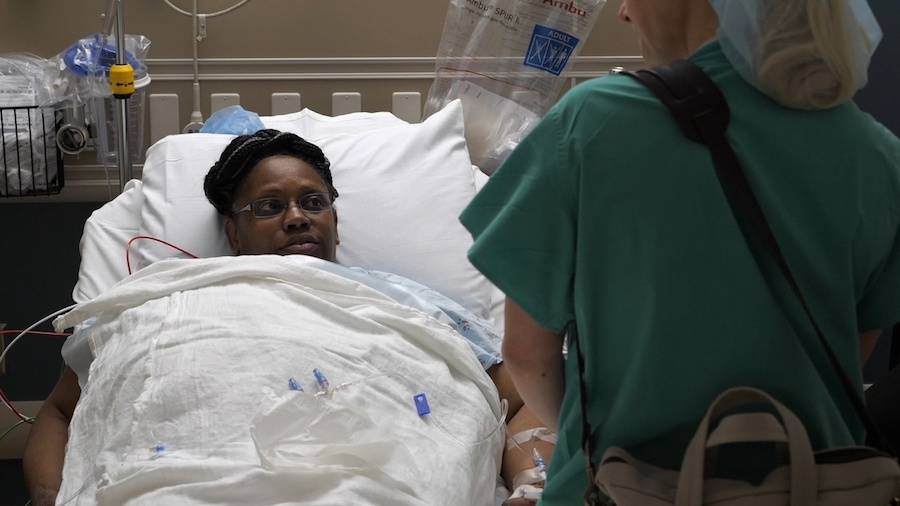 Allergies, congestion, and head cold. These were all potential causes doctors gave Kendra Jackson for her runny nose. As it turned out, Jackson was actually suffering from a condition called Cerebrospinal fluid Leak, which basically means fluid was leaking out of her brain.

Jackson, 52, had a severe runny nose for at least two years. When it first started, she assumed she was just coming down with a cold. But it didn’t go away and it started getting worse. “I kept going back and forth to the doctors, and they prescribed every kind of medicine you can think of, and my nose just kept on running,” she said.

The 52-year-old woman from Omaha, Neb., described it, “like a waterfall, continuously, and then it would run to the back of my throat.”

Meanwhile, she was also suffering from headaches and was having a hard time sleeping.

Finally, Jackson was diagnosed with Cerebrospinal fluid Leak after seeing physicians at Nebraska Medicine. Carla Schneider is the physician assistant who diagnosed Jackson. “One of the things she said that stuck out to me was that she would wake up and her entire shirt would be covered with this drainage from her nose,” Schneider told CBS news.

Cerebrospinal fluid (CSF) is a watery fluid that surrounds the brain. If the brain moves, CSF works as a buffer and protects it and the spinal cord. The body replaces CSF on a daily basis as it’s absorbed into the bloodstream. When there’s a leak, the fluid leaks through a hole in the skull bone.

Jackson was leaking about half a liter a day.

“That is not normal. That’s not allergies at all,” said Schneider. Tests confirmed that Jackson had Cerebrospinal fluid Leak. The condition occurs in about one out of 20,000 people each year.

In 2013, Jackson hit her face on the dashboard when she was in a car accident and her symptoms began a couple years after. Doctors believe the accident could have caused her to develop the condition, as trauma from a head injury is one of the ways CSF leaks can occur.

On April 23, 2018, doctors performed surgery, placing a graft made of Jackson’s own fatty tissue to close the hole and stop the leak. She had up follow-up appointment on May 4 and Schneider said, “So far her post-op course is going as well as we could hope.”

“I don’t have to carry around the tissue anymore, and I’m getting some sleep.” Jackson told KETV NewsWatch 7.

She’ll have more follow-up appointments to monitor the pressure in her head, but doctors are expecting a full recovery.

Next read about how 4,000 year-old brain tissue was preserved after boiling in its own fluids. Then read about the timedoctors found a spider living in a woman’s ear.