The boy's mother is suing the private Christian school for $30 million. 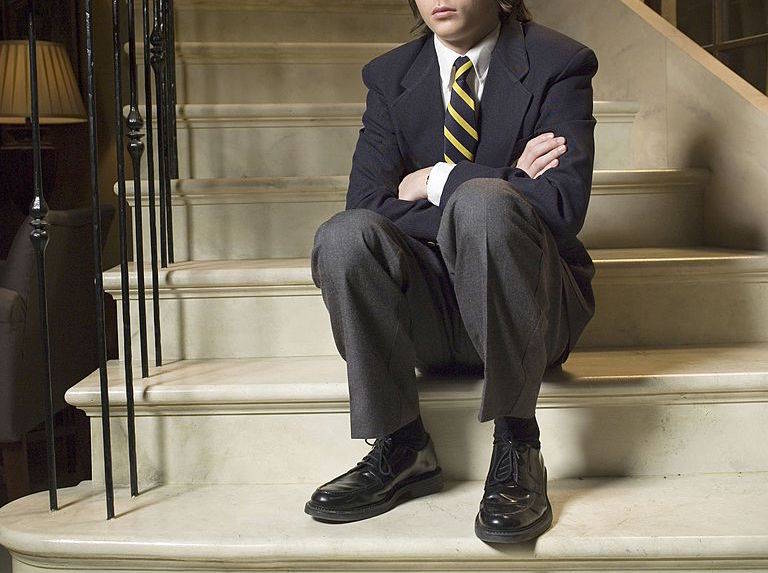 “Whosoever shall smite thee on thy right cheek, turn to him the other also.”

This is what Jesus is said to have told his disciples in the Gospel of Matthew.

It’s also what the teachers at a prestigious private school in Tennessee told a 12-year-old boy after he was repeatedly raped by teenage students.

The school apparently downplayed the attacks and refused to report them to authorities, according to a lawsuit filed by the victim and his mother on Friday, seeking $30 million from Brentwood Academy.

According to The Tennessean, the suit accuses four eighth-grade boys of raping and assaulting the sixth-grade plaintiff five separate times during the 2014 through 2015 year.

The case alleges that Brentwood’s headmaster, Curtis G. Masters, told the young victim to “turn the other cheek,” because “everything in God’s kingdom happens for a reason.”

When the boy’s mother had initially learned about the attacks, she says she approached the school counselor. She says the man was reluctant to contact the police because that “isn’t how Christian institutions handle these things.”

“Our highest priority is the safety and protection of our students,” Masters responded to the accusations in an email. “We take any allegation involving our students very seriously. We responded immediately and fully cooperated with authorities when we became aware of concerns in 2015. We are obligated to maintain confidentiality in any legal matter. Out of respect for all parties involved, and based on the advice of our legal counsel, we are unable to discuss details at this time.”

The assaults happened in the locker room and the perpetrators bragged to many other students in the school about what had happened.

The victim’s mom only learned of the incidents when another student’s mother called and told her.

She spoke to the school counselor — who was an employee of Daystar Counseling, a Christian ministry service — about what she had heard and he suggested dealing with it within the school.

He suggested giving the main perpetrator an in-school suspension and allowing the victim to change into his gym clothes in Masters’ office until cameras could be put in the locker room.

Understandably unsatisfied with that answer, the mother took her son to a pediatrician, who said that “if Daystar Counseling failed to contact Department of Children Services immediately, then he would do so,” the lawsuit says.

The boy’s lawyer is demanding a jury trial.

Next, read about a new study finding that men being raped by women is a much more common problem than most people realize. Then, see why it took police 16 years to realize that dentures taken from a rape scene had the attackers name written on them.