In 2011, Pakistan's markhor population reached a worrisome low of 2,500. Officials responded by banning local poachers from hunting them while welcoming foreigner trophy hunters like Bryan Harlan. 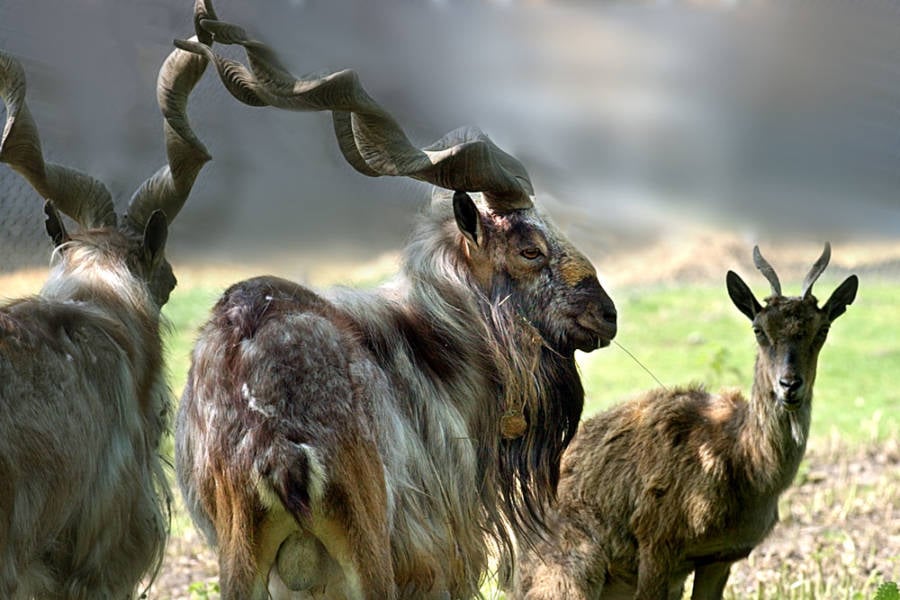 A longtime Texas trophy hunter traveled across the world to explore Pakistan’s northern Himalayas — and to trophy hunt a rare mountain goat for $110,000. His actions, unsurprisingly, resulted in massive outrage.

Bryan Kinsel Harlan posed for a triumphant photo with his kill on Tuesday. The Astore markhor goat is Pakistan’s official national animal.

“It was an easy and close shot,” Harlan told the regional press. “I am pleased to take this trophy.” The Texan trophy hunter is only the third American to visit Pakistan specifically to kill a markhor, The Independent reported.

US citizen #BryanHarlan who hunted an AstoreMarkhor few days ago at GB has said that Pakistan is more peaceful country than Mexico. if govt of Pak govt could put some investment in to tourism sector they could do great for this beautiful country.
Thank you #BryanKinselHarlan pic.twitter.com/91rd3rjghZ

Video footage shows the Texan shooting the male mountain goat who was seated beside his young offspring. Harlan is then recorded high-fiving the local guides assisting him.

Another video shows Bryan Harlan thanking everyone for being “welcomed with open arms” and recommending that any interested Americans visit Pakistan and follow his lead. Naturally, not everyone is pleased by the man’s disposition, and what he’s doing to the markhor goat population.

Meanwhile, the Texan himself — in addition to Pakistani authorities — claims that these killings are part of a healthy conservation effort and are required to maintain the ecosystem.

“This is a perfect example of hunters and villagers coming together for a common goal of game conservation,” said Harlan.

However, markhors reportedly have experienced a worrisome decrease in population in recent years, due to deforestation, military encroachment, poaching, and unregulated trophy hunting.

Pakistani authorities, however, assured The Washington Post that only paying customers like Harlan are allowed to hunt markhors.

Pakistan’s markhor population reached a troubling low of 2,500 in 2011. Regional authorities responded by establishing five sanctuaries in India for the animals to breed and live freely and banned local poachers from hunting them. Foreign hunters, however, are permitted — with some stipulations.

Americans like Bryan Harlan are allowed to visit the region and kill markhors, but the animal has to be male and must be hunted in a designated “community conservation area.” Additionally, kills are not to exceed 12 individual goats.

Around 80 percent of the resulting profits from trophy hunting is allegedly given to “isolated residents” who live in the animal’s habitat. The remaining money is relayed to the government’s various wildlife agencies.

Unfortunately, the efforts to prevent this animal from continuing its grave decline in population has not worked as intended. In 2015, the International Union for the Conservation of Nature changed its classification for the markhor from “endangered” to “near-threatened.”

Next, read about another trophy hunter who took some heat for his kill photos. Then, learn about the woman who sparked outrage after posing with a leopard she killed.