The Actual Buddha’s Remains May Have Just Been Found

The two monks named in the inscription, Yunjiang and Zhiming, are said to have spent 20 years collecting these relics of the Buddha. 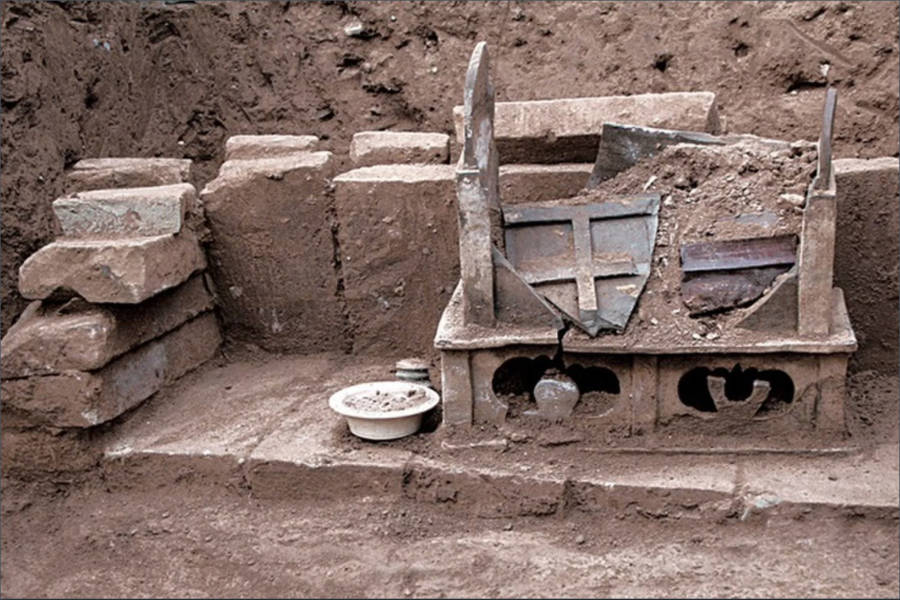 Archeologists have discovered a chest in central China which claims to contain the remains of the Buddha, who is said to have died 2,500 years ago.

Live Science reported that villagers from the Gongchi Village in Jingchuan County, China found a box with an inscription that claims that it contains the collected remains of Siddhārtha Gautama, the man known as the Buddha and the founder of Buddhism, while repairing roads in the area.

When translated, the inscription reads, “The monks Yunjiang and Zhiming of the Lotus School, who belonged to the Mañjuśrī Temple of the Longxing Monastery in Jingzhou Prefecture, gathered more than 2,000 pieces of śarīra, as well as the Buddha’s teeth and bones, and buried them in the Mañjuśrī Hall of this temple.”

Śarīra are Buddhist relics, pieces of cremated bones that are claimed to belong to the Buddha or other Buddhist spiritual masters.

They are similar to Christian relics like the bones of saints or pieces of the True Cross that are held in reliquaries across the Christian world.

In the Buddhist tradition, Siddhārtha Gautama was a Nepalese prince who lived in the 4th century BCE. His teachings on the nature of enlightenment and the “Middle Way” between asceticism and sensual indulgence are the foundations of Buddhism.

Siddhārtha Gautama, known as the Gautama Buddha, is the central figure of many Buddhist traditions, and an important figure in all of them. After his death, his remains were said to have been divided initially among eight royal families, but over time were spread across the world.

The two monks named in the inscription, Yunjiang and Zhiming, are said to have spent 20 years collecting these relics of the Buddha.

Like relics from many religions, the authenticity of these remains is unverified, and archeologists working on this discovery did not speculate on whether the remains truly belonged to the Buddha.

Next, learn about this ancient Chinese tomb that was discovered full of mysterious figurines. Then, read about how archeologists finally discovered how pyramids were built.