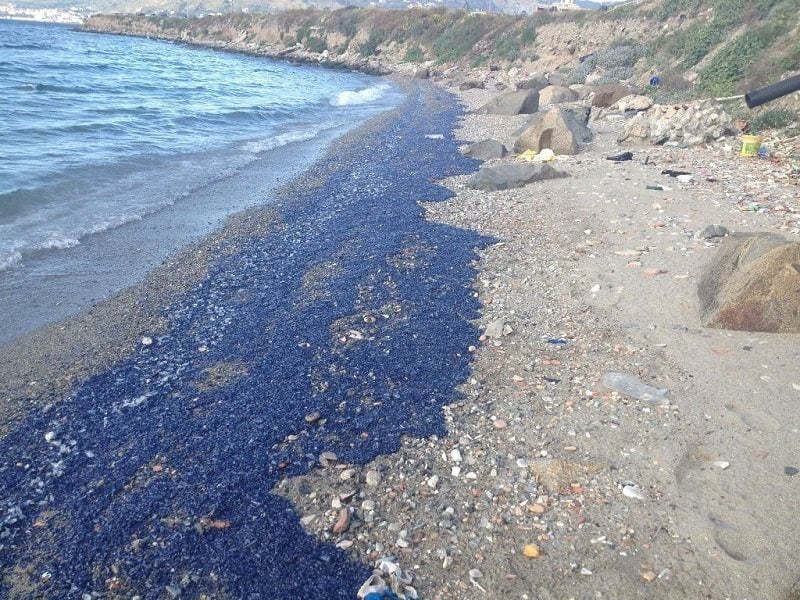 Beachgoers on the West Coast were treated to a bizarre sight this summer when thousands of peculiar sea creatures commonly called “by-the-wind sailors” washed ashore. These small, jellyfish-like marine life (scientific name Velella velella) are about 2.75 inches in length and have a bluish tint to their rather translucent form.

Due to their unique, sail-like shape, these aptly nicknamed creatures are at the mercy of the sea. When wind conditions change, so do their destinations, which is why so many of the Velella velella have made their way onto the beach this year. 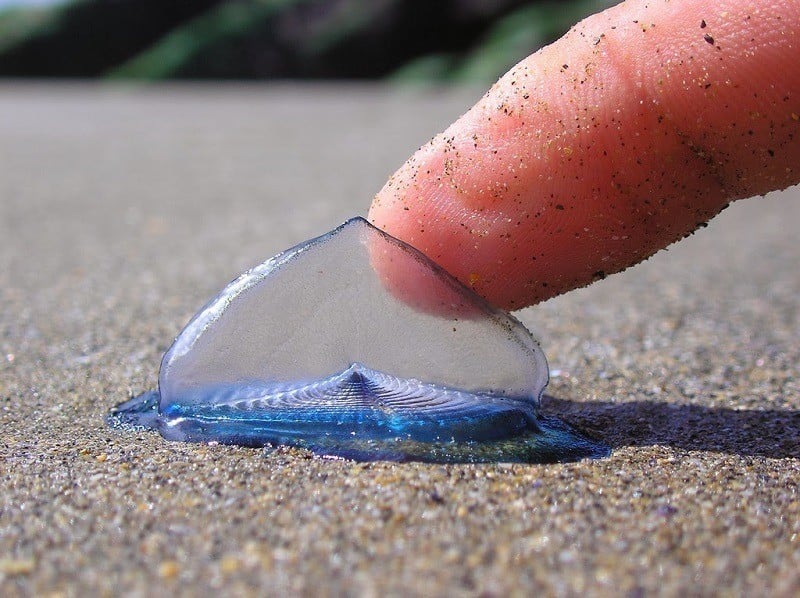 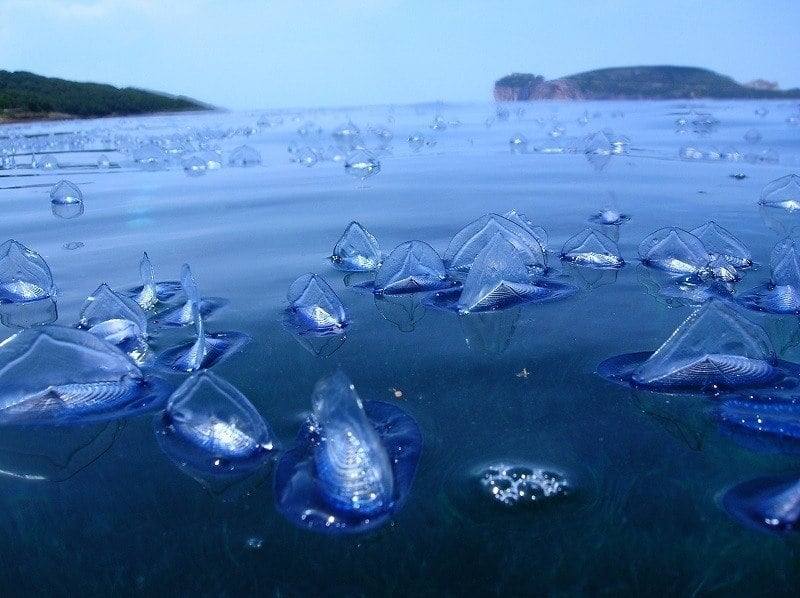 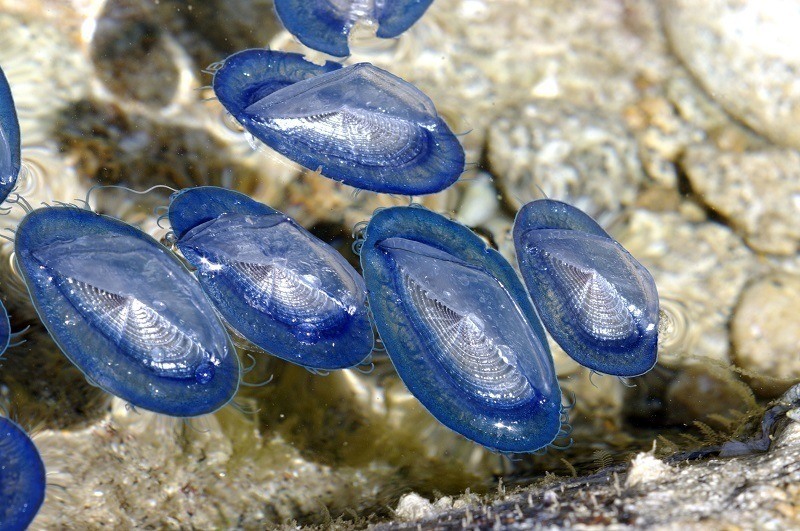 By-the-wind sailors are actually a relative of the Portuguese man-of-war, though unlike their zooid relation these little sail organisms won’t deliver a painful sting to humans (just to their prey).

On the other hand, like the man-of-war each “sailor” consists of multiple colonies of small organisms, with each colony performing a key life function such as feeding. Though by-the-wind sailors aren’t technically jellyfish, they do share many characteristics with the popular sea creature, particularly their transparent, gelatinous appearance. 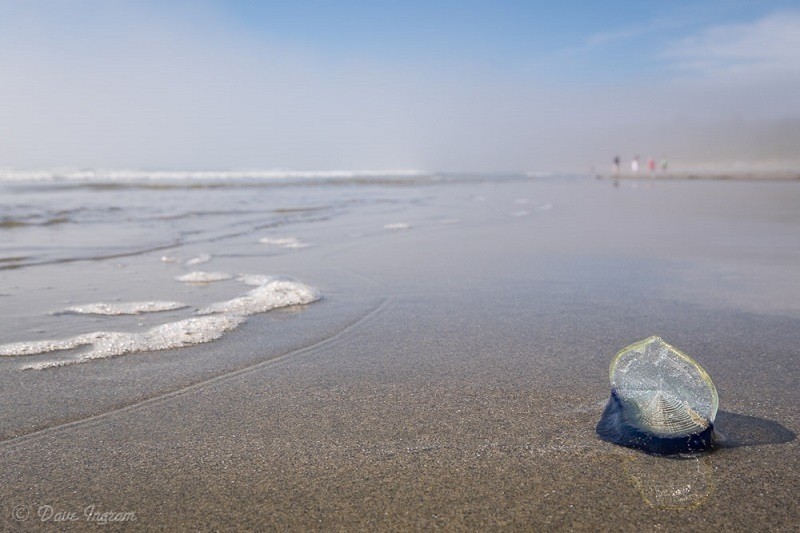 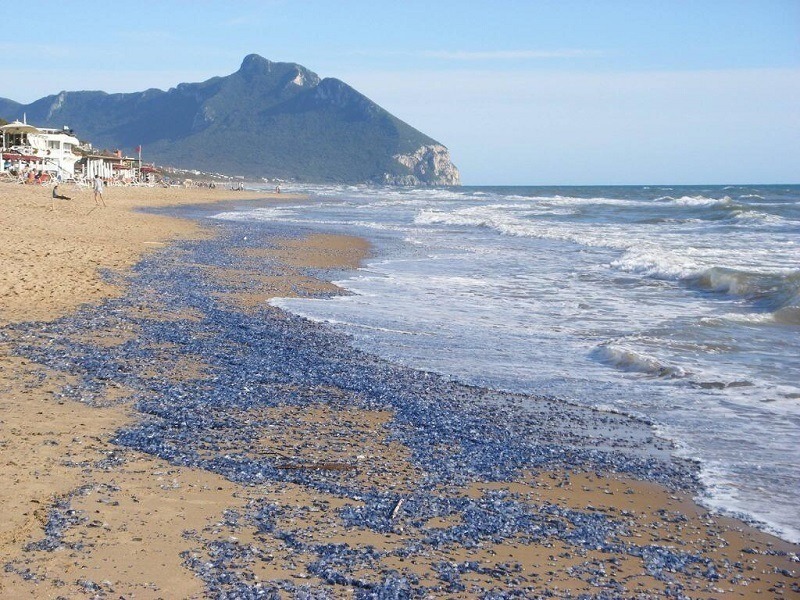 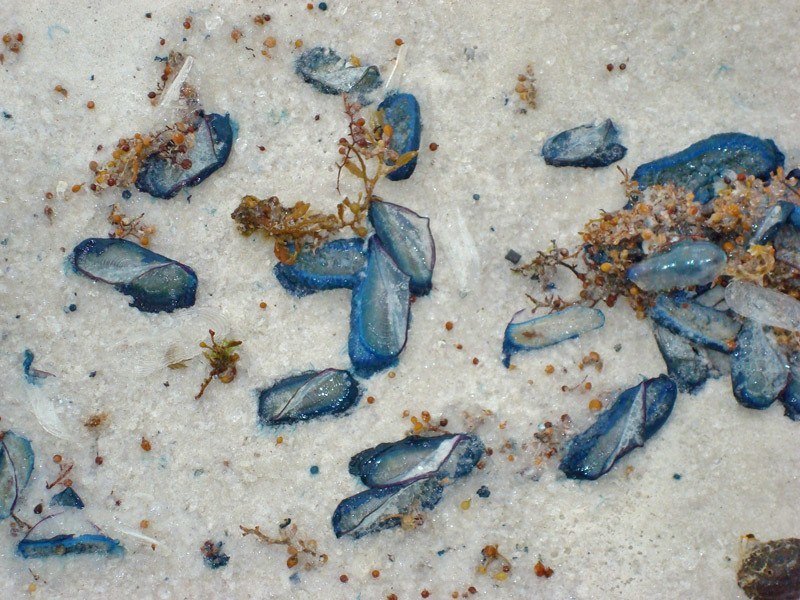 By-the-wind sailors can travel any way the weather takes them, but when storms direct them toward the coast, it is often a death sentence.

While photographers and beach visitors have enjoyed encountering the swarms of gelatinous looking creatures washing onto the beach, after a few days these infestations quickly turn into smelly, rotting by-the-wind sailor graves. If you’re looking for a large gathering of jellies that won’t smell, we recommend forgoing the West Cost in favor of Jellyfish Lake. 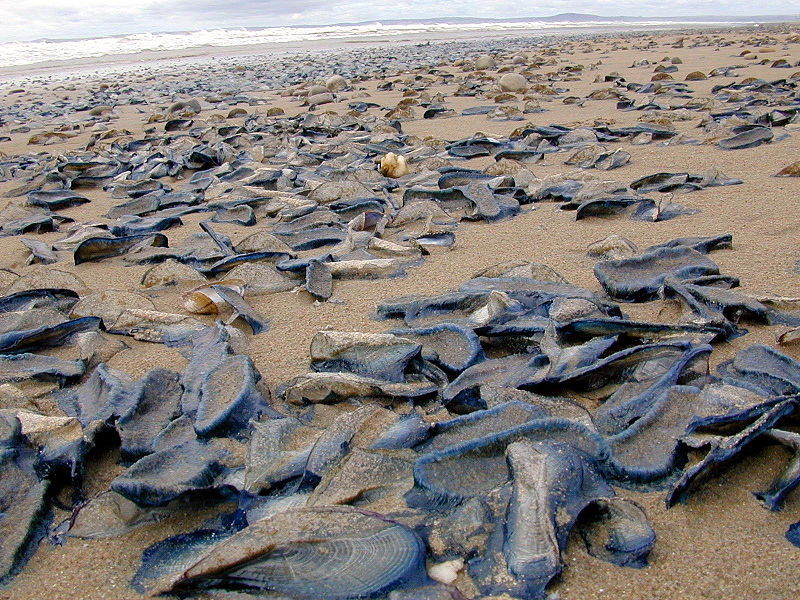 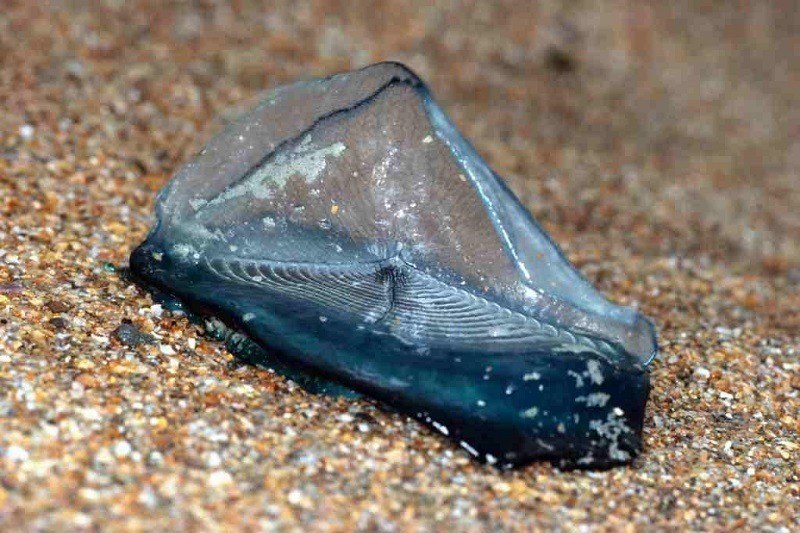 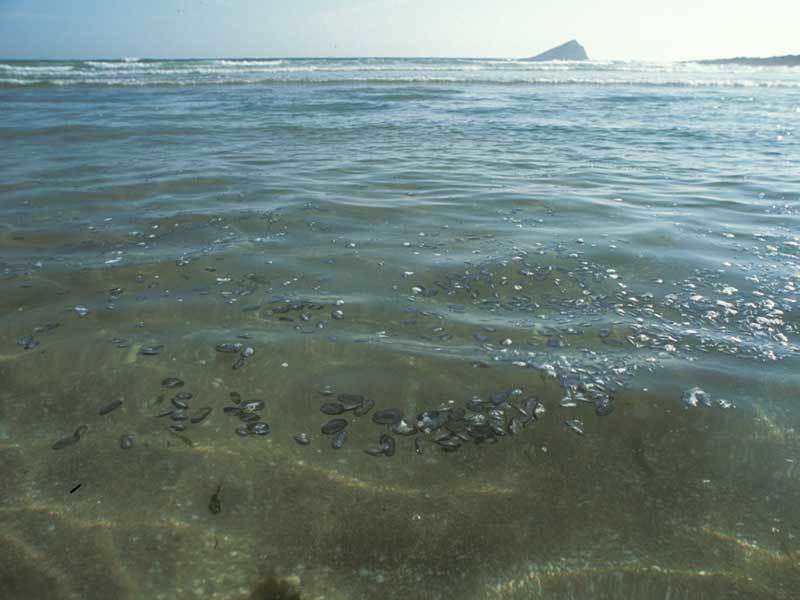 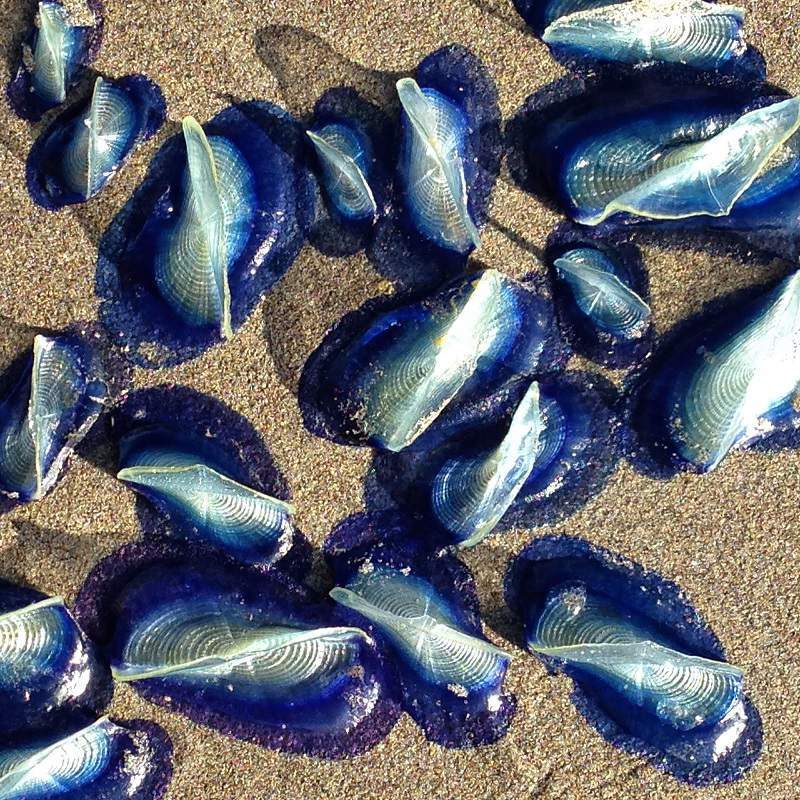