A lifelong member of the Church of Latter Day Saints lost her job for criticizing the Church's stance on homosexuality. 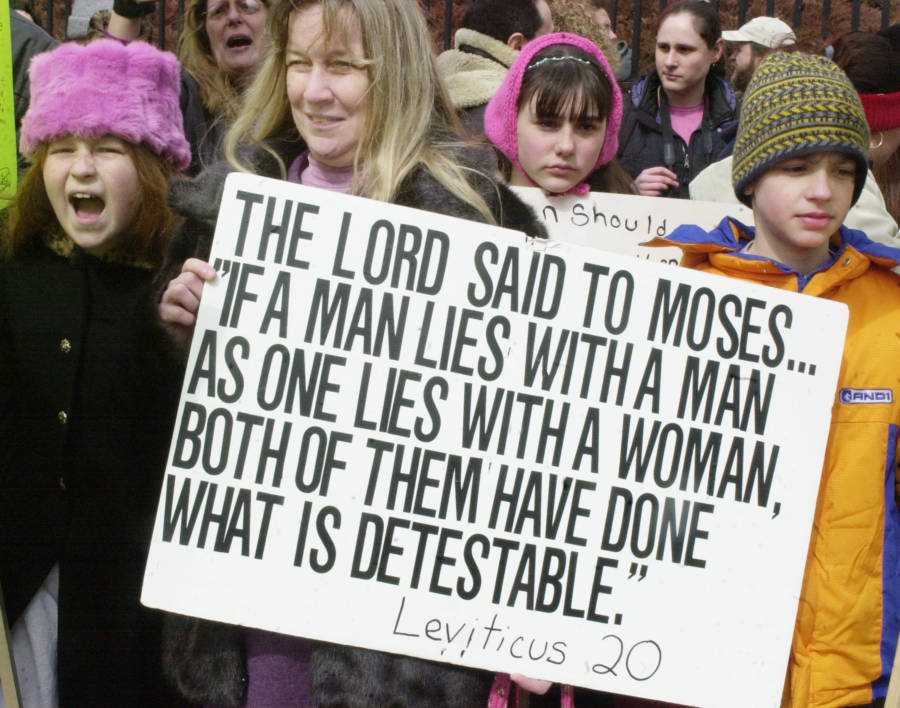 A Mormon-owned and operated university recently fired a professor for her Facebook post about LGBT Pride Month.

“One’s stated same-gender attraction is not an Honor Code issue,” the school’s official policy reads. “However, the Honor Code requires all members of the university community to manifest a strict commitment to the law of chastity. Homosexual behavior is inappropriate and violates the Honor Code. Homosexual behavior includes not only sexual relations between members of the same sex, but all forms of physical intimacy that give expression to homosexual feelings.”

On a larger scale, the Church has barred the children of gay couples from joining until they turn 18 and have fought marriage equality at the national level. It used to be a key go-between for families looking to adopt, but has stopped this practice to avoid working with same-sex couples.

This discrimination, Robertson pointed out in her post, is based on a few Old Testament verses. She argued that if the Church stands by a rule as outdated and hateful as this, it shouldn’t get to pick and choose which Biblical regulations it enforces. 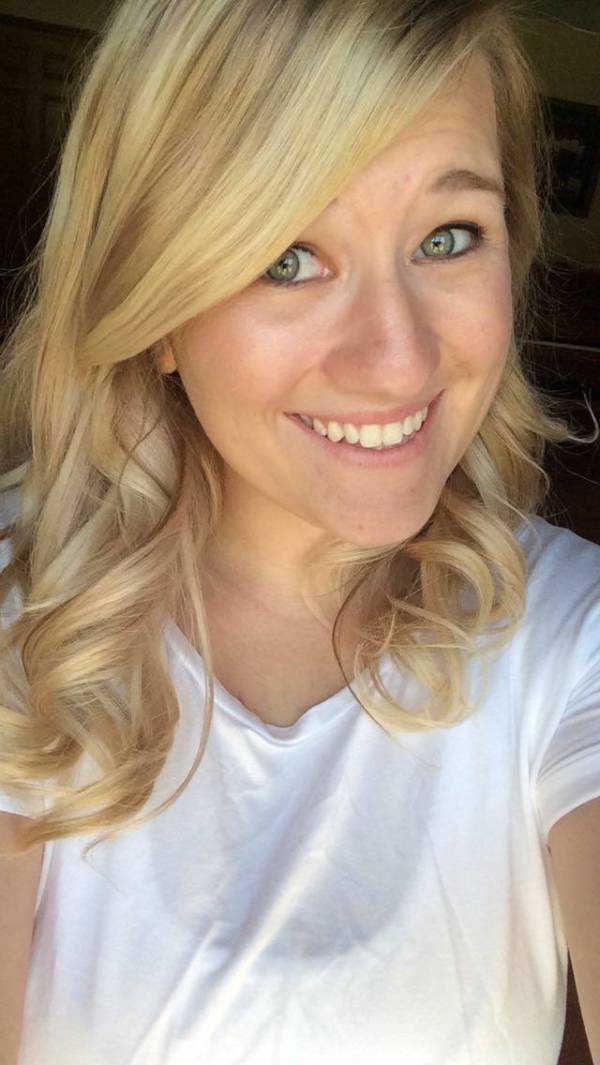 If gays aren’t OK, Robertson writes, then neither are almost all of the clothes we wear:

“Leviticus 19:19 tells us we can’t wear clothing of two kinds of material… so, basically every clothing item ever has to be burned,” she wrote. “The next time you see someone wearing clothes (which is always… so, you’re welcome for the opportunity to show your spiritual superiority), check the tag to see the materials it’s made from. If it’s more than one, tell them they should desire to walk around naked rather than wear clothing made of more than one material!”

“Women, in Leviticus 15, we learn that God purposely made us unclean. When we menstruate, we are unclean for those 7 days. Oh, and anyone or anything that touches us during that time is unclean as well. You aren’t allowed to go to church at that time because you’ll corrupt everything there with your blood flow.

As a female, you also are not allowed to read from the scriptures (wait… how am I supposed to know about my impurity rituals then?! I need to know how to make myself pure after my period!..too bad).

You also cannot preach in a church (can I use this excuse next time I’m asked to speak in church?)”

The Bible also says that slavery is OK, that you can’t plant more than one kind of seed in a field, that you shouldn’t eat lobsters and that you can’t do yard work on the sabbath, among other things. 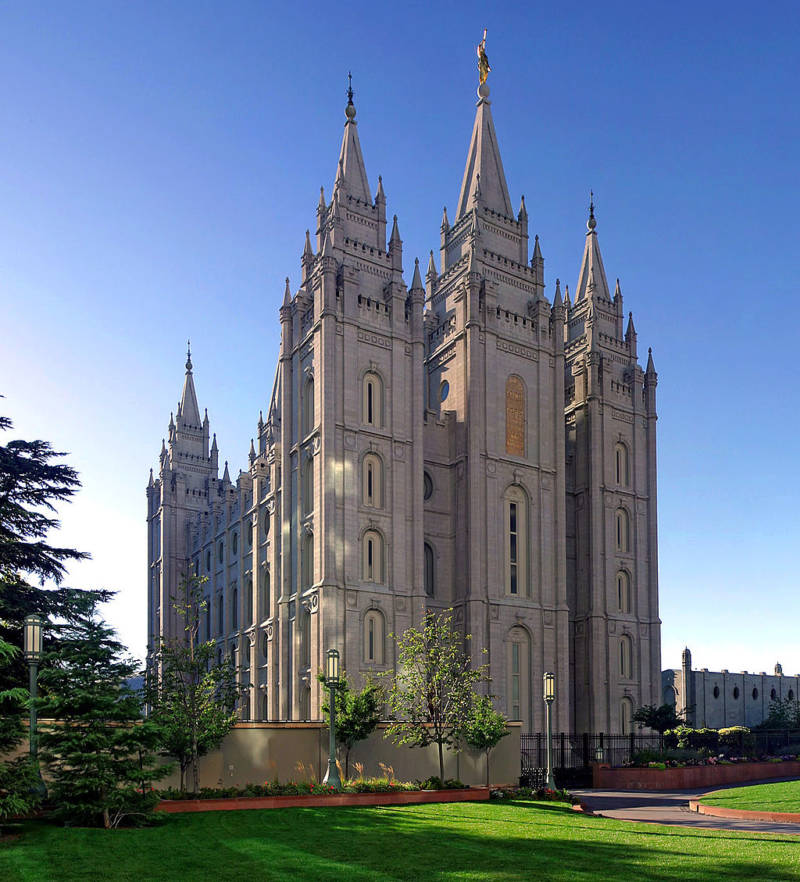 Wikimedia CommonsThe Salt Lake Temple is one of the most famous images of the LDS Church.

“What I’m trying convey is that we like to pick and choose from the scriptures, and if we choose to use the Old Testament as a defense for condemning homosexuality… there’s a whole lot more we need to be condemning as well,” Robertson wrote.

Which brings her to her main point:

“This is my official announcement and declaration that I believe heterosexuality and homosexuality are both natural and neither is sinful. I will never support the phrase ‘love the sinner, hate the sin’ because that “sin” is part of who that person is. Homosexuality and transgenderism are not sins; if God made us, and those are part of who we are then God created that as well.

Robertson knew that she could get in trouble for this, noting in her post that her beliefs don’t align with current Church policies.

Sure enough, within hours of putting the post online, the political science professor was called in to have a talk with BYU administrators. They implied that she would only be able to keep her job if she removed the status from her private page.

That, she told local news outlet KUTV, was something she couldn’t do. Now she’s on the job market and the LDS Church faces a society where anti-LGBT views are increasingly bad for business.

The Church has updated its website to acknowledge that same-sex attraction is not a sin, but there’s a catch: you have to be celibate for your entire life.

“We may not know precisely why some people feel attracted to others of the same sex, but for some it is a complex reality and part of the human experience,” their official website says. “The Savior Jesus Christ has a perfect understanding of every challenge we experience here on earth, and we can turn to Him for comfort, joy, hope, and direction.”

So they’ve still got a ways to go. Another example? Here’s a video of LDS leaders cutting the mic of a 12-year-old who tried to come out to her congregation in June:

Next, read about how hypnosis and holy water are still being used to “treat” gay people in Russia. Then, check out the story of a hate group leader who said God punishes gays with natural disasters, and then had his home destroyed by a flood.