"Even people in cars driving on the avenue there would stop and roll down their window and ask for cookies." 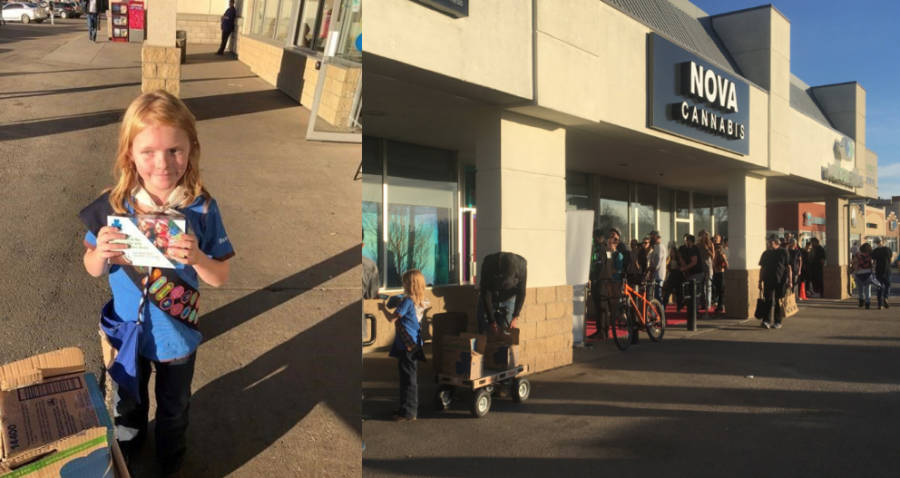 A Canadian girl scout in Edmonton, Canada decided to take her cookie-selling efforts to a prime spot right outside a cannabis dispensary on the first day that marijuana was legally for sale in the country. And her strategy proved phenomenally successful. She managed to sell out her entire supply in just one day.

Nine-year-old Girl Guide Elina Childs and her father arrived at Nova Cannabis with her allotted 30 boxes of cookies. Girl Guides are essentially Canada’s answer to America’s Girl Scouts and the cookies that they sell are similar to the ones that the Girl Scouts sell.

According to CBC News, Childs sold all 30 boxes of sandwich cookies and mint thins in less than 45 minutes, earning her a total of $120.

Her father, Seann Childs, said that he came up with the idea of taking their business to a cannabis dispensary after hearing that girl scouts in California had done the same thing when marijuana was legalized in the state on New Year’s Day in 2018.

“It amazed me how quickly they went,” said the father. “Even people in cars driving on the avenue there would stop and roll down their window and ask for cookies.”

The father and daughter walked up and down the massive line for Nova Cannabis, which reportedly stretched all the way down the block for the entire day.

“Everybody we met was incredibly friendly, it was a great atmosphere and there was not a single thing going on in that line that I saw that I would just say, ‘Oh, my god, I need to shield your [Elina’s] eyes from this,'” Childs said. He and his daughter certainly made the most of this great atmosphere and sold their entire cookie supply right then and there.

But Childs’ Girl Guide cookies aren’t the only product supply that’s run out as a result of cannabis legalization in Canada. It’s been reported that following just a few short days after the first day of legal weed sales, the supply of marijuana itself is running low.

Global News reports that cannabis dispensaries are being forced to turn away customers because of a lack of product. “It’s a supply and demand,” said Steven Stairs, a Winnipeg marijuana advocate. “They’re worried about even having enough stock in the stores in the next few weeks.”

Experts fear that these short-term supply challenges, as well as high taxes on marijuana, might re-ignite the black market — which is precisely what the Canadian government’s legalization of marijuana aims to combat. 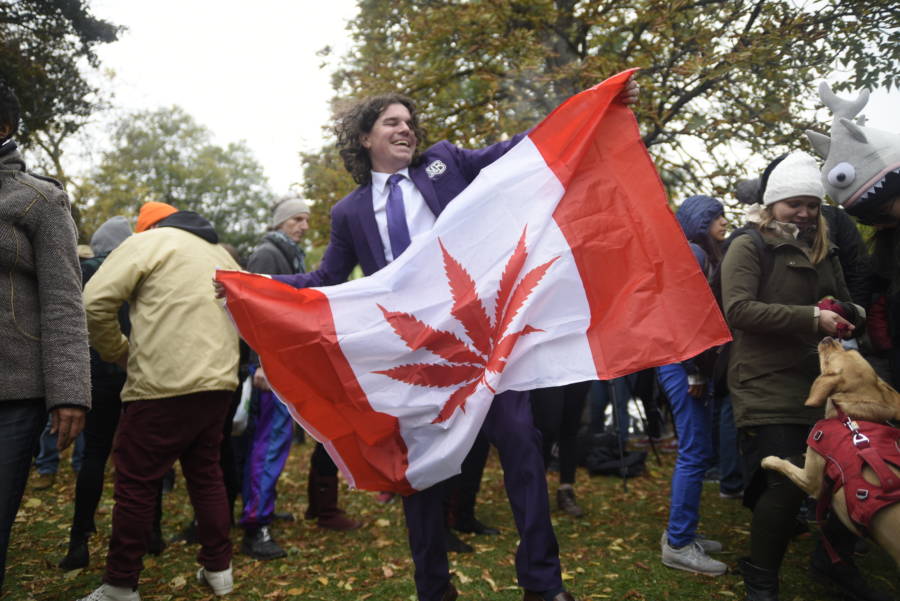 “When the government sees that their regulation and taxation system is burdening their ability to defeat the black market, they will take another look at how they do things,” said Stairs.

Currently, most of the Canadian-grown legal marijuana is being harvested by medically licensed growers — or what Cannabis Commerce Association of Canada director Jaclynn Pehota calls “the grey market.”

“The project of legalization, in my opinion, was to capture those cultivators and bring them into a regulated recreational market,” she said. “Failing to do that has resulted in what we see right now.”

With such a dramatic policy change, issues are almost guaranteed to arise. So the fact that Canada is running into problems in their first few days of legalization isn’t the least bit surprising.

But advocates are confident that the government will be able to work these kinks out and ultimately be successful. “Once the government fixes their regulatory and taxation system supply will soar,” said Stairs.

And although marijuana legalization might not be as successful as dispensaries and recreational users might have hoped just yet, the policy change has definitely benefitted Elina Childs and her cooking-selling efforts.

Next, read up on Lisette Lee, the marijuana kingpin known as the “Korean Paris Hilton.” Then, check out a map that reveals which countries smoke the most marijuana worldwide.