A new study found that, when used after chemotherapy, cannabinoids can effectively help kill leukemia cells. 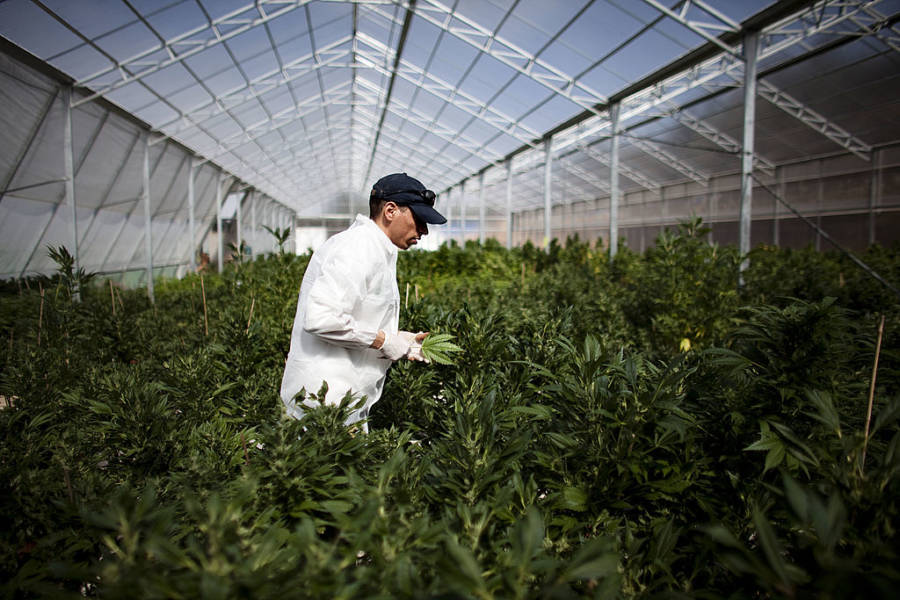 Many studies have found that cannabis treatment can be helpful in alleviating pain, treating nausea and increasing food intake in cancer patients.

Researchers are now suggesting that cannabinoids — the active chemicals in the drug — actually help kill leukemia cells as well.

In a new study published last week, a team from the University of London found that leukemia cells were killed more effectively when exposed to a chemotherapy treatment first, and then cannabinoids.

This treatment method worked better than when chemotherapy was used to attack the cancer alone as well as when cannabinoids were used before chemo.

“We have shown for the first time that the order in which cannabinoids and chemotherapy are used is crucial in determining the overall effectiveness of this treatment,” Dr. Wai Liu, who led the study, said.

The study was conducted using leukemia cells in a laboratory. The next step will be to test the team’s treatment theory on animal test subjects and, even later, human patients.

One Oregon mom, Erin Purchase, gained widespread attention in 2012 after claiming her daughter went into remission at least partially thanks to medical marijuana pills. When Mykayla started treatment for leukemia at age seven, doctors thought she might need a bone marrow transplant.

“I don’t think it’s just a coincidence,” Purchase told ABC. “I credit it with helping — at least helping — her ridding the cancer from her body.”

Though many doctors did not approve of this parenting decision — worrying about the unstudied long-term effects of marijuana use — this new research suggests there may have been something to Purchase’s theory.

The treatment they used was much stronger than your average joint or dispensary pill, though.

“These extracts are highly concentrated and purified, so smoking marijuana will not have a similar effect,” Liu said. “But cannabinoids are a very exciting prospect in oncology, and studies such as ours serve to establish the best ways that they should be used to maximize a therapeutic effect.”

While practical use of this new knowledge is still a ways off, there’s hope in the medical community that it will eventually allow doctors to prescribe lower doses of chemotherapy — sparing cancer patients severe side effects.

Next, read about a new study showing that magic mushrooms are the safest recreational drug. Then, check out which countries smoke the most marijuana worldwide.