Florida Car Thief Gets Arrested While Stopping To Admire Eclipse

Deputies arrested him as he was standing right next to the stolen car while wearing a welder's mask and looking up at the sky. 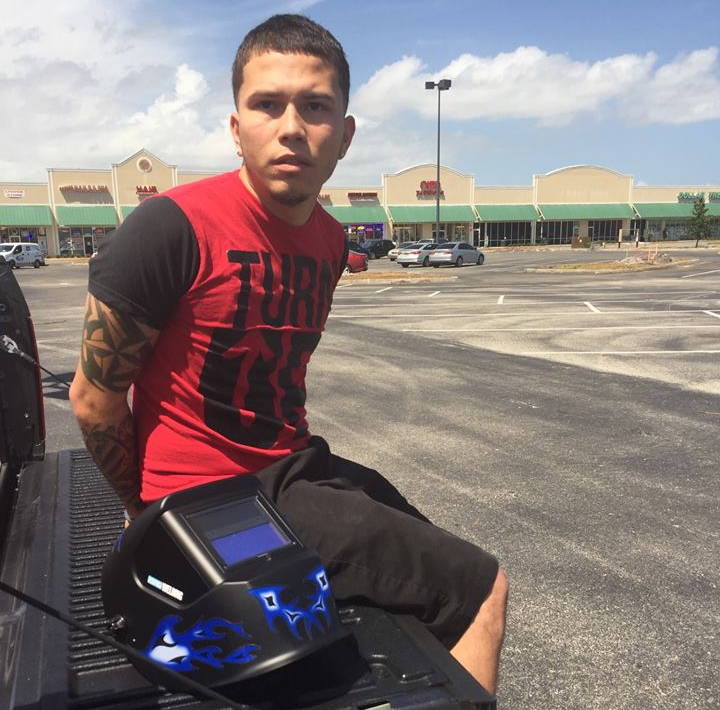 Orange County Sheriff’s Office/FacebookJust after his arrest, Jocsan Feliciano Rosado sits on the vehicle alongside the welder’s mask that he used to view the solar eclipse.

Like the millions of Americans who made yesterday’s solar eclipse the most-watched in history, Jocsan Feliciano Rosado stopped what he was doing in order to gaze skyward. But unlike everyone else, Rosado was, at the time, in the middle of committing a crime.

Orange County Sheriff’s Office deputies in Kissimmee, Florida arrested the 22-year-old man in a parking lot as he was standing right next to the car that he had just stolen and viewing the solar eclipse, reports the Miami Herald.

According to the Orange County Sheriff’s Office Facebook page, deputies began tailing Rosado after he stole a vehicle and then followed him to a hardware store, where he bought a welder’s mask so that he could view the eclipse. Then, according to the deputies:

“As Rosado was standing in the parking lot next to the stolen car, with the welding helmet on and looking up at the eclipse, deputies swooped in and made an arrest. He never saw it coming. That only happens every 99 years.”

To add insult to injury, the Orlando Sentinel notes that “welder’s masks are not approved eclipse-viewing devices.”

And Rosado wasn’t the only criminal brought down with an assist from the eclipse.

Local KCRG news in Cedar Rapids, Iowa reports that police there were able to locate and arrest a wanted sex offender after he stepped outside of a residence in an apparent attempt to view the eclipse.

Elsewhere, police in Casper, New Jersey arrested a couple who had sent themselves marijuana and cocaine — along with solar eclipse viewing glasses — through the mail.

Next, read up on the burglar who was recently arrested after he used the victim’s toilet during the break-in and didn’t flush, leaving behind DNA evidence for the cops.