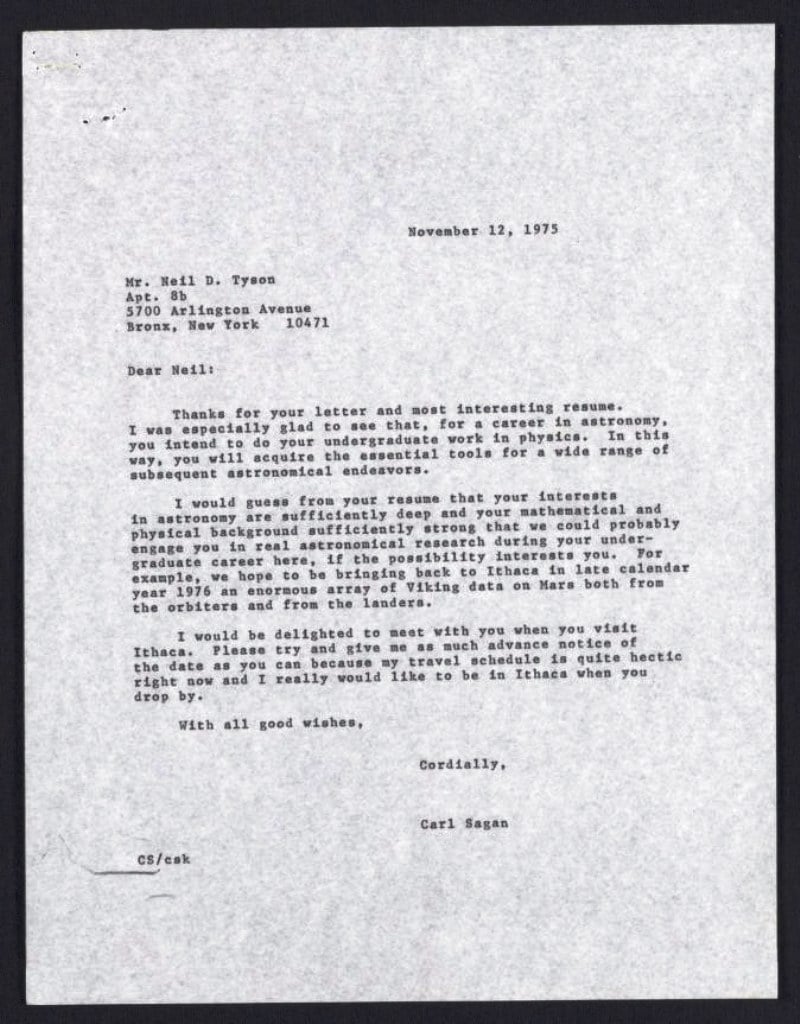 This exchange is the stuff of scientific and cultural legend. When Neil DeGrasse Tyson accepted Sagan’s invitation and spent a Saturday touring Cornell University labs with the famed astrophysicist, his life was irrevocably changed.

A 17 year old when he met Sagan for the first time at Cornell University, Tyson later described the encounter in this way:

“At the end of the day, he drove me back to the bus station. The snow was falling harder. He wrote his phone number, his home phone number, on a scrap of paper. And he said, “If the bus can’t get through, call me. Spend the night at my home, with my family.”

I already knew I wanted to become a scientist, but that afternoon I learned from Carl the kind of person I wanted to become. He reached out to me and to countless others. Inspiring so many of us to study, teach, and do science. Science is a cooperative enterprise, spanning the generations…to this day I have this duty to respond to students who are inquiring about the universe as a career path to respond to them in the way that Carl Sagan had responded to me.”

Watch the video below: