Authorities suspect criminal activity but the specific source of this cash horde remains a mystery for now. 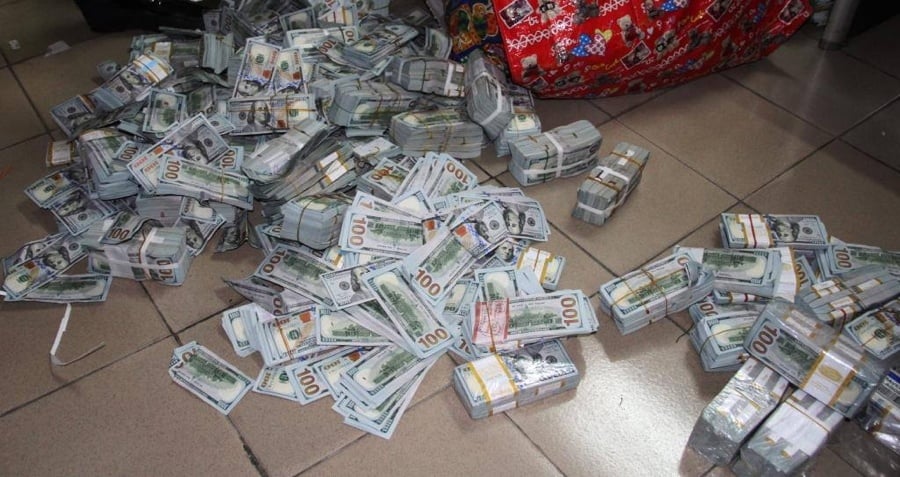 The EFCC raid on the apartment followed a confidential tip from a local who’d noticed people bringing many bags into and out of the apartment, according to an EFCC statement.

The informant, as well as at least one other unnamed source, also revealed that one woman in particular frequently visited the unoccupied apartment while carrying bags. “She comes looking haggard,” the source said, “with dirty clothes but her skin didn’t quite match her outward appearance, perhaps a disguise.”

Following up on these leads, EFCC agents found the cash in two of the apartment’s four bedrooms as well as some in three fireproof cabinets hidden behind wooden panels in a wardrobe.

However, while all the cash seems to have been found, authorities don’t yet appear to have an explanation for its presence. The EFCC wrote that “Preliminary findings indicate that the funds are suspected to be proceeds of unlawful activity,” but has not elaborated since other than to note that “Investigations are ongoing.”

This suspicion of criminal activity comes as no surprise from the current Nigerian administration, which has made a point of combatting political and military corruption and theft that they claim has left approximately $10 billion worth of illicit cash and assets to be accounted for nationwide.

And as for the horde of cash recovered in Iyoki last Wednesday, a federal judge ruled the following day that the money would be forfeited to the government and could only be recovered if someone could make a legitimate claim on it at the next scheduled court date on May 5.

For more mysteries, take a look at the strange, unidentified sea creature that washed up in Mexico, then read the recent report that could finally help solve the Amelia Earhart disappearance.