Tiny Caterpillars May Be The Solution To Our Big Plastic Bag Problem, New Research Says

The tiny waxworm may hold the key to contending with one of our biggest environmental problems. 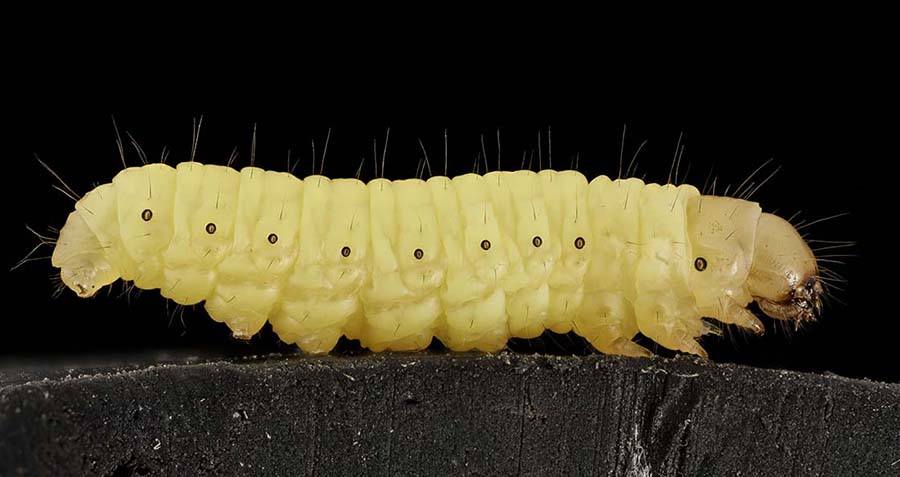 Plastic bags have made a mess of our waterways and have helped create veritable high-rises out of landfills. In front of such a large, expensive problem — the Natural Resources Defense Council estimates that California coastal communities spend $428 million a year cleaning up plastic trash from waterways — many advocates are looking for similarly robust solutions.

The thing is, though, that solution may be very small — like, the size of a caterpillar small.

Indeed, in a new study published in Current Biology, researchers from the Institute of Biomedicine and Biotechnology of Cantabria and Cambridge University show that a creature called a waxworm could very well take on our plastic trash problem.

This matters as the most common kind of plastic is polyethylene, which is known for being difficult to break down. According to the authors of the study, they hoped to see if waxworms — the larva of a wax moth — possess enzymes that “attack” the chemical bonds that compose the plastic, which thus help erode the plastic at a very high rate.

Their interest came at least in part due to the fact that waxworms can do the same thing to beeswax, which researchers say is not dissimilar to plastic in terms of chemical structure.

“It’s extremely, extremely exciting because breaking down plastic has proved so challenging,” Paolo Bombelli, a study author from Cambridge University, told the Telegraph.

Researchers see big potential for the tiny creatures and say they are eager to put the worms to work in the world’s waterways.

“We are planning to implement this finding into a viable way to get rid of plastic waste, working towards a solution to save our oceans, rivers, and all the environment from the unavoidable consequences of plastic accumulation,” study leader Federica Bertocchini said.