The Search for Cervantes’ Bones 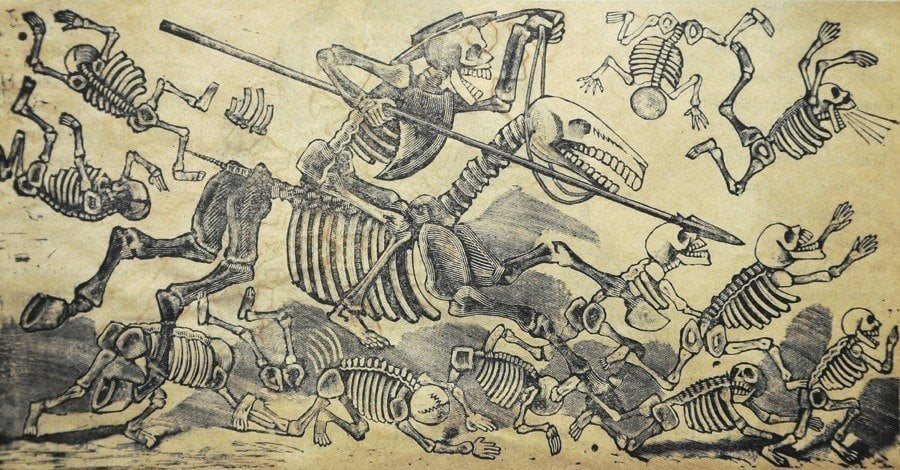 The skeleton of Don Quixote as depicted by José Guadalupe Posada. Source: Library of Congress

It was supposed to be the end of a quest. 399 years after Miguel de Cervantes died, researchers in Madrid announced this March that they had found the author’s remains in an unmarked crypt. But perhaps fittingly for the creator of The Ingenious Don Quixote de la Mancha, this final chapter of Cervantes’ odyssey has spun out a dozen new side-stories to explore.

Here’s the simple version: the author’s bones were where everyone always thought they had been – in the Convent of the Barefoot Trinitarian Nuns in Madrid. The father of the modern novel had requested to be buried here, and old records said the nuns had granted his request. But his bones were moved during a 17th century building project, and no one knew exactly where they ended up until now.

But that’s the SparkNotes version. The full tale is that the researchers found eleven adult skeletons in the crypt. Four were men. Five were women. And the other two were likely men, but the bones had decayed too much to say for sure. One of the four men (or five or six men) was almost certainly Miguel de Cervantes, renowned author of the book that the novelist Carlos Fuentes has called, “the first modern novel, perhaps the most eternal novel ever written and certainly the fountainhead of European and American fiction.”

How Do They Know Cervantes Is There?

Unfortunately, Cervantes does not have any known descendants, so DNA comparisons with living relatives are impossible. The leader of the research team explained that its conclusions are based on “information generated in the historical, archaeological and anthropological sense,” not on DNA.

This information includes the fact that Cervantes had wanted to be buried in Madrid’s Convento de las Monjas Trinitarias Descalzas, the Convent of the Barefoot Trinitarian Nuns. The historical record suggests he was buried there in 1616, but that his body was moved during a construction project 50 years later. The nuns, unfortunately, forgot to note where they put it. 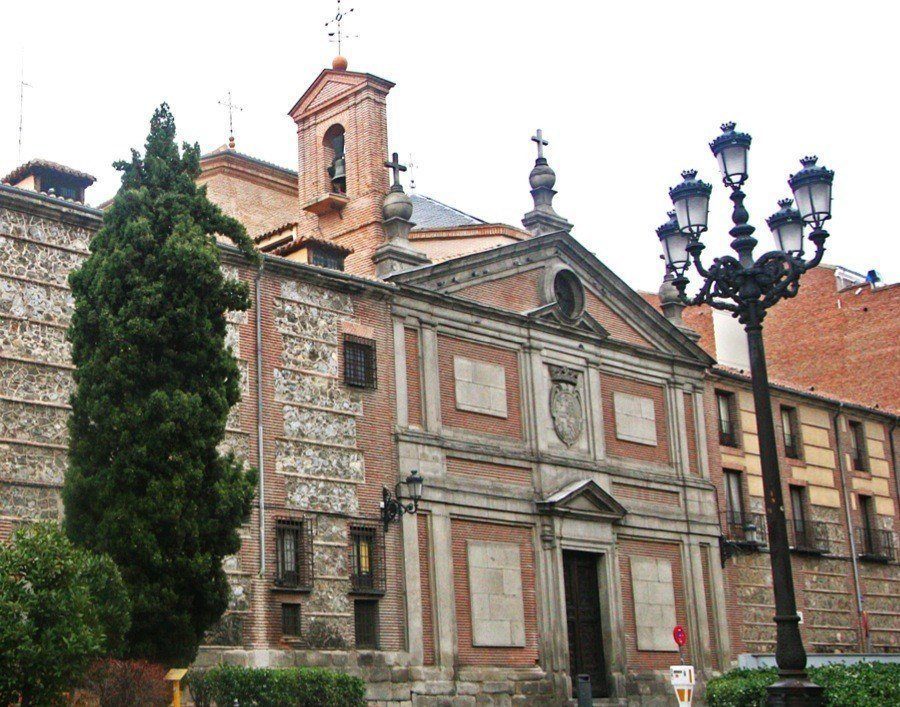 Cervantes bones were kept here, in the Convent of the Barefoot Nuns in Madrid, Spain. Source: Flickr

An investigation in 1869 and 1870 concluded that the bones were almost certainly still on the premises. And then finally, 140 years after that investigation, a scientific team came to the question with updated technology. They made 3D scans of the entire convent and used radar to search beneath the earth. They identified an unmarked, closed-off crypt full of bones.

One of the creepiest details of the modern investigation is that to find the adult bodies described above the research team had to dig through the skeletons of 300 infants and small children. Who were they? That would perhaps be a more fascinating story than ID’ing of Cervantes’ skull. But so far no one is telling it.

Near the children, the researchers found a niche containing the adult skeletons. They are the only unidentified adult remains at the convent, and they match Cervantes’ time period. The logical conclusion is that the famed author’s remains are among these decaying bones.

Why Did Cervantes Want to Be Buried in a Convent?

The true adventures of Miguel de Cervantes nearly rivaled those of a fictional character. He was born in 1547 near Madrid in central Spain, and at the age of twenty-three he joined the Spanish Navy and went abroad to fight the Ottomans.

A year later, in the Battle of Lepanto in Greece, he was shot twice in the chest and once in the left arm. Four years afterwards he was captured by pirates and imprisoned for five years in Algiers. That’s when Cervantes became indebted to the nuns in Madrid. They paid his ransom and set him free. 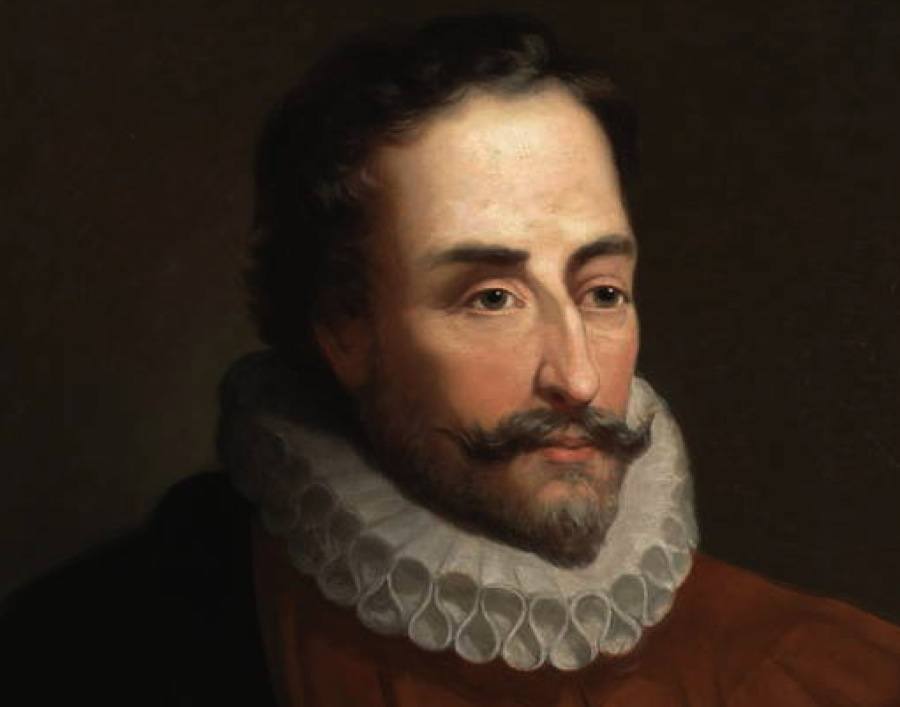 But this was not the only connection Cervantes had with the convent. According to El Pais, he and one of the barefoot nuns had a fling. Their illegitimate daughter became a nun there as well. One hope would be that Cervantes’ DNA could be matched to this daughter, but no one knows where she was buried.

Researchers are now working through the DNA evidence of all the adult skeletons from the crypt. They hope that the process of elimination will pinpoint which bones actually belong to Cervantes. This may not be possible. Still, Madrid’s politicians and tourism industry are planning to make the most of the recent discovery in 2016.

It will be the 400th anniversary of the author’s death, and his crypt is set become the newest minor attraction in Madrid.