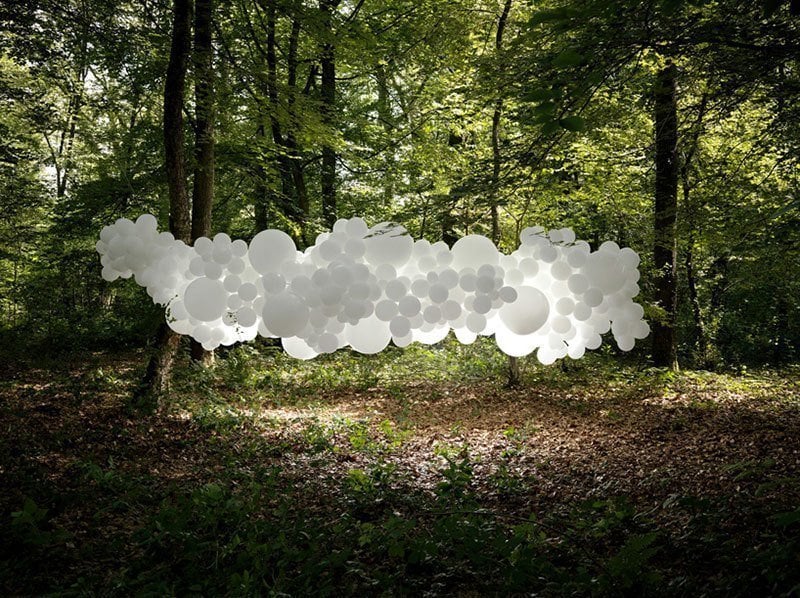 In Charles Pétillon’s world, white balloons bloom in unsuspecting places, be it abandoned homes or a child’s play structure. Whether they pour from a basketball hoop or blossom within a scenic forest, the white balloons–which were chosen for their stark contrast against the landscape–create an aura of whimsical intrigue and absurdity. 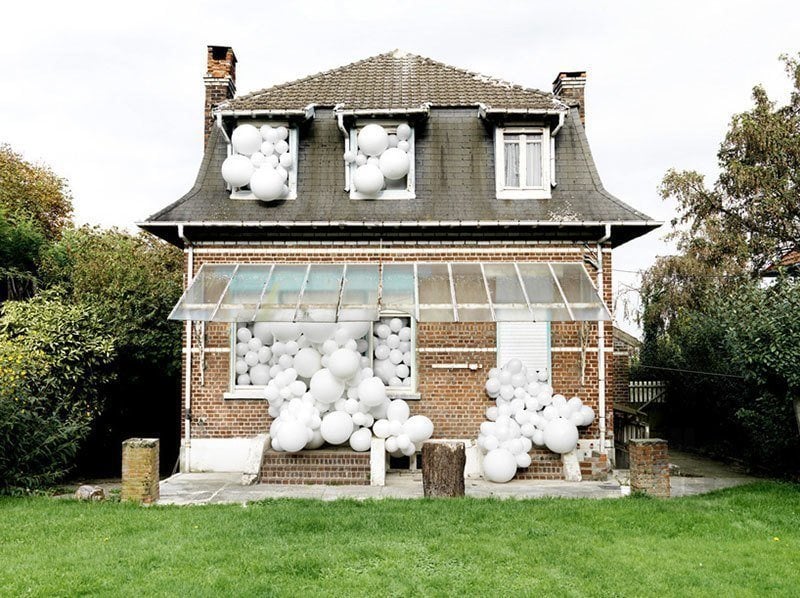 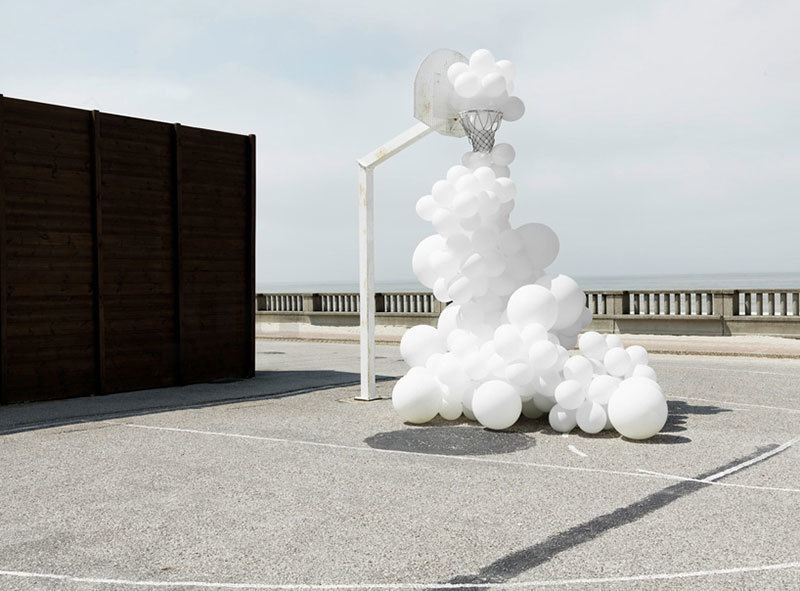 To create the balloon explosions, Pétillon and his team first inflate white balloons and tie them together in a warehouse. The bunches are then transported to the installation site, where Pétillon must then meticulously arrange them, often hanging the balloons from aluminum frames. 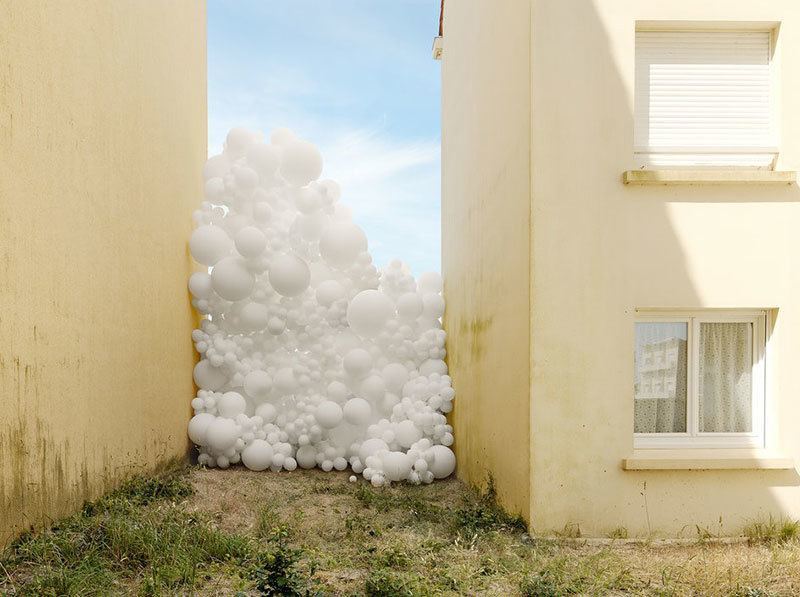 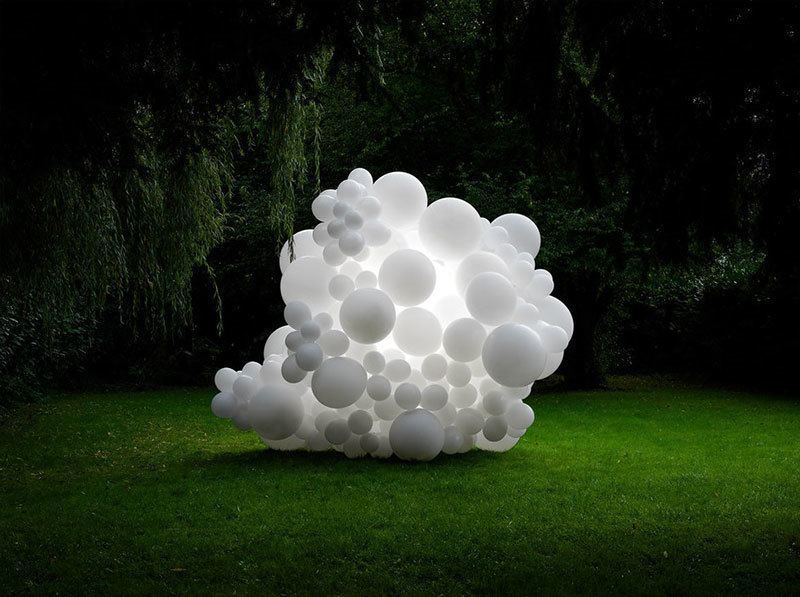 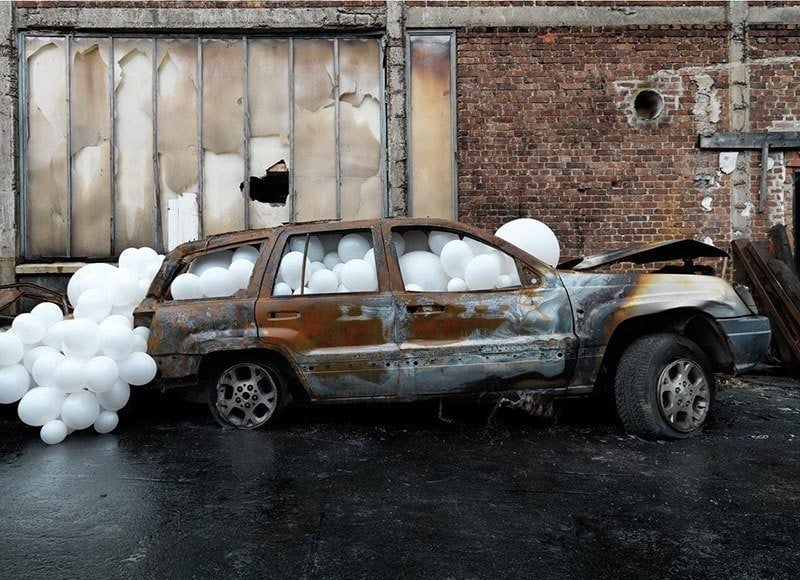 Pétillon creates these balloon landscapes to toy with the viewer’s perception of space and time, ultimately challenging people to examine the way they perceive familiar things and places. See “Invasions” in Lille, France, where the images are on display at La Maison de la photographie until March 22. 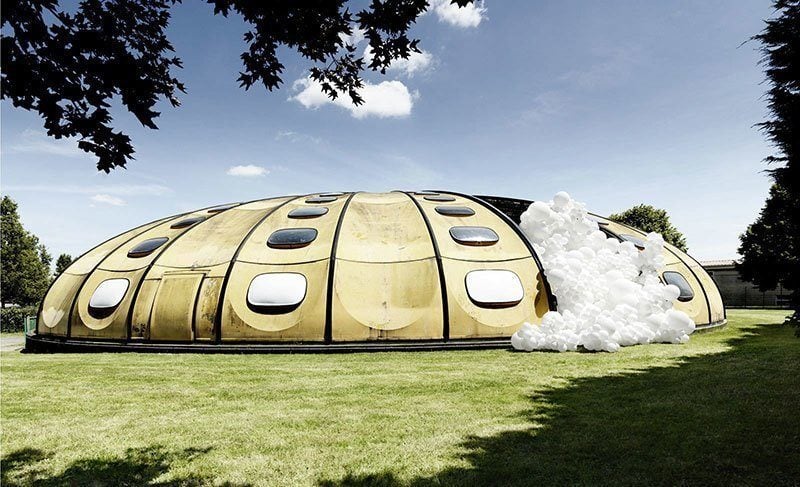 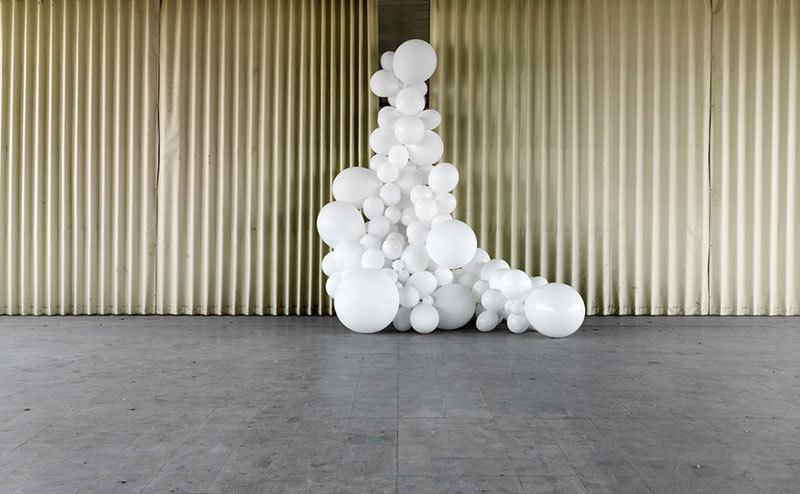