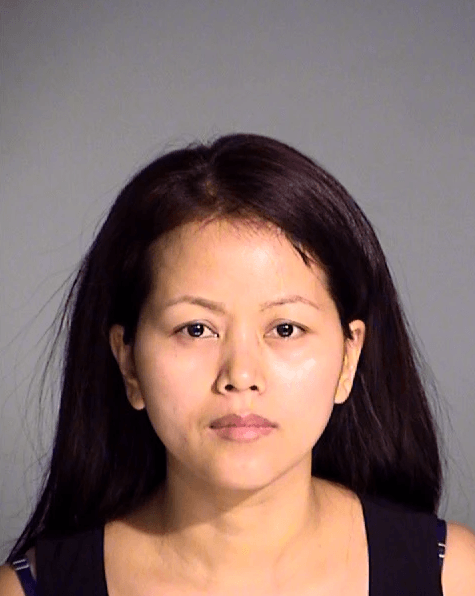 An Indiana mother who has admitted to viciously beating her son now claims that she cannot be punished, as she says she was simply exercising her religious freedom to discipline her child in accordance with her Christian beliefs.

According to The Indianapolis Star, Kin Park Thaing of Indianapolis recently invoked the state’s Religious Freedom Restoration Act (RFRA) — which indeed prevents government entities from burdening a person or corporation’s religious freedom — in her legal defense for the abuse of her son.

The abuse in question occurred back in February after Thaing stopped her seven-year-old son from “dangerous behavior that would have seriously harmed his three-year-old sister,” according to the Star. She then beat her son with a coat hanger — so much so that she gave him 36 bruises across his back, thigh, and left arm.

When a teacher noticed those bruises two days later, she informed the police, who soon charged Thaing with felony, abuse and neglect.

Now, as Thaing prepares to face those charges in court this October, her lawyer and county prosecutors have been battling over Thaing’s assertion that her evangelical Christian beliefs give her the right to discipline her children as she sees fit, even if that means committing child abuse.

In court documents filed by Thaing’s lawyers, she expanded upon her beliefs and even quoted Scripture in her defense:

Prosecutors claim that Thaing’s actions exceeded the “reasonable corporal punishment” allowed by law and, moreover, that the state’s duty to prevent child abuse outweighs the protections provided by the RFRA.

While the law’s promises of religious freedom without government intrusion have garnered the support of everyone from a wide swath of Republican politicians (including most of the party’s candidates for president earlier this year) to the founder of the First Church of Cannabis (who claims the law gives him the right to legally smoke marijuana for religious freedoms), detractors allege that the law in fact has a more sinister purpose.

RFRA opponents claim that Republican policymakers wrote the law specifically to deny rights to the LGBT community. Indeed, within days of the law’s enactment, several religious ministers made headlines claiming that the law allowed them to refuse to perform gay marriages while several businesses likewise made headlines by refusing service to gay customers.

These outcomes of the RFRA are hardly a surprise to Pence, who is on record claiming that homosexuals should not be be protected by anti-discrimination laws nor should they benefit from federal healthcare dollars. This is because, Pence says, they spread HIV. Pence has likewise advocated for keeping homosexuals out of the military, treating them with conversion therapy, and stripping away the protections afforded to them by hate crime laws.

Now, the RFRA will elicit controversy yet again — this time for an entirely new set of reasons.

Next, read up on the Ohio mother who recently admitted to repeatedly prostituting her 11-year-old daughter for heroin.