A new report has some alarming statistics on guns and children. 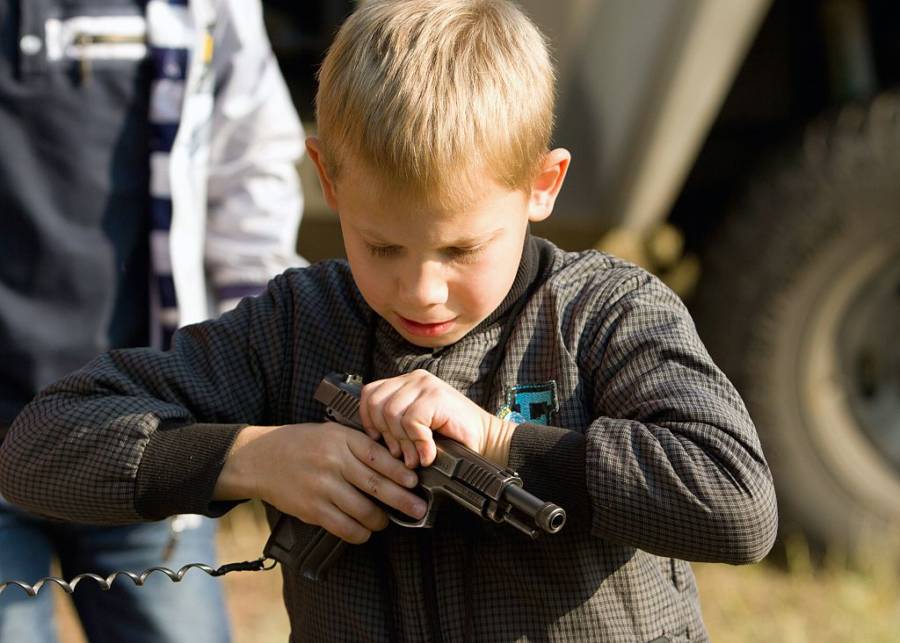 44 percent of United States households have a gun.

Millions of those same households also have children. One in three of the guns in families with children are kept unlocked and unloaded, according to the Law Center to Prevent Gun Violence.

This, along with other factors, has led a new report from the Children’s National Hospital to classify pediatric firearm-related deaths and injuries as a national public health crisis in the United States.

Most parents assume their children don’t know where these deadly weapons are kept. But this new research shows that kids are often more aware than we give them credit for — and 44 percent of them know where the guns are hidden, despite their parents’ assumptions of secrecy.

Another 22 percent of gun owners falsely believe that their children have never handled the firearms.

73 percent of children under the age of 10 who live in houses with guns know where the guns are. 36 percent of these children have held them. These numbers contradict what parents have said in the same studies.

It’s this sort of misunderstanding, experts warn, that leads to 20,000 children being taken to the emergency room with gunshot wounds each year. Half of them are discharged with a lasting disability.

“You know the saying curiosity killed the cat?” gun shop Brian Shain told Channel 13. “Well, if you hide your guns from your kids they’re more curious about it. We don’t hide kitchen knives and stuff like that.”

Twenty-seven states and Washington, D.C. have child access prevention laws, meant to impose penalties on adults who make guns accessible to children either by keeping them loaded or outside of a safe.

The doctors who conducted the study emphasized that — regardless of the legislation in their state — all parents should take these measures and educate their children about gun safety.

They also encouraged fellow doctors to ask patients about gun access in the home — though several states, including Montana, Missouri, and Minnesota, have laws limiting when doctors can and cannot talk to patients about or make medical record notes on gun ownership.

One such law — which banned doctors in Florida from ever discussing firearms with their patients — was struck down by the 11th Circuit Court of Appeals earlier this year.

The Court did not agree with the legislators’ assertion that a medical professional educating people about potentially lethal weapons was a violation of the right to bear arms.

“We just want to fundamentally make sure that children can live in safe environments,” Dr. Kavita Parikh, the author of the review, told Newsweek. “Seeing these numbers made us want to spotlight this worrisome issue.”