A Chinese Province Of 5.8 Million People Just Ran On Renewable Energy For A Whole Week

China's Qinghai province, which is about the size of Texas, ran on wind, solar, and hydroelectric power for an entire week. 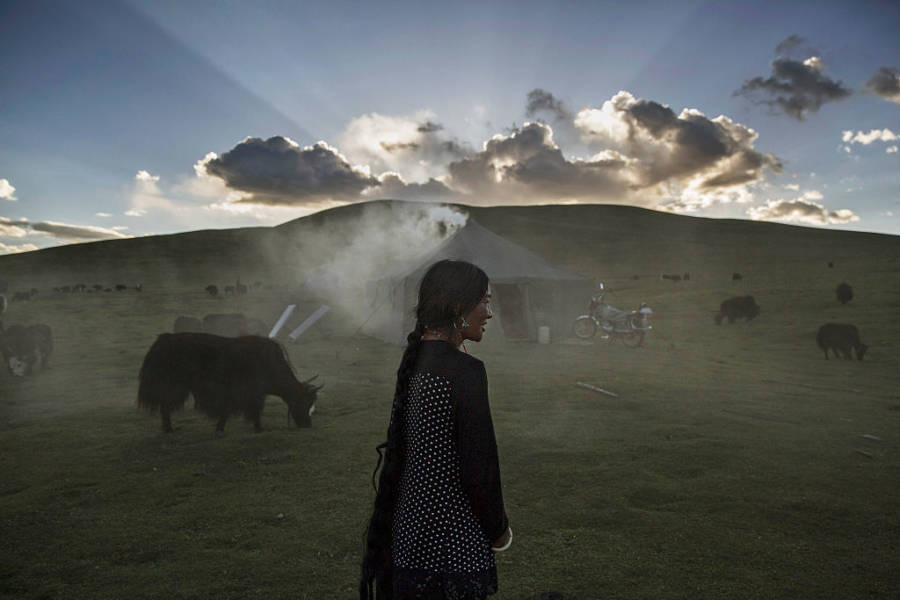 After Donald Trump pulled out of the Paris climate accord, China took the opportunity to assert themselves as leaders on the world stage.

President Xi Jinping called the treaty “a hard-won achievement” and scolded the US for walking away from “a responsibility we must assume for future generations.”

And — if you believe China’s state-run news agencies — they’re staying true to their word.

Xinhua, the main government news agency, reported this week that the province of Qinghai had run entirely off of renewable energy for seven consecutive days.

From June 17 through June 23, the region of 5.8 million people ran on wind, solar, and hydroelectric power.

It’s appropriate that this record-breaking run of zero emissions would take place in Qinghai. The region has the world’s largest solar farm and is located at the intersection of Asia’s three largest rivers.

“Qinghai is the country’s important warehouse of natural resources and it plays a vital role in the development of the nation’s green industry,” Miao Wei, China’s minister of industry and information technology, told China Daily.

China has also announced plans to spend $360 billion on renewable energy in the next three years, creating 13 million jobs in the renewable energy sector. By 2030, the country hopes 20 percent of its electricity will come from clean power sources. (They’re currently at five percent.)

Last year alone, the country spent $88 billion on clean energy — compared to the $58.8 billion invested by the US.

“Five years ago, the idea of either [China or India] stopping — or even slowing — coal use was considered an insurmountable hurdle, as coal-fired power plants were thought necessary to satisfy the energy demands of these nations,” a recent Climate Action Tracker report said. “Yet, recent observations show they are now on the way towards overcoming this challenge.”

“This stands in contrast to the decisions of the U.S. administration under President Trump, who appears intent on going in the opposite direction.”

Next, check out these 44 stunning photos of China before its communist transformation. Then, read about China’s new sex-ed curriculum that promotes a slew of progressive values.