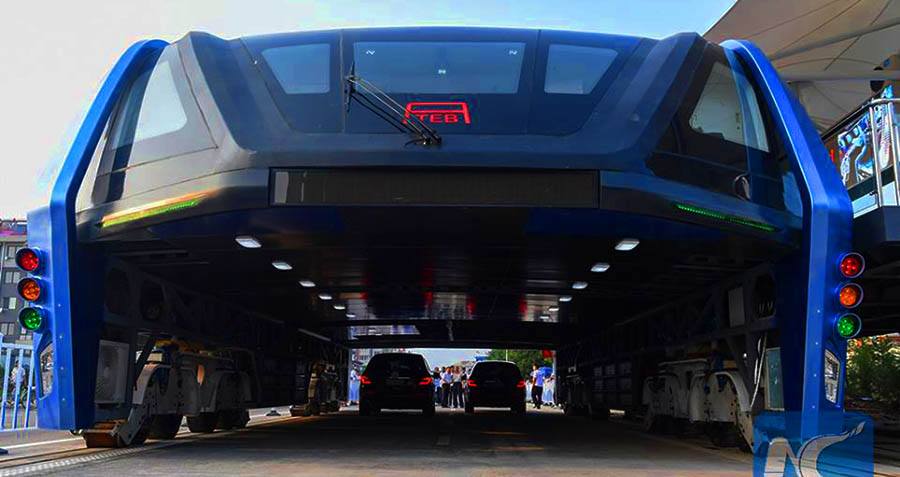 China debuted its “straddling bus” this Tuesday — reminding us that, in some ways, the future Blade Runner predicted is, well, now.

Officially called the Transit Elevated Bus (TEB), designers hope that the towering vehicle will ease congestion in major Chinese cities by allowing its passengers — up to 300 of them per bus — to move above crowded thoroughfares in the 72-feet-long, 16-feet-tall vehicle.

The bus offers around seven feet of space underneath for cars to travel through. When fully developed, engineers say that up to four TEBs can “link” together, carrying 1,200 passengers at speeds of up to 40 miles per hour.

The test run took place on a 300 meter-long track in the northeastern city of Qinhuangdao, Hebei province, Xinhua News reported. And while it moved quite slow — and critically on an isolated track, devoid of turns, stop lights, and general human activity — the run went off without a hitch.

Beyond improving traffic congestion, which project engineer Song Youzhou says the machine could reduce by up to 30 percent, TEB project members believe that it provides a cost-effective way for China to manage a growing population while also ensuring a cleaner future.

Indeed, Song says that each TEB, powered exclusively by electricity, will replace about 40 conventional buses and save over 800 tons of fuel. Likewise, Song says that the infrastructure required to fully implement the TEBs — such as elevated roadside platforms for passenger entry and tracks — would cost less than a subway and take only a year to complete.

At present, TEBs are projected for use outside of major cities, and so far Song says that five cities — Nanyang, Qinhuangdao, Shenyang, Tianjin, and Zhoukou — have signed contracts with the company for pilot projects.

Chinese newspaper The People’s Daily projects that the TEBs could be in use by the end of this year. Take a look at the specs below: 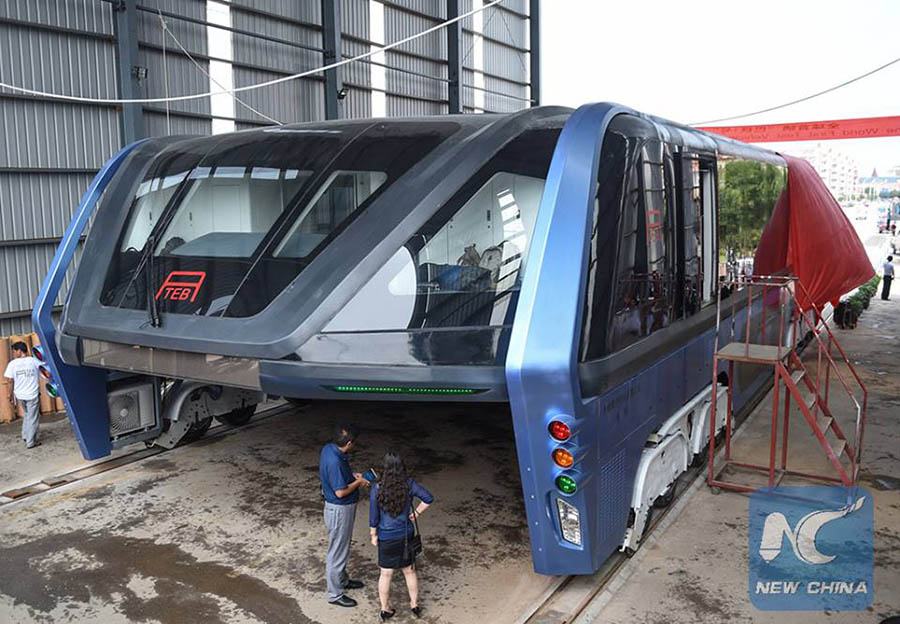 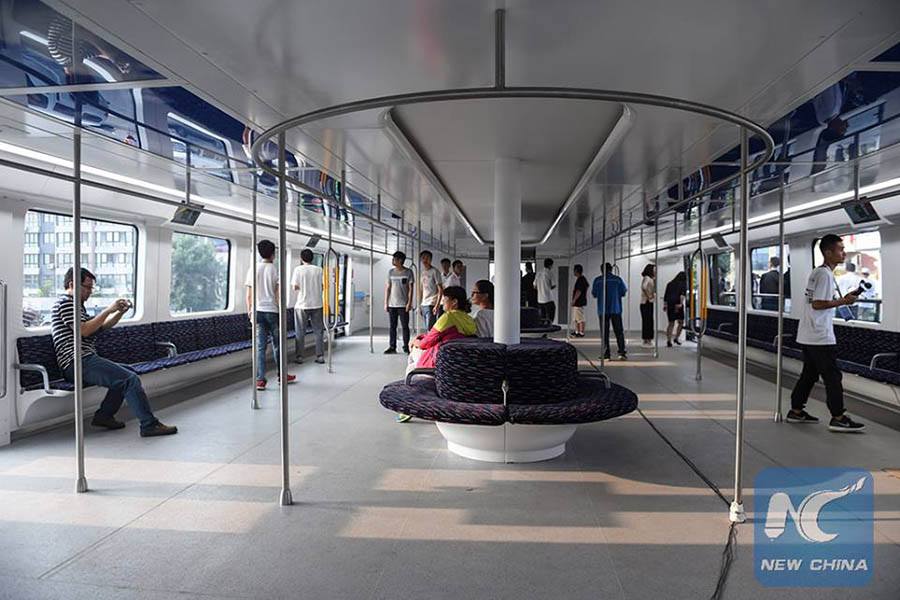 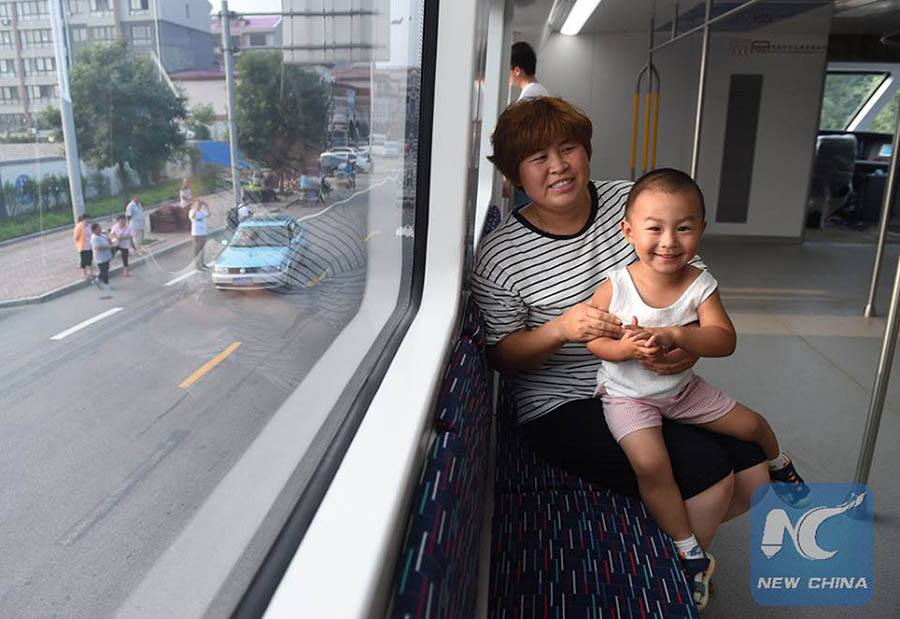 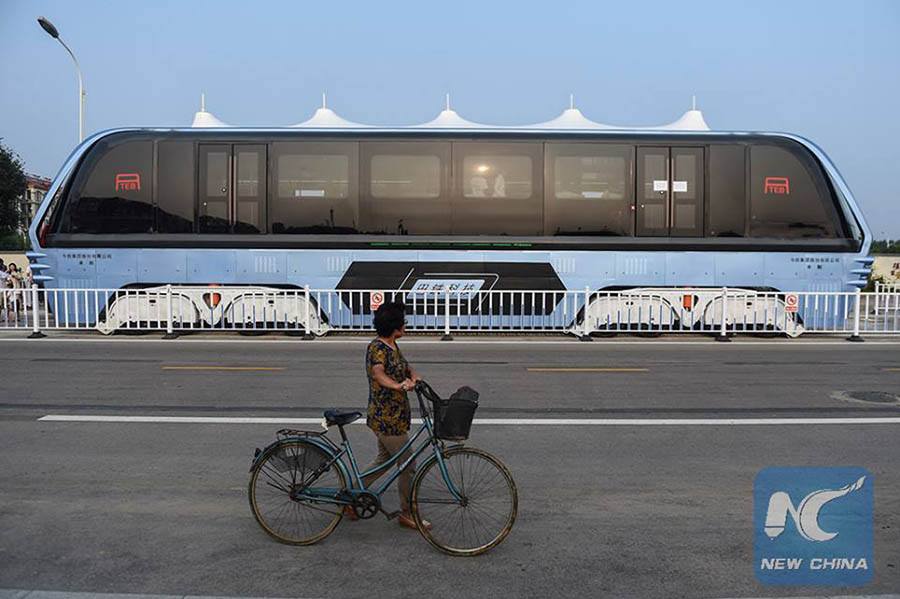 Next, learn why — considering China’s pollution problem — the TEBs could be such a help.