China Is Growing A Vertical Forest To Gobble Up CO2

This two-tower complex will remove 26 tons of CO2 from the atmosphere every year. 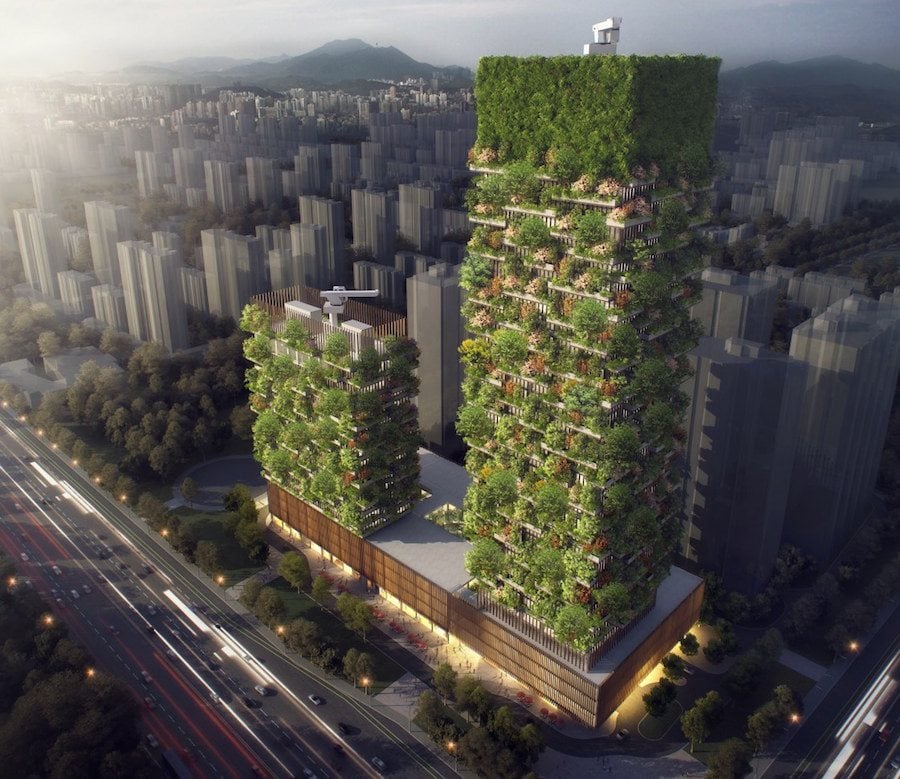 Italian architect Stefano Boeri has announced a plan to build a two-tower complex in Nanjing, China that will supposedly help eat up the carbon dioxide cloud plaguing the pollution-ridden city.

Calling it a “vertical forest,” Boeri plans to build 656 and 357 feet tall towers that will have 1,100 trees and 2,500 plants cascading off their rooftops and balconies. It’s his third such project, with one in Milan already completed and another planned in Lausanne, Switzerland.

According to Boeri’s website, the shrubbery will absorb 25 tons of CO2 and provide 24 tons of oxygen each year. This conversion rate roughly translates into 132 pounds of oxygen per day.

This is precisely what Nanjing needs. While eastern China is globally known for its bad air quality, Nanjing itself is especially dangerous. It recently came second-to-last in a Greenpeace list ranking air quality in 28 Chinese cities.

Still, Boeri will have to consider the amount of pollution that the construction of his designs will cause, according to Lloyd Alter, architect and editor at TreeHugger.

“[Boeri] tells a big story about how much carbon dioxide these buildings consume, but there is a huge carbon footprint to a new construction like this,” Alter told VICE. “One would have to calculate how many decades it would take before the trees make up for it.”

Alter adds that trees in constricted areas grow to be smaller than ones planted in the ground, meaning that not only will the environmental benefits be reduced, but that the actual look of the Nanjing towers will not match Boeri’s concept art. 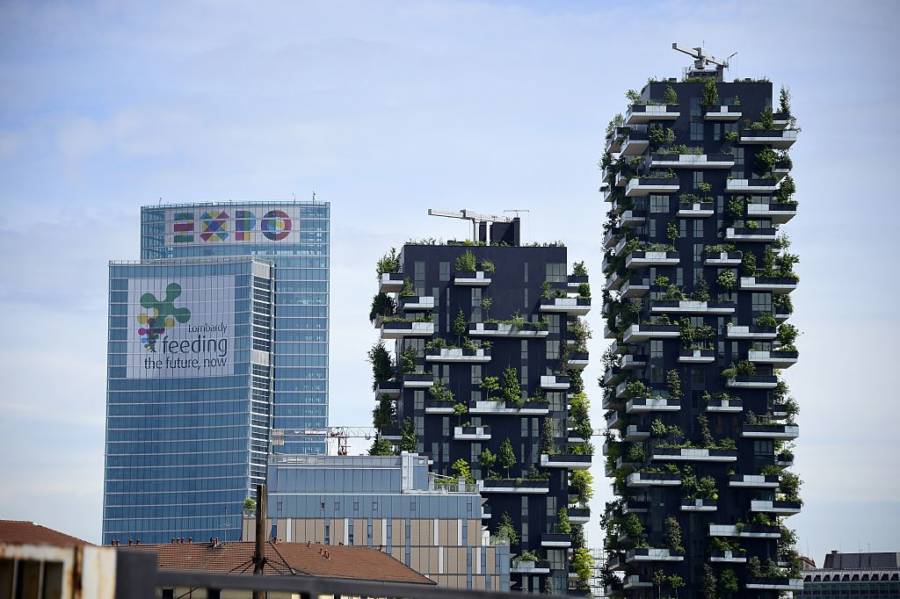 Still, Alter told VICE that having trees and plants in a city offer mental health benefits, saying, “I think they will look wonderful and will improve the outlook of everyone in their vicinity.”

As well as the greenery, the complex will hold a Hyatt hotel, a museum, an environmentally-focused school of architecture, offices, shops, restaurants and a rooftop club. It’s expected to be completed in 2018.

Next, check out some of the world’s most incredible vertical gardens. Then, see how Singapore’s sky gardens bring together sustainability and stunning design.